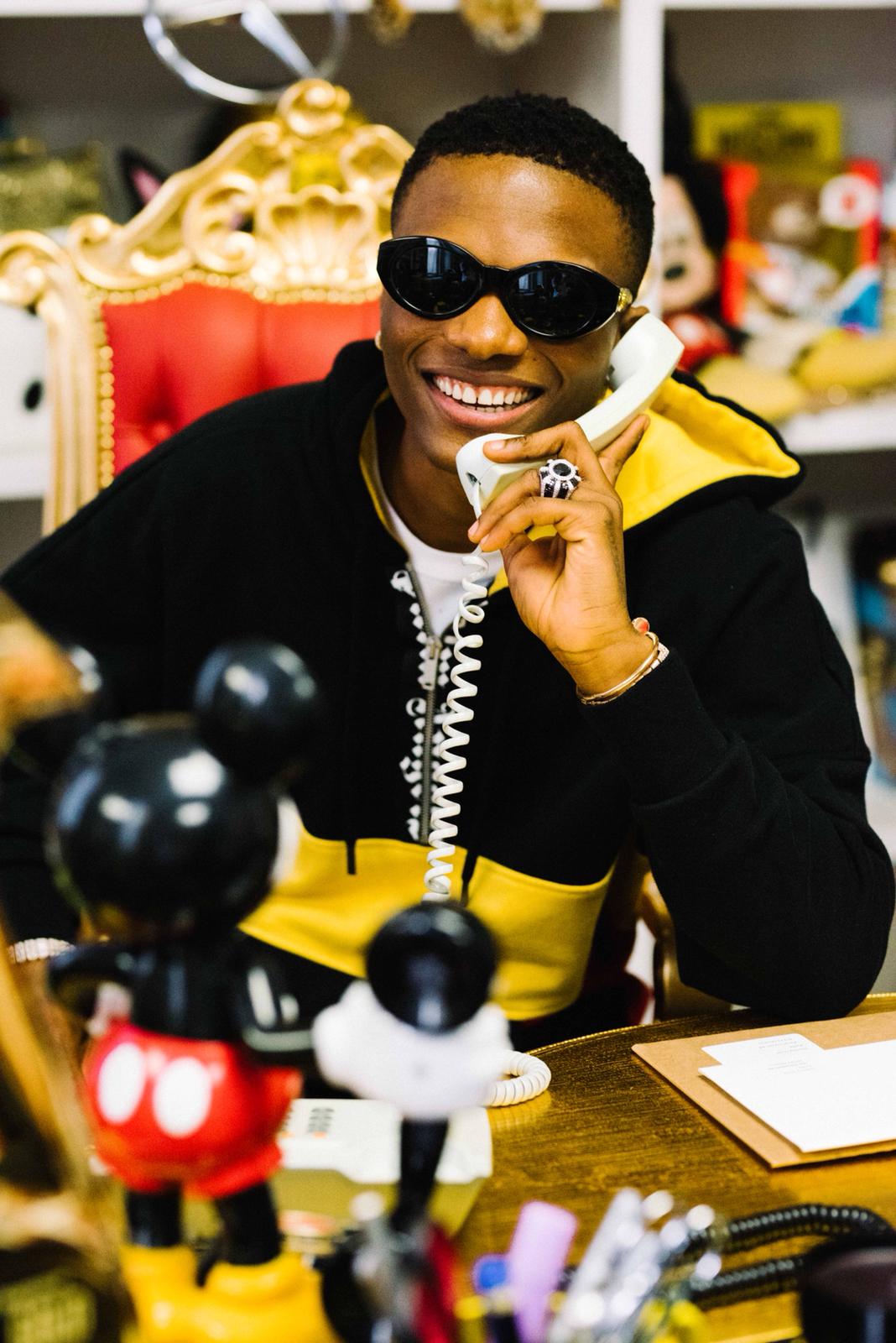 One of the biggest stories in Nigerian media on Thursday is the story of Oluwanishola Ogudu, the mother of Wizkid‘s first son’s experience as a co-parent with the singer.

Oluwanishola had said Wizkid missed 7 of his son’s birthdays, is not present in his life, delay payment of his fees and other needs, among other things. You can read all about it here.

The singer is unfazed about all that’s going on. He posted the following tweets this morning:

Abeg where can i get naija food in Milan ? ??

Here’s what people are saying about the trending story.

Ladies, the most important lesson is financial stability. Be able to own yours. Then, you can live on your terms.

Also, when female musicians don't carry their children too much you people will be ranting about bad mothering…
They also have busy lives but they find a way. You gotta find a way to be a good dad. She didn't make the baby by herself.
If she died at child birth nko?

Extremely busy but that woman made it to graduation from a class to the next. You should never be too busy for your child. https://t.co/sVWpwymNdV

Wizkid is the bad energy he was singing about ??.

Wizkid Stans’ rebuttal to this is really “Other Nigerian dads are trash, let him be trash too!!”

Lol you can’t make this up. Elite mental cage

Davido is WAYYY busier than Wizkid. Has 2 kids who live in 2 different countries. Davido faceTimes them, visits his kids, has a good relationship with their mothers, he introduced both his kids to each other, attends their birthdays etc.

There is NO EXCUSE for Wizkid.

Wizkid: Hello Shola, can I talk to Tife?

If wizkid was poor, she won't even keep that pregnancy ?. What's she living in a house of 2.1m rent annually and flying up and down for? Live within your means, Tife will be fine.

That was triggering & harrowing to read. That woman has tried, as in everything! Good cop, Bad cop, cajoling, thankful, anger, threats, compliments, prayers, blessings, curses…. At this point she's probably exhausted, and this feels like a last attempt for her child. Bless her.

Ladies, if your man is looking for ways to justify Wizkid's actions regarding this issue.

That is a RED FLAG.

EVERYTHING WAS NEW TO HIM & HE WAS TRYING TO COMPREHEND & HE SHOULD BE GIVEN TIME TO GROW UP or something! Mind you, Wizkid & Shola are the same age. A man is absent from his son's life & his family couldn't set him straight, they made excuses for him.

They condoned his irresponsibility & made excuses, I cannot imagine who was more rattled & shocked than Shola herself. She was young at the time, so was Wizkid. If Wizkid didn't want a baby with her, why prioritize pleasure over protection?

If he had used protection, we won't be here with a child he's absent from his life. Don't get me wrong, Shola is a victim her but Bolu is the biggest victim because he didn't beg them to have sex, he was on his own & they made him. Wizkid's family's excuse for him is silly

Wizkid will have his story on how she's milking him for money & fame, yeah we know he's said all sort but his behavior was absurd, childish & not responsible to his son. You owe your son everything including your time, things like this happen when children have children.

I can't even go further to start painting scenarios honestly but my own is, Bolu deserves his father & Shola deserves respect. Wizkid is a global star & he should be a better father to Bolu, he's growing & needs his father. Wizkid shouldn't deny him that, step up abeg.

Even Wizkid, as rich as he is couldn't give Shola his baby mama, money for business, but some girls will be seeing guys driving Toyota, with small 2 bedroom apartment & iphone, as poverty alleviation programme, because they're dating & having sex. Please hustle for yourself.

Wizkid: "I love my baby thats my baby
I will treat my baby right
Hold my baby tight"

Biola, sincerely speaking, I don’t think you read the lady’s story and the experience of the child. If you did, I don’t understand how you’d come up with this. I speak as a man (child) who knows paying school fees is NEVER and will NEVER be enough ever! https://t.co/3O9FMexDNW