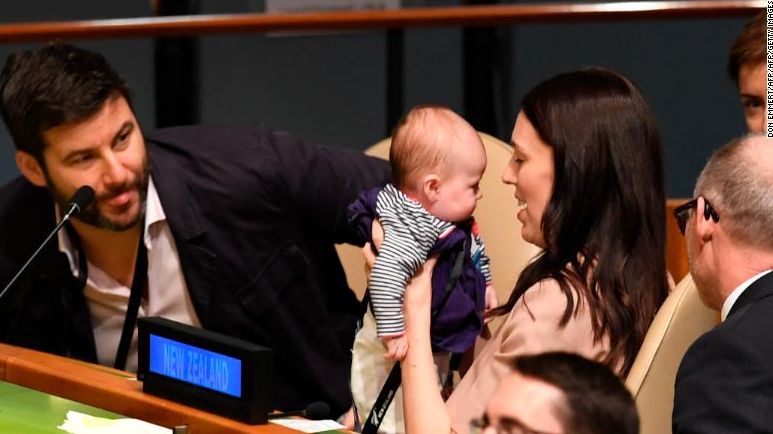 On Monday, New Zealand Prime Minister Jacinda Ardern made her debut speech at the United Nations General Assembly, and she wasn’t alone.

Accompanying Ardern was her 3-month old daughter Neve Te Aroha and her partner Clarke Gayford. The Prime Minister’s recent appearance makes her the first world leader to bring an infant to the UNGA.

During the six-day stay in New York, Ardern’s partner who put his job on hold to be a stay-at-home dad, will be Neve’s primary carer.