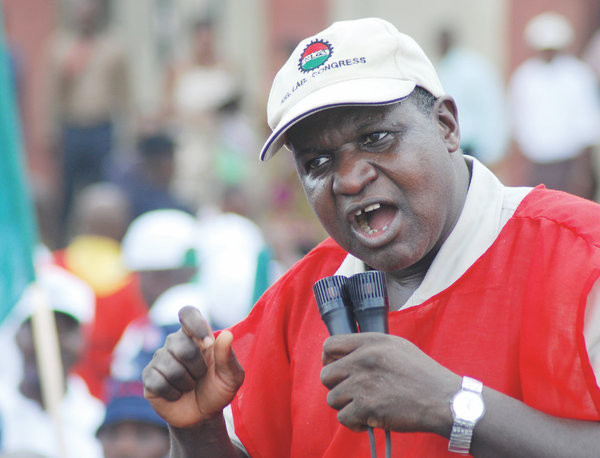 The Nigerian Labour Congress and the Trade Union Congress of Nigeria have declared a nationwide strike to kick off from Thursday 27th 2018.

The new directive follows the delay in negotiations for a new minimum wage by the Federal Government despite a 14-day ultimatum issued two weeks ago.

According to the Tribune the NLC President Ayuba Wabba sent messages to all affiliate unions on Tuesday morning instructing them to mobilize their members across the country and direct them to start the strike Thursday Morning.

A letter signed by the General Secretary of the NLC Peter Ozo- Eson have also been making the rounds. 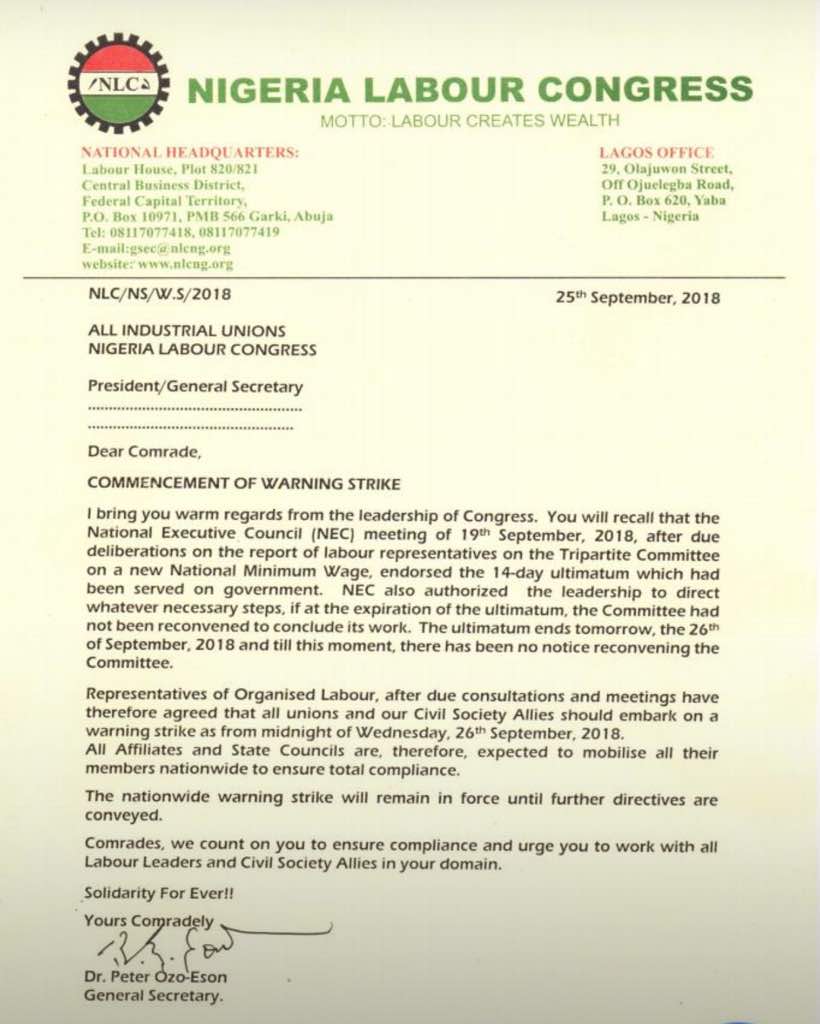