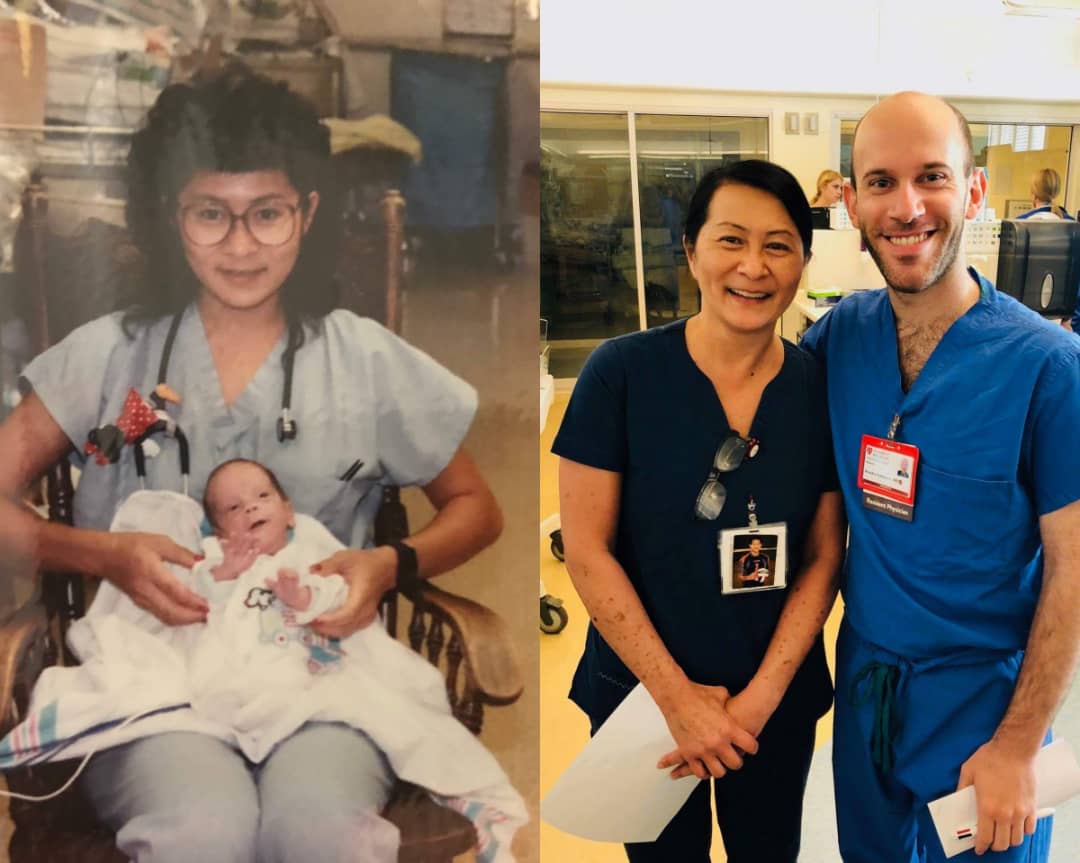 Brandon is now a second-year paediatric resident at the hospital, working in the neonatal intensive care unit (NICU).

When Brandon’s parents found out he was working at the unit, they told him to ask for Vilma and another nurse Kas Pilon, but he felt they had either moved or retired. He had been working in the unit for a month and had done so in 2017, before meeting Vilma.

Hospital policy dictates that all medical personnel must check in at the nurses’ station before examining prematurely born infants. When Vilma saw him, she asked, “Who are you?” and Brandon told her.

“I kept asking where he was from and he told me that he was from San Jose, California, and that, as a matter of fact, he was a premature baby born at our hospital. I then got very suspicious because I remember being the primary nurse to a baby with the same last name,” she added.

She then asked Brandon if his dad was a police officer.

“There was a big silence,” Vilma said, adding “and then he asked if I was Vilma.”

Brandon said: “Meeting Vilma was a surreal experience. She cares deeply for her patients, to the point that she was able to remember a patient’s name almost three decades later.” 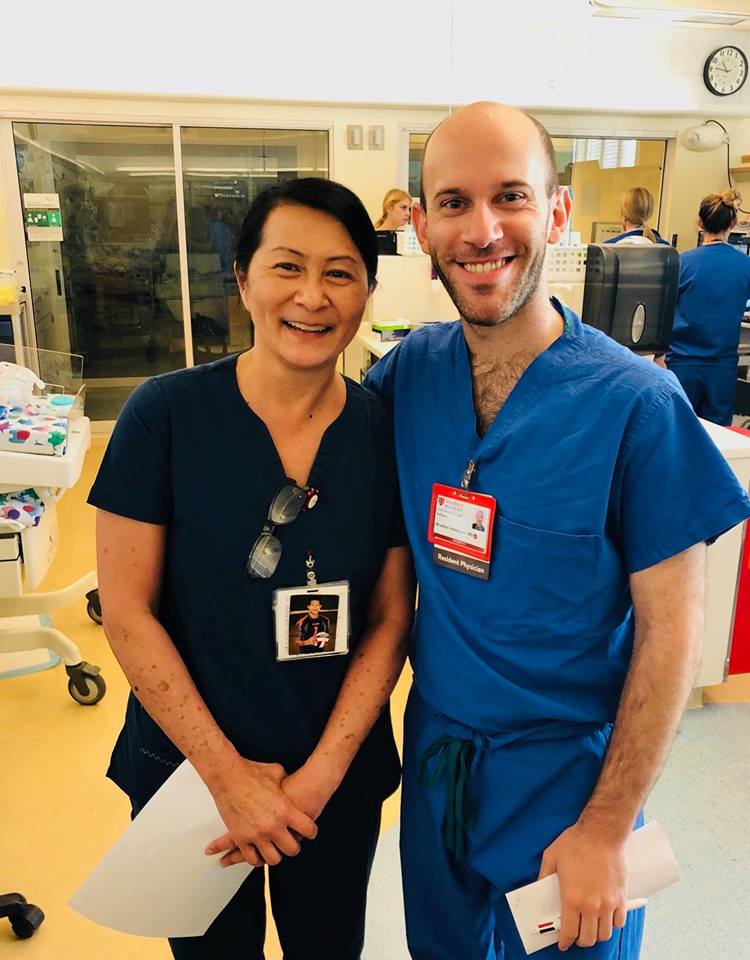 The hospital shared the story on its Facebook page and it has since gone viral.

Brandon texted his parents after meeting Vilma, and his dad, a retired police officer dug up a photo of Brandon and Vilma. 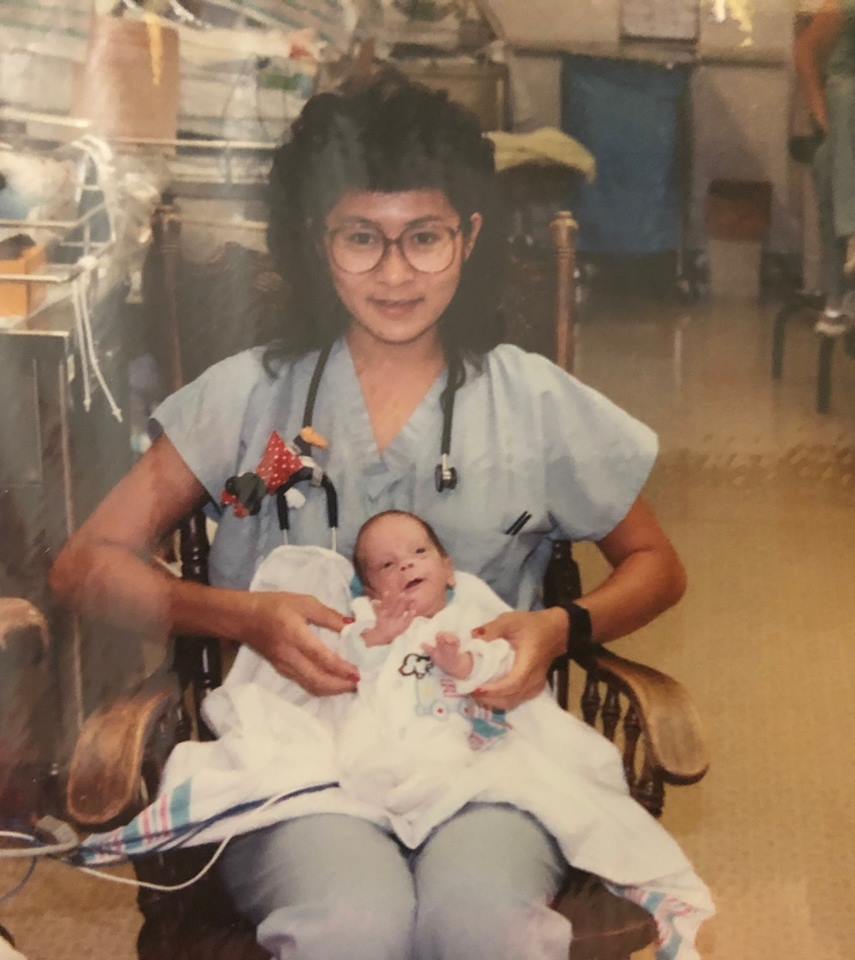 In the photo above, Brandon had just had his breathing tube removed and was able to eat on his own, according to Vilma.

Vilma, now 54 said: “As a nurse, it’s kind of like your reward,” when you meet a child you once cared for as an infant as an adult.