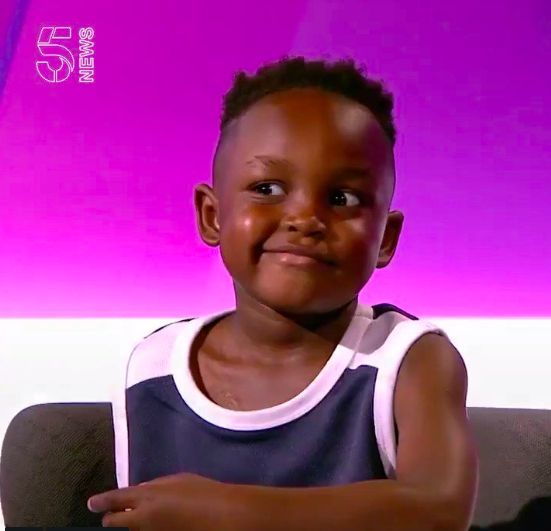 Micah Adjarkoh has gotten the attention of the world after he did something not all 4-year-olds can. Micah made headlines after a recording of him speaking to an operator after calling 999 when his mother collapsed.

The little chap and his mom, Chancelvie Ngoy were guests on UK’s Channel 5 News where Chancelvie relived the truly shocking moment when she collapsed and Micah reached for her phone and called 999.

Chancelvie who revealed that she thought she was going to die was just as surprised that Micah who only recently turned 4 would remember the emergency code.

Meet Micah, the four-year-old hero who saved his mum’s life by calling 999 when she collapsed.

His mum thought she was ‘going to die that day’ – Micah tells us how he feels about coming to the rescue. pic.twitter.com/ib03at9bTr