#OsunRerun: U.S. UK & EU "witnessed what appeared to be incidence of interference & intimidation of voters" | WATCH 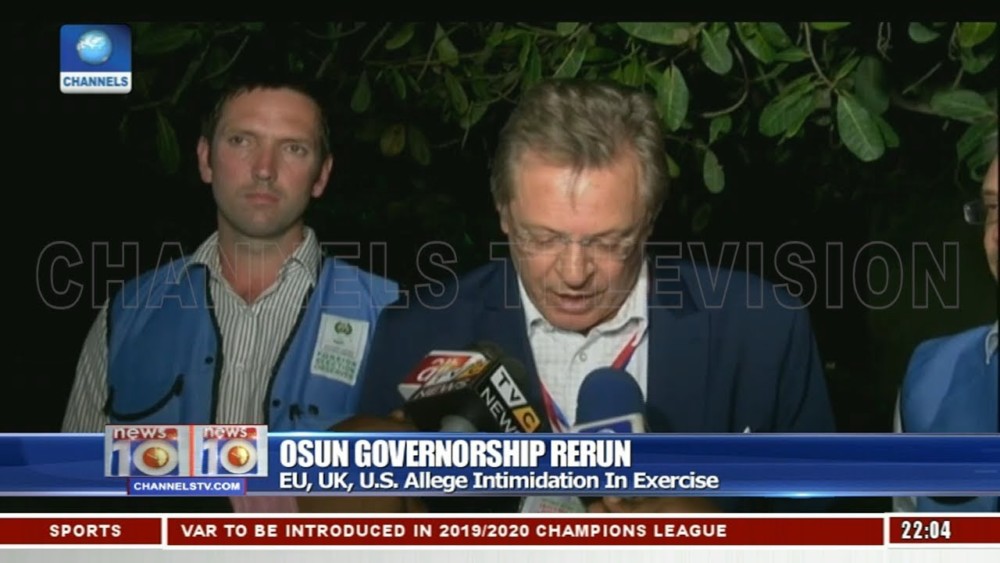 The missions of the U.S., the UK and the European Union have said that they witnessed incidences of interference and intimidation of voters during the Osun gubernatorial rerun election.

U.S. Consul General in Nigeria John Bray made this known while speaking to pressmen on the observations of the missions of the U.S. UK and EU, adding that it heard reports of harassment of party agents, observers and journalists.

Bray said the mission will be working with stakeholders to determine the facts, calling on them to remain calm.

Gboyega Oyetola of the APC was declared winner of the election.