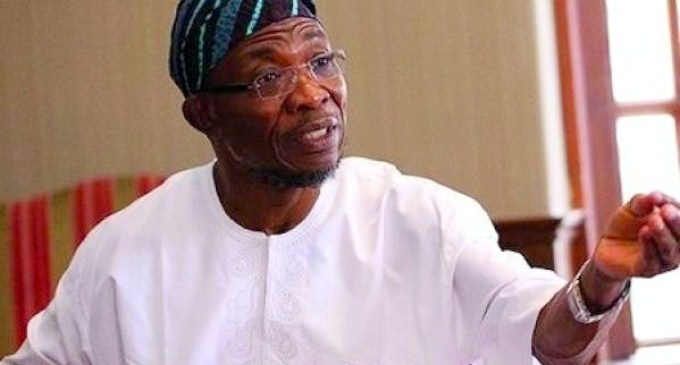 Immediate past governor of Osun state, Rauf Aregbesola, has described the judgement of the tribunal which nullified the legitimacy of the elected All Progressive Congress (APC) candidate, Gboyega Oyetola, as strange and unknown to law.

Vanguard reports that Aregbesola, in a statement titled “This Judgement cannot Stand”, said the people have rejected the decision of the court and believes it will be overturned at the appellate court. The statement reads:

We have the highest regards for the judiciary and we will continue to have high regards for the revered institution. However, we regret to note that the decision in the majority judgement, as can be seen from our subsequent observations, is strange to law and common sense. It certainly does not support the cause of electoral justice and may constitute the death knell for properly conducted elections. Therefore, with all sense of responsibility, we reject the majority judgment and believed that it will not stand scrutiny at the appellate court.

Two of the three judges on the panel in the majority judgment nullified elections in 17 polling units, and proceeded to calculate election results on their own to declare Senator Ademola Nurudeen Adeleke of the People’s Democratic Party (PDP) as the winner of the elections conducted in September 2018. The two judges also canceled the supplementary election held on September 27, 2018 and awarded victory to the PDP candidate.

There was no evidence of any act known to render election null and void in an election petition such as over voting, non-accreditation, ballot box stuffing etc. This much was highlighted in the dissenting judgment of the Chairman of the Tribunal in disagreeing with the majority decision.

Therefore, the most relevant question one would pose here is: should the tribunal allow APC to suffer as a result of the mistakes or omissions occasioned by the INEC staff? Certainly, no. It is rather shocking to good conscience that APC will be penalized for the error or mistake of INEC and its staff in this regard, even when there is evidence of validly conducted and concluded elections in the 17 polling units, especially where no miscarriage of justice has been shown to have been occasioned.

It is in view of the foregoing that we are going to vigorously pursue appeal against the judgement. We have the firm confidence that it will be upturned.