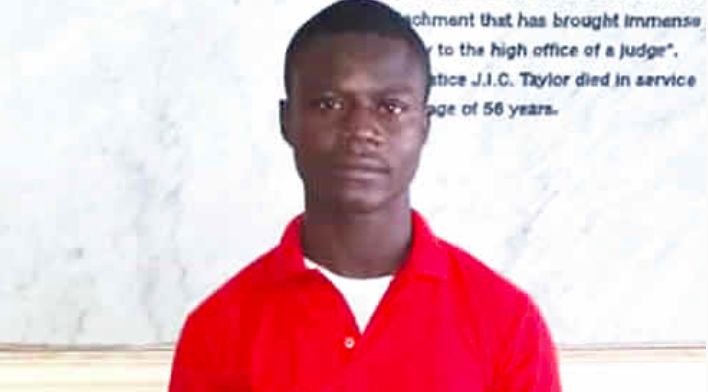 The Lagos police command has declared one Owolabi Ogunwande, 27 wanted after he absconded with a church member’s tricycle and goods worth about N100,000.

According to Punch, Owolabi, who only got to Lagos in March, had attempted suicided twice. The first time was on June 28 when he tried to hang himself with a rope but was rescued by a security operative.

Owolabi was taken to the Maroko police station, and it was reported that he tried to kill himself in the cell. He was later arraigned at the Igbosere Magistrate’s Court.

When he was charged to court, the agency was approached by an 85-year-old woman, who said she was interested in helping him. The woman said she believed he probably had mental issues.

Meanwhile, a non-governmental organisation, which also showed interest in his case, assisted in taking him to the Lagos University Teaching Hospital, Idi Araba, where he was committed to a mental ward for two weeks. The NGO paid about N80,000 per week to check his mental state.

After he was certified fit, the court released him and the elderly woman, who had offered to help him, took him to her house in Ikoyi. The woman put him in a mechanic workshop where he was an apprentice and she gave him N500 every day for transport. The woman also gave him a good room and fed him twice a day.

However, after a week, Ogunwande started complaining that the woman was making him suffer. One night, he ran away from the woman’s house.

A government worker later took Owolabi to a church where he was welcome. Some members were said to have donated money and clothing to him.

Owolabi later approached a businesswoman in the church and asked to work for her. She obliged.

“The NGO that paid for his medical bills at LUTH was still giving him N1,500 per day for his upkeep,” the woman who took him to the church said.

The businesswoman Abiola Osidele, who has a warehouse in the Surulere area of Lagos where she sells soda, said Owolabi worked for him for few days and returned with the money for the goods he supplied to customers.

On the day Abiola’s other worker wasn’t around, Owolabi went alone and did not return.

“He went with a full supply of goods, my tricycle and over N100,000. He was very jovial, respectful and cheerful. I never believed he could do this to me,” Abiola said.

One source said: “When we called his uncle before he fled and we told him that Owolabi wanted to kill himself, the man said he should go ahead. The uncle said he had been a thorn in his flesh and when he was coming to Lagos, he (uncle) worked for many days to raise N2,000 for his transport because he (Owolabi) said he wanted a better life.”

Lagos police PRO, SP Chike Oti who confirmed the incident said: “We want members of the public to be on the lookout for him. Because of his records of attempting suicide in the past, we are not just looking at a case of stealing, but we are afraid he may have also killed himself. So, people should also inform the police if they find any unidentified corpse. We hope that he is safe.”

For those going through any form of mental illness, don’t battle it alone. You can contact Mentally Aware, an organisation leading the battle against mental health stigma via Twitter or Facebook.

You can also call any of the numbers below: