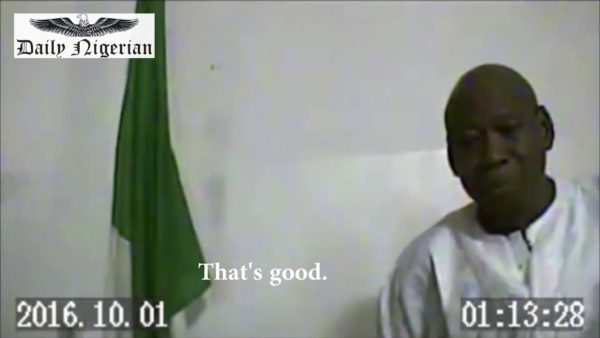 A video showing the Kano State Governor Umar Ganduuje allegedly receiving packets of money from unknown contractors, has been released.

The video becomes the second, after a first where the Governor was alleged to have received $230,000, a part payment of sums that reportedly amount to $5 million.

The Kano State Government had claimed that the first video, which was without an audio, was doctored.

The new video, shared by Daily Nigerian, contains audio and according to the news portal, has the governor pocketing packets of money.

Check the video out: