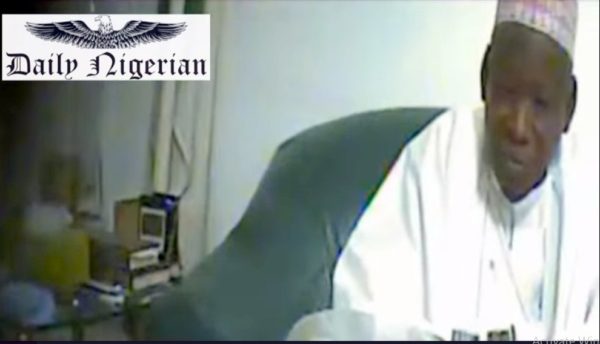 The transcript of a conversation between the Kano State Governor, Umar Ganduje and some unknown contractors in a video where he is alleged to be taking a bribe has been released.

The video, released by the Daily Nigerian without an audio, had been released in the past weekend, showing a man in the likeness of the governor receiving packets of monies from some people off camera.

The Kano State Government on Sunday released a statement saying the video footage was a doctored one, and denied collecting any bribe.

Premium Times has, however, reported that the video was released without an audio to conceal the identity of the contractors from the public.

Premium Times reported that a version of the video with the audio was seen by them, and they have published the transcript of the conversation. It read:

I think you should collect this money before anyone walks in.

I think you should put it on your body to conceal it with your babanriga.

MD will soon be back from Istanbul on Friday evening to give us the other allocations.

The video was reportedly shot in one of the living rooms of the governor’s official residence in his state, and shows the person hiding on himself the sum of $230,000, a part payment of a $5 million bribe.