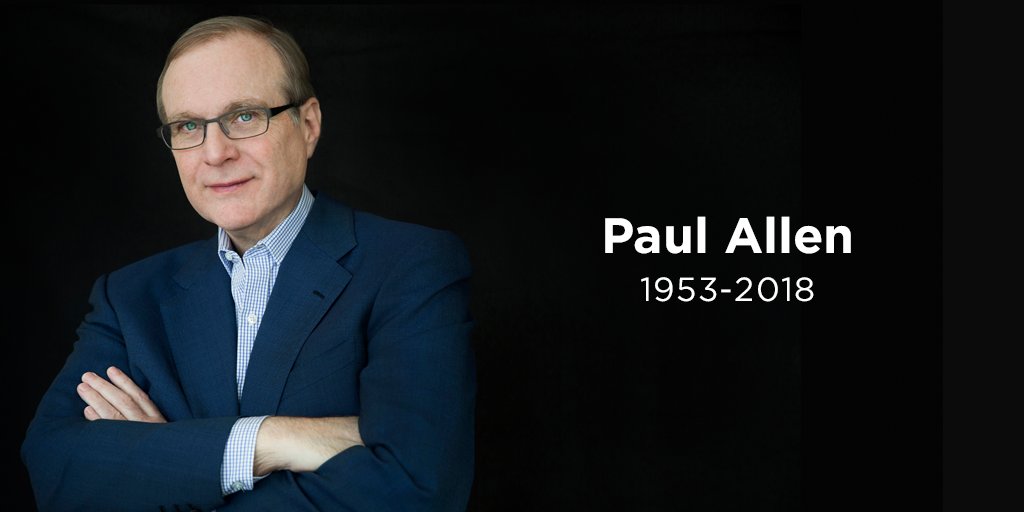 He died of non-Hodgkin’s lymphoma Monday in Seattle. He was 65.

He had tweeted two Mondays ago, announcing that the disease, which he battled in 2009 had returned.

“Some personal news: Recently, I learned the non-Hodgkin’s lymphoma I battled in 2009 has returned. I’ve begun treatment & my doctors are optimistic that I will see a good result. Appreciate the support I’ve received & count on it as I fight this challenge,” he wrote.

On behalf of his family, Paul’s sister, Jody Allen, released the following statement.

“My brother was a remarkable individual on every level. While most knew Paul Allen as a technologist and philanthropist, for us he was a much loved brother and uncle, and an exceptional friend.

Paul’s family and friends were blessed to experience his wit, warmth, his generosity and deep concern. For all the demands on his schedule, there was always time for family and friends. At this time of loss and grief for us – and so many others – we are profoundly grateful for the care and concern he demonstrated every day.”

His company Vulcan Inc., announced his passing in a statement on Monday.

It is with deep sadness that we announce the death of our founder Paul G. Allen, co-founder of Microsoft and noted technologist, philanthropist, community builder, conservationist, musician and supporter of the arts. Mr. Allen died on Monday afternoon, October 15, 2018, from complications of non-Hodgkin’s lymphoma in Seattle. Mr. Allen was 65 years old.

Microsoft’s CEO Satya Nadella has also released a statement on his passing.

Statement from Microsoft CEO Satya Nadella on the passing of Paul Allen: pic.twitter.com/1iLDLenLKz