Obi of Onitsha: It is time to end the "obnoxious" Osu Culture 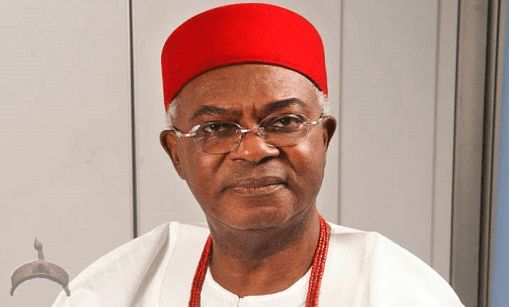 The Obi of Onitsha, Igwe Nnaemeka Achebe has called for the end of the “Osu” caste system, calling on all Igbos to fight for the abolishment of the culture in Igboland.

According to Punch, the monarch made this known on Thursday in Awka at a workshop by the the Initiative for the Eradication of Traditional and Cultural Stigmatisation in Our Society (IFETACSIOS).

The “Osu” culture is a practice in Igboland where people are discouraged from interaction with a group of people (Osus) who are regarded as slaves/descendants of slaves.

“There is the need for people from all parts of Igbo land to come together and agree that this obnoxious cultural practice, which our fore fathers introduced, no longer have effect on us and our children.

We are happy with the coming of IFETACSIOS group on this project and we are going to collaborate with them to ensure we end this bad culture that has held our people backward for many years now,” Igwe Achebe said.

Related Topics:Igwe Nnaemeka AchebeInitiative for the Eradication of Traditional and Cultural Stigmatisation in Our Society (IFETACSIOS)Obi of OnitshaOsuOsu Culture
Up Next