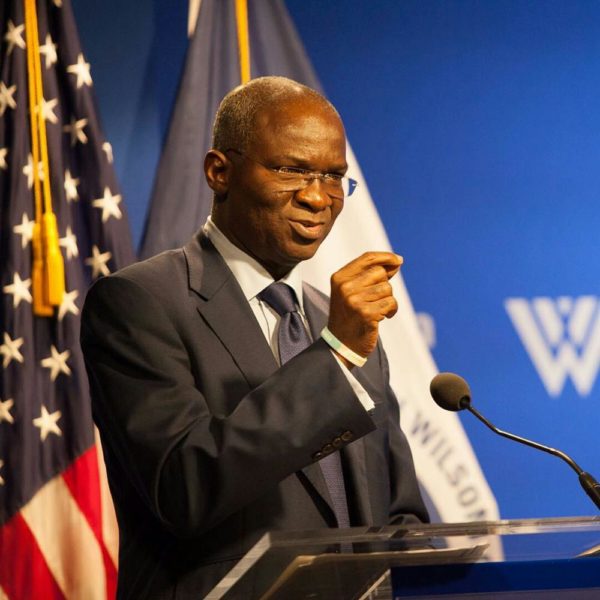 Minister of Power, Works and Housing, Babatunde Fashola, has said that his party, the All Progressives Congress (APC), did promise change but not in four years.

Guardian reports that Fashola said this at the inauguration of President Muhammadu Buhari’s 2019 campaign in Ikeja, Lagos State.

In 2014, we said we would change Nigeria but we did not say we will do it in four years. This election therefore is a choice between going forward to the next level or backward because the work has already begun.

Since I became a minister, the president has never interfered in what I do. He has never lobbied me for contract and I can assure you that it is like that with other ministers.

The oil revenue the former government took advantage of, what did they use it for?

We have watched what happened in 16 years of nothing to show. Some people are trying to rewrite history now. You don’t sack a good employee. If they are living in delusion and say it was good governance, why did they lose the job? In 2017, the budget on the Lagos-Ibadan Expressway was cut from N30 billion to N10 billion. You know who was presiding (then).

Buhari has inaugurated an infrastructure development fund to ensure that Lagos-Ibadan, Second Niger Bridge and Abuja to Kano Road would never suffer funding problem again. Just yesterday, the two contractors on the Lagos Ibadan Expressway got a total of N15 billion to continue the work. The same thing is true of the Ikorodu-Sagamu Road. That road, for 16 years, was nothing to write about.