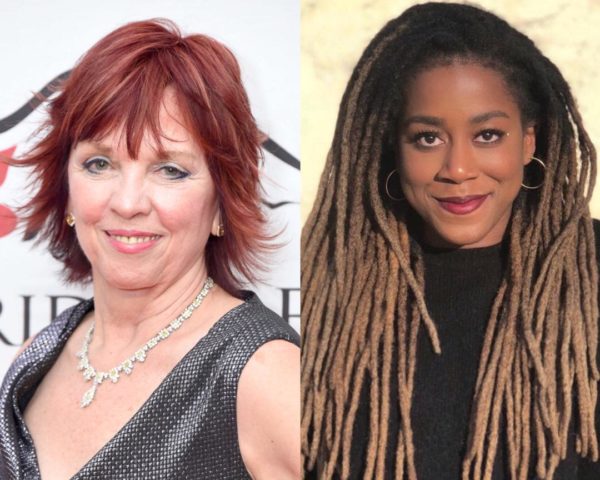 Nora Roberts isn’t at all happy with the accusation made against her by Nigerian-American writer Tomi Adeyemi.

Although Adeyemi tweeted an apology, explaining that Roberts reached out to her to clarify, she did not take the accusation down, leaving fans to continue to criticise the writer.

Roberts, writing on her blog, addressed the issue in a post titled “Mob Rule on Social Media.”

The long post has an obviously upset Roberts revealing that her team reached out to Adeyemi’s asking that the tweet be taken down, and no reply has been given.

I’m not on Twitter. I’ve said before and will say again, I’d rather be poked in the eye with a burning stick than tweet. I’m only on Instagram and Facebook because the amazing Laura runs the show.

I write. I spend my days working, my evenings either working or with my family. Or zoned in front of the TV, basically brain dead.

I don’t spend much time on social media. I recognize its power, I appreciate its ability to connect writers with readers. And I also understand how easily it can be weaponized to incite flame wars. So I’m very careful with my use of it–and Laura is even more so.

I write. It’s what I do. What I love and what I’ve spent three decades learning how to do well. Or as well as I possibly can.

But there are a lot of authors who spend a great deal of time on social media. Some are absolute geniuses with the tools, and use them beautifully.

Others. Not so much.

Recently another writer used her social media forums to baselessly, recklessly accuse me of stealing the title of her book–which is bullshit right off–to attempt to profit from this theft. She had no facts, just her emotions, and threw this out there for her followers.

First, let’s address the particular title which happens to be similar. I titled this particular book, wrote this book, turned this book into my publisher nearly a year before her book–a first novel–was published. So unless I conquered the time/space continuum, my book was actually titled before hers. Regardless, you can’t copyright a title. And titles, like broad ideas, just float around in the creative clouds. It’s what’s inside that counts.

By accusing me, in public, of attempting to ‘shamelessly profit’ off of her creativity, she incited her readers into attacking me–on her feed, then on my pages, then on the internet in general. She did nothing to stop this. I have been accused of theft, of trying to use this first time writer–whose book has been well received–for my own profit. To ride her coattails as I have no originality. This after more than thirty years in the business, more than two hundred books.

I was accused of plagiarism–for a title–of stealing her ideas–though I had never heard of her book before this firestorm, have never read her book.

And trust me, I never will now.

This is what happens when a reckless statement is made on social media. It becomes a monstrous lie that spreads and grows and escalates.

I don’t know this woman; she doesn’t know me. She lit the match, foolishly. Perhaps being young and new and so recently successful she doesn’t fully understand the relationship between a writer and her readers, or the power of an ugly insinuation posted on Twitter. But, God, you should know how tools work before you use them.

We should all take a lesson here. Think, then think again, before you post. Be sure of your facts before you take a shot at someone. Be prepared for the vicious fallout once you do.

Could you have dug a little deeper to check facts? Could you have contacted the person in question and had a conversation? In this case–writer to writer–could you have spoken to your publisher, your agent, about the fact that a title can’t be stolen in the first place?

Could you have, perhaps, checked the timeline? If your book came out a few months before the other book (and if you know SQUAT about publishing) you’d certainly realize it was written, titled and in production when yours hit the stands. So how could a damn title be ‘stolen’?

To be accused of plagiarism by some faceless reader on the internet, one who felt entitled to spread that lie gutted me. I’ve been plagiarized, and will always have an open wound from the blow. To me, plagiarism is the most terrible sin a writer can commit.

I have worked my entire career to build a foundation of professionalism, of teamwork with my publisher, to create a community with other writers, and to show readers I value them–not just with communication, but by doing my best to give them good books.

No one who knows me would believe any of these accusations. But that’s the problem. Those making them don’t know me, they simply lash out because they can.

This foolish and false statement has damaged my reputation. Vicious and ugly accusations and names have been tossed at me when I did nothing but write and title a book.

While this writer issued a kind of retraction after I reached out to her, it didn’t stop some of her readers from calling me a liar, and worse. We reached out again, asking her to put out the fire.

I had every intention of letting this go, until the flames kept burning, until the attacks kept coming. And nothing was done by the person who lit the match to stop it.

I don’t like taking my issues public. But I will stand up for myself. I will defend my integrity and my reputation and my work.

I’m appalled by this, sickened by it. I’m disgusted that people who don’t know me would feel free to say vicious things about me. I know very well the anonymity of the internet can foster such nastiness, but it still disgusts me.

Words have great power–to harm, to heal, to teach, to entertain. A writer, one who wants to forge a career with words, should understand that. And use them, as well as the tools at her disposal, wisely.

I’ve very deliberately not mentioned the name of the writer who started this, or the title of her book or mine. I don’t want this to escalate any more than it has. I don’t want my readers to go on the attack. It’s not cool. I simply want to set the record straight.

I’m Nora Roberts. I’m a hard-working writer, and an honest one.