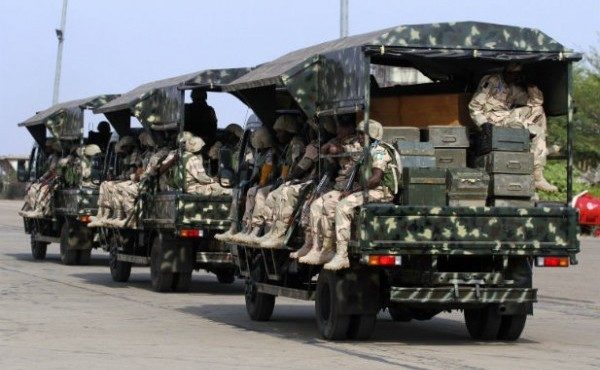 One person has been reported dead after officers with the Nigerian Army shot at protesters in Rivers State.

According to Punch, youths in Nkpolu Community in Obio/Akpor Local Government Area of the Rivers State took to their streets to protest a recent flooding when the shooting happened.

A policeman who was said to be on the scene to restore peace reportedly lost his rifle, while another was said to have been wounded by the youths.

The deceased protester, Aleruchi Woko, was said to have died on the spot, while 4 others sustained gunshot wounds.

Aminu Iliyasu, the spokesperson of the 6 Division of the Nigerian Army, Port Harcourt, has however denied the claim that a protester was killed by soldiers. He said.

It is cheap blackmail to say that soldiers killed anybody. They smashed the windscreens of our vehicles, including that of the escort. The mob threw stones and other objects at them (soldiers and the government officials).

For them to extricate themselves and because of the blockade, they (soldiers and government officials) had to turn back to base. In this era of social media, if somebody was killed, you would have seen it all over the social media.