With Lemonade Finance, you can now send Money from Canada to Nigeria & from Nigeria to the UK, Europe for Free

At the just concluded 2018 AFRIFF Globo Awards, two unexpected films by young filmmakers took home the Best Nigerian film(Delivery Boy) and the Audience Prize(Kasala). Delivery Boy(2018), a 66-minute pulsating piece was directed by Kunle Adejuyibe better known as Nodash in the industry. His day job is as a cinematographer who has lensed music videos, commercials and films such as The Encounter, Isoken, In Line, The Bridge, lensing films for Directors; Kunle Afolayan, Tope Oshin and Tolu Ajayi. 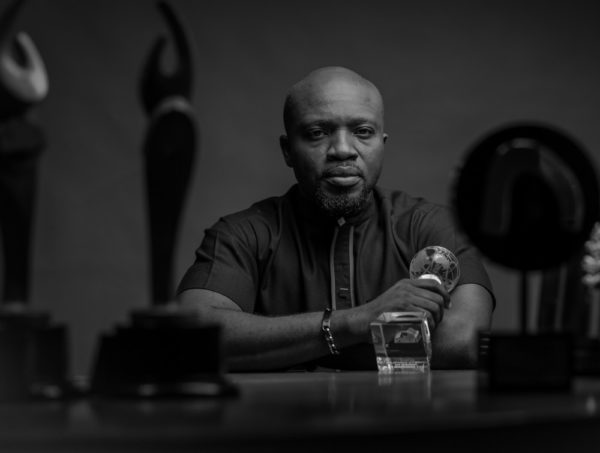 Nodash’s early career was making music videos, short films and TV shows for many years; along the way he got frustrated with “cinematographers” who couldn’t deliver on his vision and decided to teach himself, morphing into one of the top cinematographers in the country and travels the world with his team. He is a self-starter and lives by his own version of the Seth Godin saying “Don’t wait to get picked, pick yourself”. What Nodash has done with Deliver Boys is remarkable, shooting a quality Action-Thriller with no budget is not easy by any stretch of the imagination. That, Delivery Boy(2018) is a better directed, shot and edited film than 90% of Nollywood films with significant budgets in the cinemas in the last decade, is just extraordinary.

Similar to what Indie filmmakers, Robert Rodriguez, Richard Linklater and Kevin Smith did with El Mariachi (1992), Slacker (1990) and Clerks (1994) respectively. They were young directors with not much money but passion and skill set to tell stories on the screen. Nodash has done this in Nigeria, despite lack of funds, power challenges and all the other things usually listed as reasons films turned out bad.

Delivery Boy is an engrossing dive into the lives of a suicide bomber and a streetwalker, who meet by fate and embark on a ride which will forever change their lives. Lead actor, Jamal Ibrahim’s intense performance is worthy of note. Nodash balanced, action, suspense and thrills to create a compelling piece of cinema. The 66 min passion project shot since 2015 just completed post-production and was viewed by the cast for the first time at the festival. Shot over 5 nights and multiple locations, there were challenges of replacing a key actor. Similar to what Shane Carruth did with his Sundance Winning film Primer (2004), Nodash was the writer, director, producer, cinematographer and editor. Why? There simply weren’t the funds to hire anyone else to fill those roles, this was a passion project.

Delivery Boy takes on several important issues, domestic terrorism, the kidnap of boys to reprogram them and turn them into suicide bombers. And a key issue we as a society either chose to ignore or think is not important, the sexual abuse of young boys. Many Nigerian young men had their first sexual experience as pre-teens, statutory rape. In the hands of aunts, older female neighbours, older cousins, friends of their sisters, housemaids and in some cases, older men, such as uncles, lesson teachers, and guardians. He tackles these issues and shows how such early trauma shaped the adults these characters became.

Male sexual abuse is dismissed, the boy is seen as lucky, to have had sex so early and frequently without chasing or paying for it. It’s an indictment on us as a society on how we have failed young men in Nigeria and fuelled toxic masculinity in the process.

Nodash with Delivery Boy has joined the pantheon of filmmakers around the world who despite limited resources, made films which are as good as (on a storytelling level) as most films with 7-8 figure budgets and better than a lot of them. Proving something I have always believed, the budget is less important than the skill set of the filmmakers telling the story with that budget. Sam Raimi(Evil Dead), Spike Lee(She’s Got to Have it) are filmmakers, whose earliest films, exhibited their filmmaking prowess, despite their financial limitations. 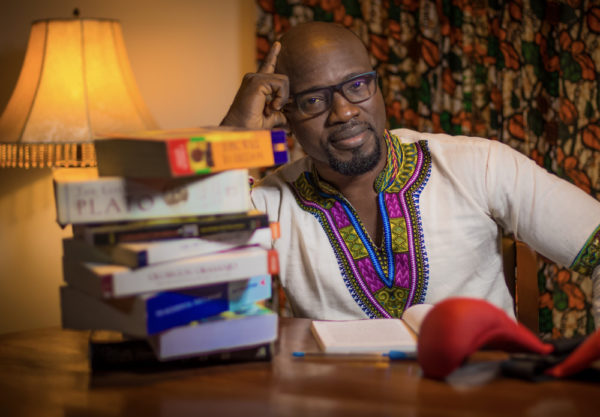 The normal reaction to citing European or North American low budget triumphs; how Nolan made The Following (1998) for $6000, Carruth made Primer(2004) for $7000, is the classic response, “Stop it! That is Yankee, this is Nigeria, they don’t have our challenges They don’t…” Nodash with Delivery Boy has disproved that theorem. CJ Obasi (Hello Rain) did similar no/low budget genre films with Ojuju(2014) and O Town (2015), the former, also a Best Nigerian Film Winner(2004). Ema Edosio, whose film Kasala! Won, the Audience

The prize is also a low budget triumph and it’s one of the best Nigerian films of 2018. The audience at Light Camera Africa, in October, also loved it. She, like Nodash, was the Director, Cinematographer, Producer and Editor because there were no funds to hire anyone in those roles.

A remarkable thing about these triumphs is the contrasting experience the directors initially had discussing with distributors. The initial rejection of these films because they “aren’t marketable”, “have no knowns faces”, “not a comedy”etc.

Delivery Boy is a reminder that there are skilled filmmakers out there, capable of making genre films, all they need is the appropriate financing. If this could be done, in 5 nights, and no budget imagine the possibilities with N20- N30m, adequate pre-production, shoot time and post-production.

In his book, The Tipping Point, Malcolm Gladwell says “To create one contagious movement, you often have to create many small movements first.” Low budget triumphs, Confusion Na Wa, Ojuju, A Mile from Home, Delivery Boy, Kasala are small movements, this momentum needs to be maintained. This is a tipping point for filmmaking in Nigeria, we can either let this moment pass us and fall back on the same way we have been doing things from inception, which audiences are bored with. Or we can seize the day and springboard to our next level of evolution, opening up the film landscape to multiple stories, genres and storytellers. No more limitations. No more deciding for the audience what they want. “It’s a mistake to assume people know what they might want because without knowing what’s possible, they ask for too little.” The choice is ours.

You can watch the teaser below:

BIO: Olu Yomi Ososanya is a film culturist, screenwriter, filmmaker and video essayist. He has written on TV shows, The Station, Edge of Paradise, The Johnsons, Inspector K and  Africa Magic ’s prime time shows, Battleground and Ajoche – reviews for the Durban International Film Festival(DIFF) and contributed essays to The Guardian, Shadow & Act, The Spark and The Native Mag.
—————————————————————————————————————————————–
Sponsored Content

Fell all The Love and Beauty at Nneka & Koyin’s Wedding!