We Love All the Vibes from Daniela & Angelo's Beautiful Wedding

Priyanka Chopra and Nick Jonas said their I do’s over the weekend with a number of festivities. The ceremony started with two grand ceremonies over the weekend in India before the western wedding took place. It was a symbolic way of celebrating their different backgrounds. Speaking on her excitement, the Quantico Actress stated on her Instagram:

Being able to have two big weddings, in India, with our closest family and friends was unbelievably special.

The first of the Indian ceremony was Mehendi which is typically a Hindu wedding rite that happens one or two days before the wedding. In this ceremony, all of the women in the bride and groom’s families alongside their close friends, gather together has the bride is elaborately decorated with henna designs to her hands and feet. For this ceremony, Priyanka wore a 48-multipanelled organdy sherwani embellished in silk detailing with two organza layered drapes. While Nick wore a pale pistachio green/aqua Banarasi cotton Bakhiya kurta, embellished in embroidery. 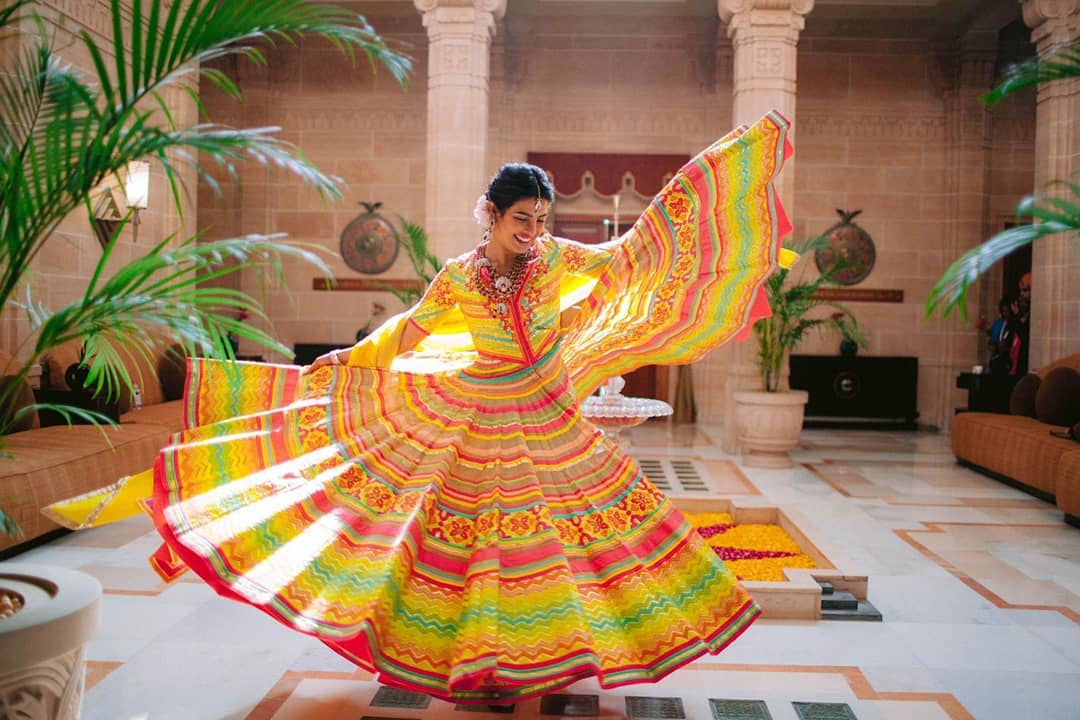 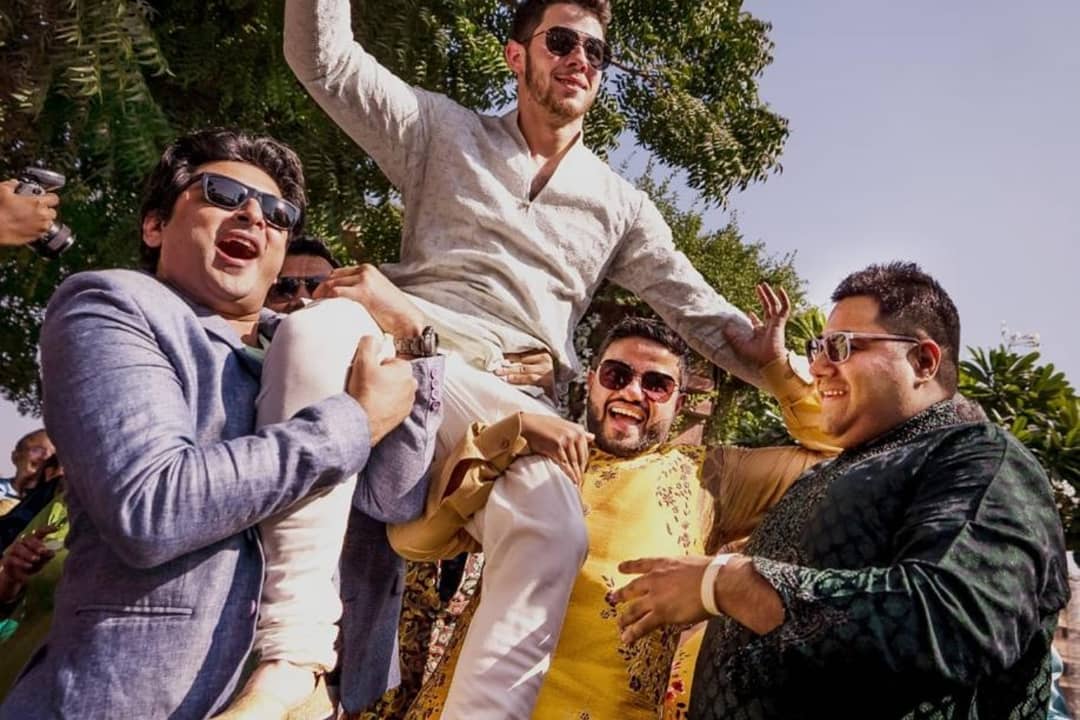 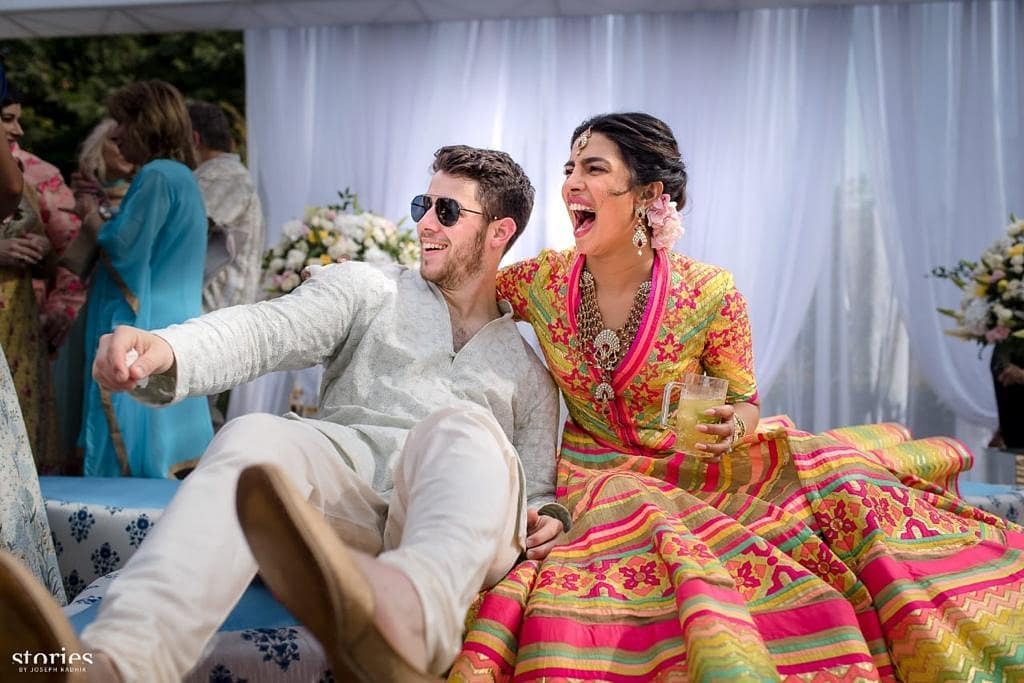 Reliving the ceremony, Priyanka shared about the merge of cultures:

One of the most special things that our relationship has given us is a merging of families who love and respect each other’s faiths and cultures. And so planning our wedding with an amalgamation of both was so so amazing. An important of the pre-wedding rituals in an Indian wedding is the Mehendi. Once again we made it our own and it was an afternoon that kicked off the celebrations in the way we both dreamed. 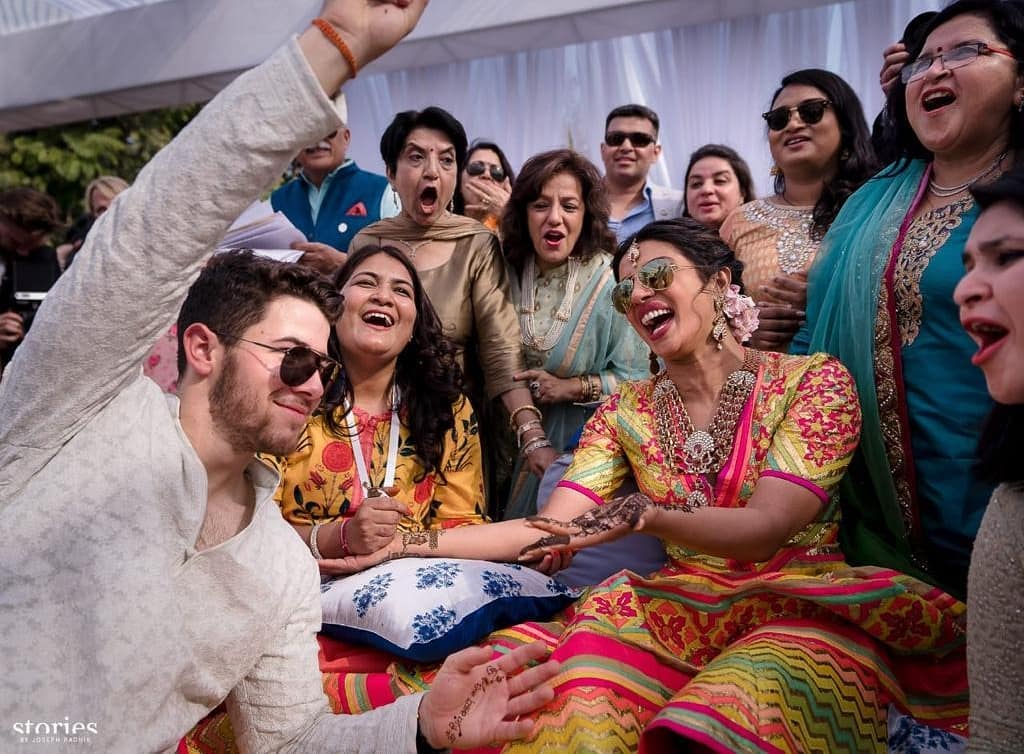 Then the couple had the Sangeet musical in the Jodhpur’s Umaid Bhavan Palace, where both families of the couple performed songs and dances relating to the couple. Priyanka Chopra wore an embroidered sequins sari in gold and silver and Nick Jonas wore in a midnight blue sherwani (a traditional Indian frock coat) with silk thread detailing, both created by Abu Jani Sandeep Khosla. 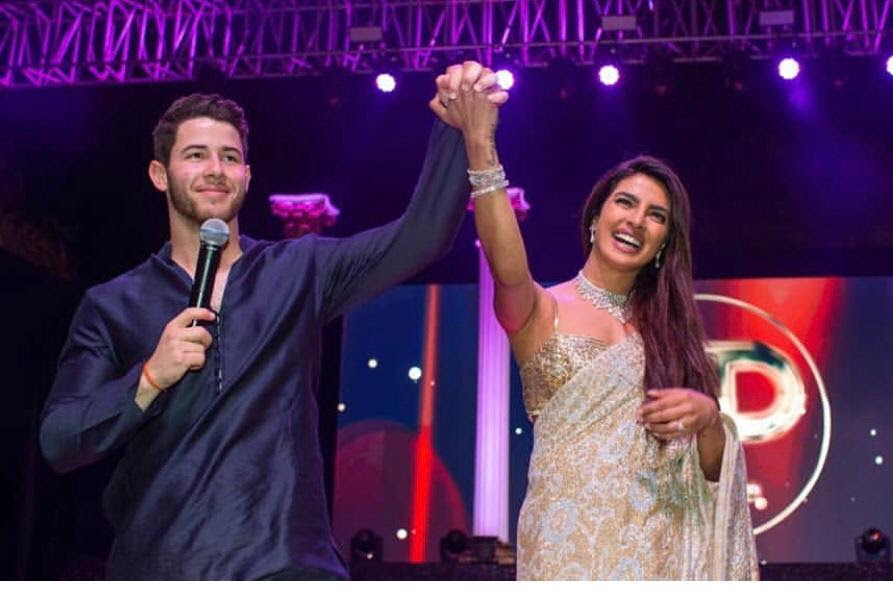 The bride’s cousin, Parineeti Chopra gave us a glimpse of what went down at the musical:

For our SANGEET , the Chopra family decided to depict Mimi Didi and Nick’s love through skits, scenes and songs. – fully Bollywood style!! The whole family rehearsed for days and days. And we were ready to beat the Jonas side hollow!! But when the lada walkas came on stage, they stumped us. They had been rehearsing for a long time. They sang and danced LIVE, including lip syncing Hindi songs!! Damn,we should have known. All of this- but the spirit of competition was overpowered with love, happiness, laughs, whistles, cheering and noise! Wow, wow, wow. WHAT A NIGHT. P.S. We shared the trophy ? 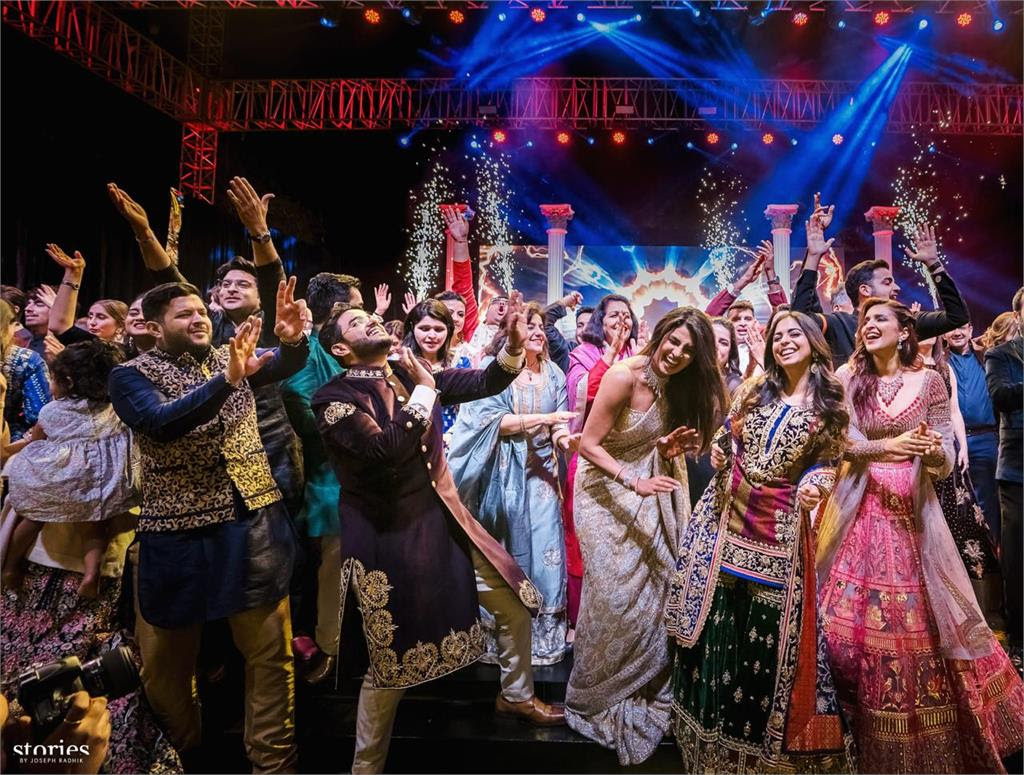 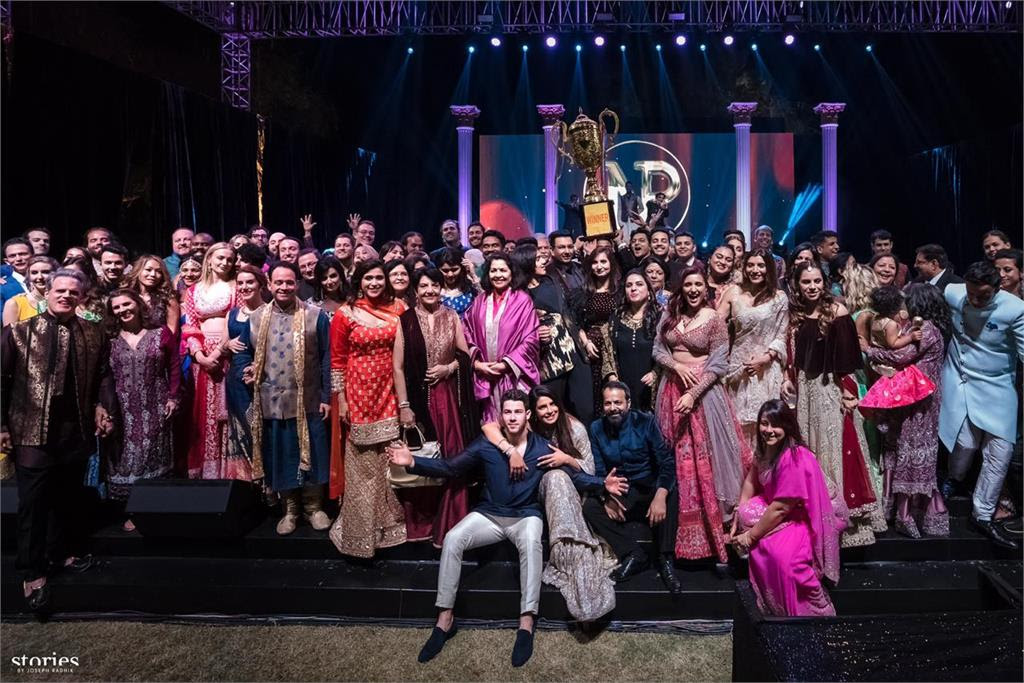 For the Western Wedding that held at the Jodhpur’s Umaid Bhavan Palace lawn, both Chopra and Nick wore custom-made Ralph Lauren Outfits. Chopra’s wedding dress was an hand-beaded embroidered with a 75-foot long veil. She was walked down the aisle by her mum while her groom’s father officiated the event.

The designer who is said to have only designed wedding dresses for only three members of his family shared how honoured he was to have designed the couple’s outfit and that of their bridal party on Twitter, see his tweet below:

We are honored to announce that @PriyankaChopra and @NickJonas were married wearing custom Ralph Lauren.

The bridesmaids, groomsmen, parents, flower girls, and ring bearer were all dressed in Ralph Lauren. 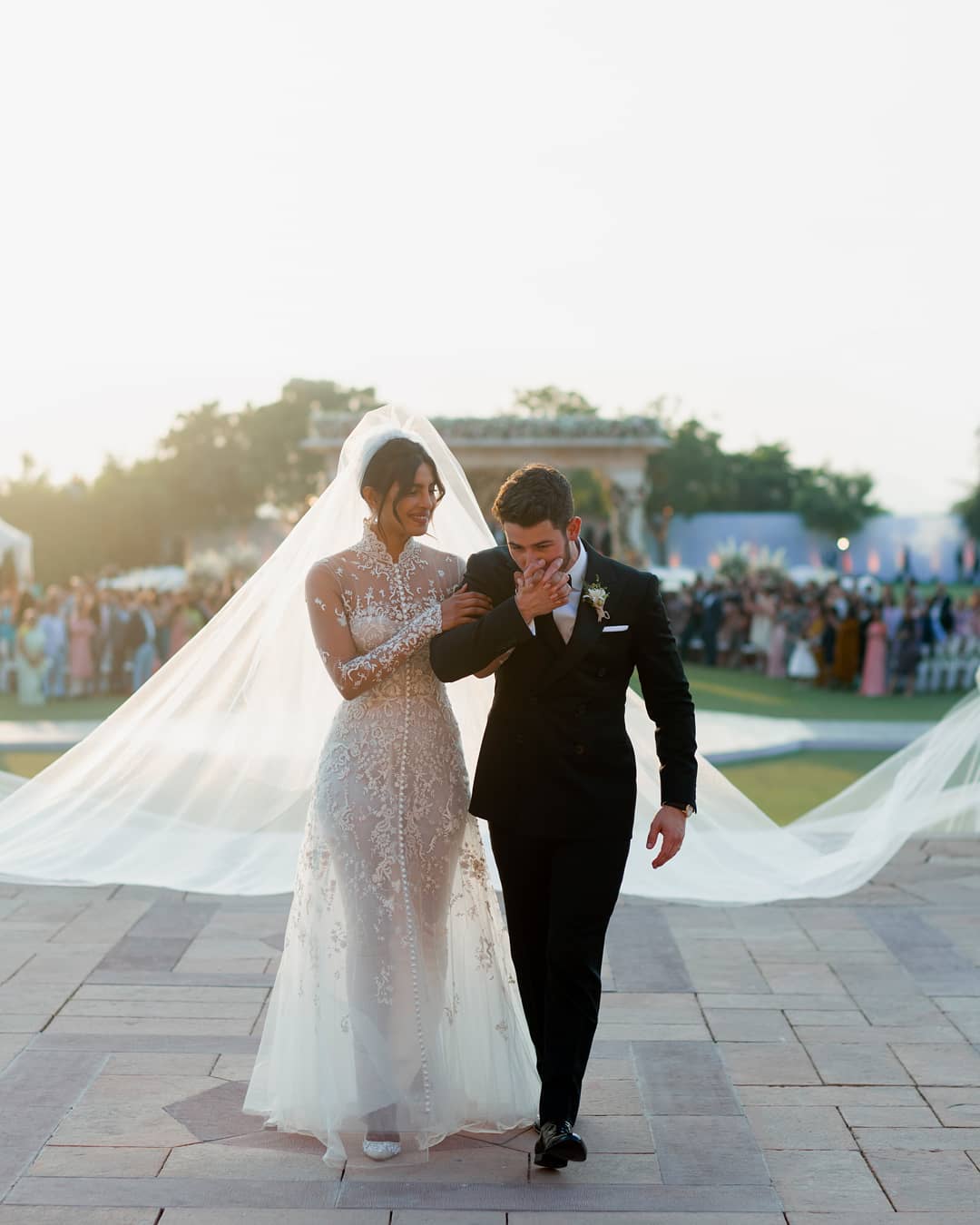 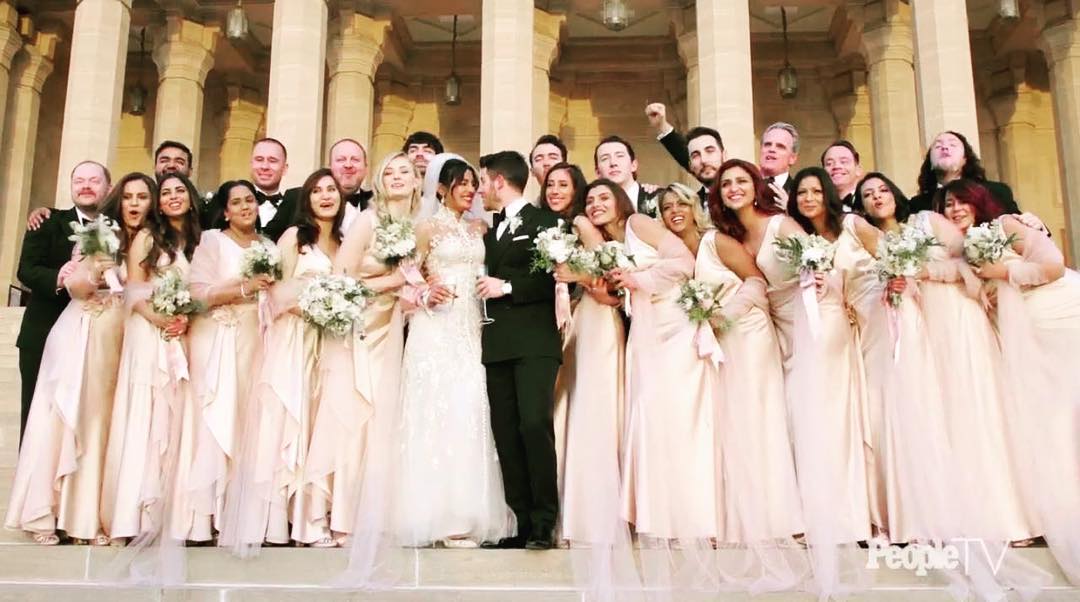 Teach us how to find love like this ❤️ Get "close, oh, so close" to the link in bio to watch #NickJonas and #PriyankaChopra's wedding special. (?: (c) Purple Pebble America, LLC and NJJ Entertainment, LLC 2018. Wedding footage by @calebjordanlee of East West)

After the ceremony, the couple hosted their family and friends to a white wedding reception in Delhi.  For this ceremony, Chopra dazzled in a beaded cream-colored lehenga which is a traditional long, embroidered skirt with a matching long-sleeved cropped blouse, draped with a dupatta shawl. While her groom, Jonas wore a navy tux. 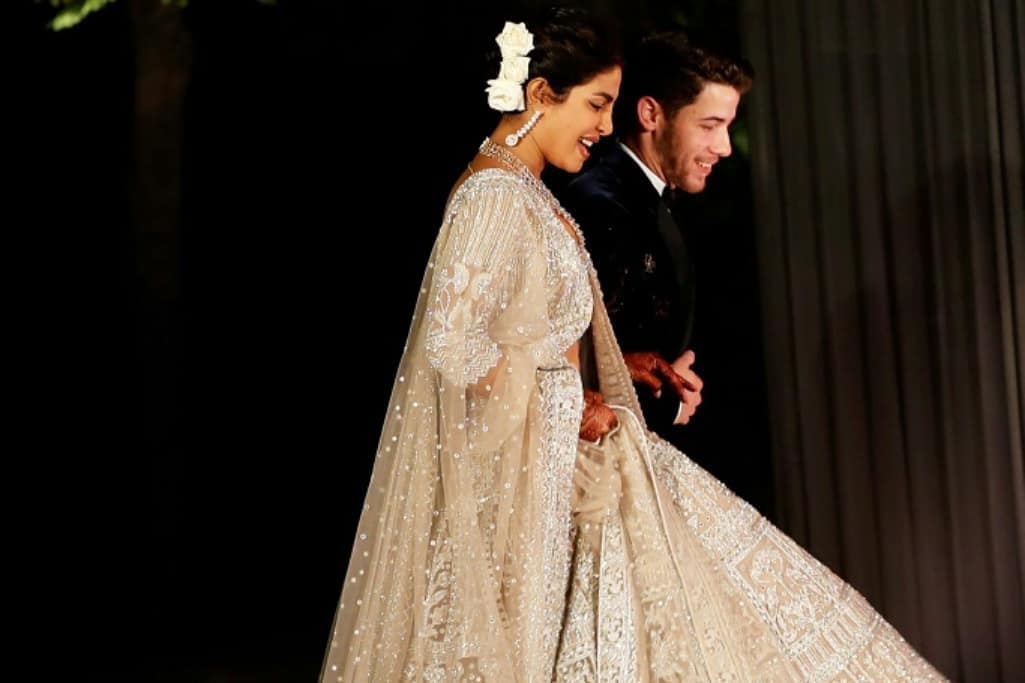 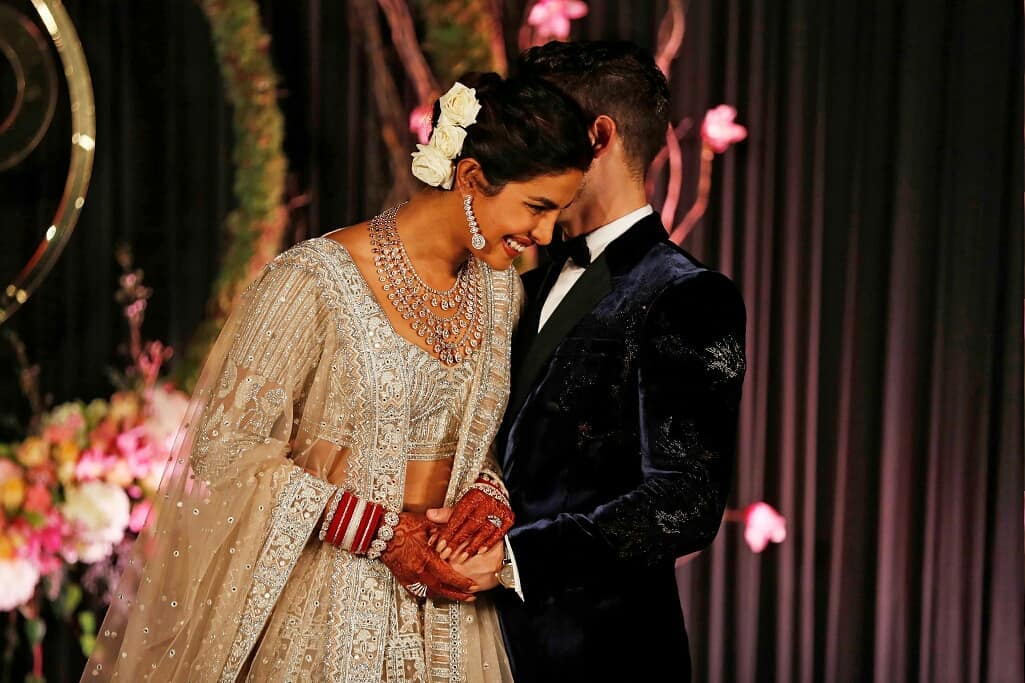 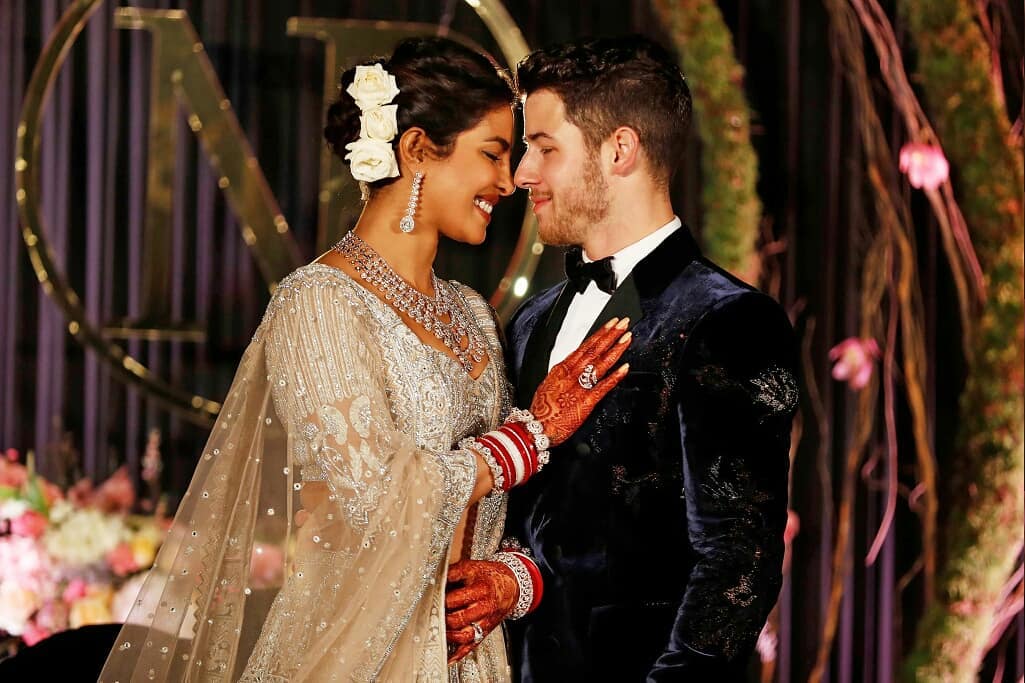