Eddie Murphy confirms "Coming to America 2" is in the Works 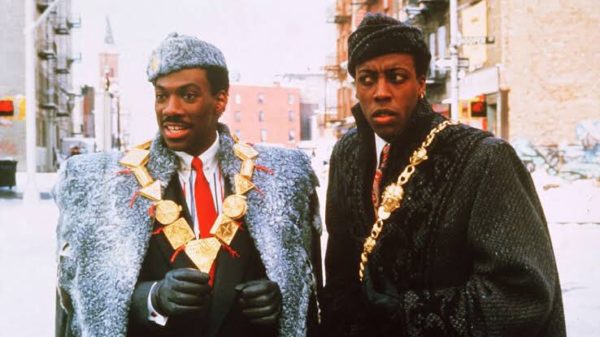 People have for the longest time been waiting for a prequel to the classic 1988 comedy “Coming to America” starring Eddie Murphy.

Well, “Coming to America 2” is finally in the works and the comedian Murphy has confirmed just that.

Entertainment Weekly reports that the comedian, in a statement, said the movie is “officially moving forward.”

After many years of anticipation, I’m thrilled that Coming to America 2 is officially moving forward. We’ve assembled a great team that will be led by Craig Brewer, who just did an amazing job on Dolemite [Is My Name], and I’m looking forward to bringing all these classic and beloved characters back to the big screen.

The script is apparently being rewritten by “Black-ish” creator Kenya Barris, after it was created by the original movie’s writers Barry Blaustein and David Sheffield.

The movie will follow Murphy’s character, the “African prince” Akeem, who will return to America in search of his long-lost son, the heir to the Zamudan throne.

While the first movie was quite ignorant of Africa, following the Hollywood trope of lumping Africa nondescript entity with its people backward and unexposed, let’s hope the second is more sensitive to the times, recognising that Africa, too, is an urban place.