"I hope he sees the light of day" - Erykah Badu's Opinion about R. Kelly during her concert is causing some Controversy | Watch 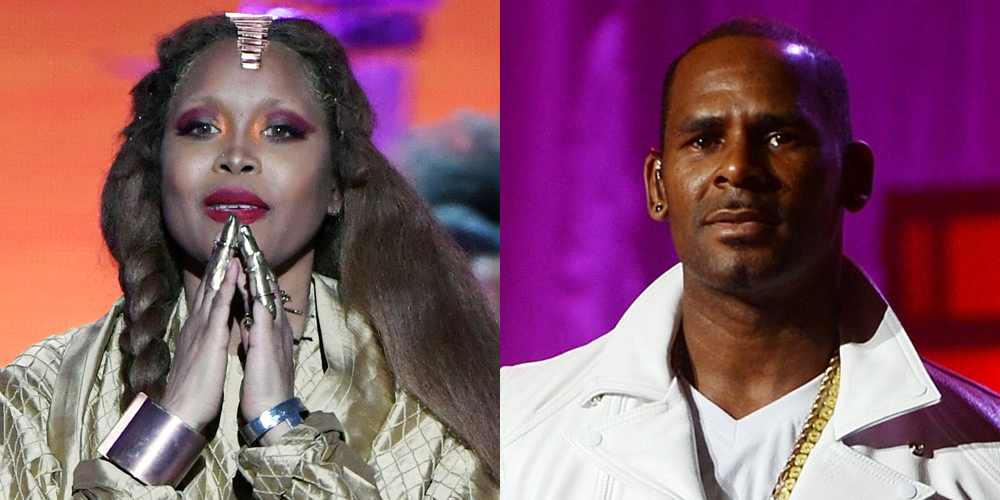 Music star Erykah Badu is trending on social media after some of the things she said about R. Kelly during her concert last night caused some controversy.

There has been a lot of buzz about R. Kelly, who recently parted ways with his label Sony Records following the airing of Lifetime’s docu-series Surviving R. Kelly, which documented allegations of sexual assault against the singer.

Taking to the stage at her concert, the 47-year-old artist opened up to the crowd saying:

I don’t know how everybody else feel about it…I’m putting up a prayer right now for R…I hope he sees the light of day.

As the crowd began to boo her, she added:

What y’all say? F–k him? That’s not love. That’s not unconditional. What if one of the people that was assaulted by R. Kelly grows up to be an offender? We gonna crucify them? How we gon’ do this? Just something to think about…they about to R. Kelly me on the Internet. Everybody involved has been hurt.

She also took to Twitter to again share her thoughts in the hope of clarifying her message:

I love you. Unconditionally.
That doesn’t mean I support your poor choices.
I want healing for you and anyone you have hurt as a result of you being hurt. Is that strange to you ?
That’s all I’ve ever said. Anything else has been fabricated or taken out of context. – eb