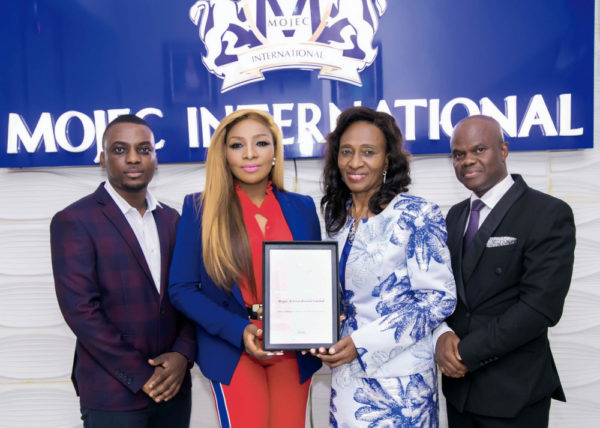 Mojec International Holdings, one of Africa’s leading conglomerates with business interest in Power, Technology, Real Estate and Agriculture has been listed as one of the ‘Companies to Inspire Africa’ in 2019 by the London Stock Exchange Group (LSEG), an international market infrastructural business which focuses on capital formation, intellectual property and risk and balance sheet management.

The ‘Companies To Inspire Africa’, CTIA, is a prestigious annual report compiled by the London Stock Exchange Group to identify most inspirational, dynamic, privately owned high-growth companies investing in the real sector of the economy and African continent that are making significant socio-economic impact by creating substantial numbers of jobs and have the potential to be publicly listed within the next few years. The growth rates and sector diversity of these firms featured in the report highlight their potential to transform the African and wider economy.

Speaking at the presentation of the second edition of the report held recently in London, United Kingdom, the Group CEO, LSEG, David Schwimmer stated that LSEG’s ‘Companies To Inspire Africa’ showcases fast-growing firms that are crucial to the future of the African economy, capable of driving transformative economic growth in their home countries, and have the potential to reach over a billion people.  Abdul stated that Mojec Meter Manufacturing Company is the largest meter manufacturer in West and East Africa with a footprint of over 80% market penetration rate in the Nigerian Electricity market with ambitious future plans to triple its production capacity in 2019 and further entrench its leadership positioning in the market place.

Schwimmer noted the increasing influence of women in leadership positions in the fast-growing companies that would play a pivotal role in shaping the future of African business. The CEO commended Mojec International for being one of these high growth companies to make a world impact in 2019. 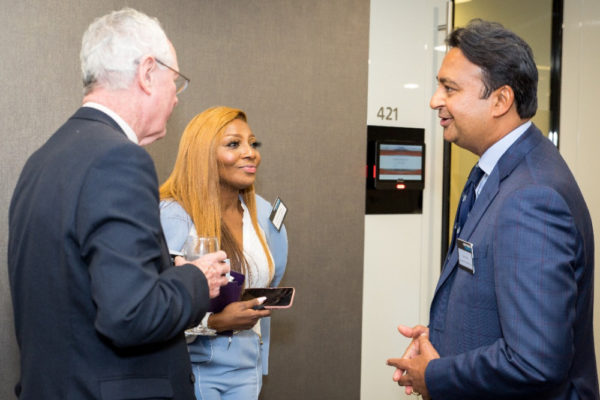 Speaking after receiving the award as one of the ‘Companies To Inspire Africa’ in 2019, the Chief Executive Officer, Mojec International, Chantelle Abdul, described the listing of Mojec International in the globally acclaimed report as a significant milestone in the history of the company and a worthy recognition of its contribution to leapfrog Nigeria and Africa’s economy into  the 21st Century by helping to electrify Africa, improve the life of the average  African, creating significant employment and positive socio-economic impact across the different sectors where it operates and is committed to making positive socio-economic impact.

Abdul noted that the recognition is a symbolic one which would further propel Mojec International Holdings in its drive to place Nigeria and Africa on the global map.

The companies listed in last year’s ‘Companies To Inspire Africa’ report have already realized significant progress and achievements in the last 12 months in a variety of ways, including pursuing IPOs and issuing bonds to grow, while some have also undertaken cross-border expansion, both within the African continent and globally.
—————————————————————————————————————————————–
Sponsored Content

Here are the Highlights from HMD Global-partnered Techpoint Build 2019