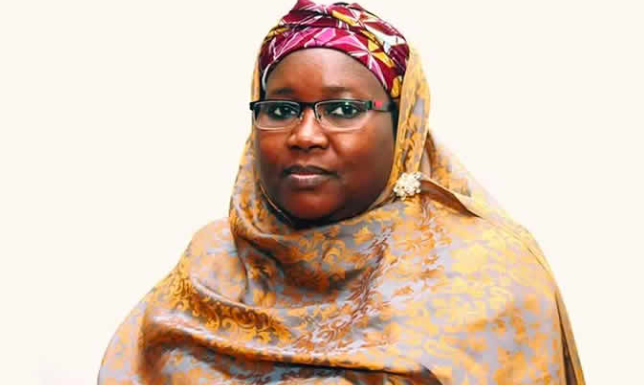 The People’s Democratic Party has condemned and rejected the appointment of Amina Zakari, a niece to President Muhammadu Buhari, as the Chairman of the Collation Centre Committee for the 2019 General Elections.

The Peoples Democratic Party Presidential Campaign Organisation vehemently and unequivocally rejects, in its entirety, the appointment of Mrs. Amina Zakari, President Buhari’s blood relation, as head of the collation of results in the same election in which her uncle, President Buhari, is a candidate.

The appointment of Mrs. Amina Zakari constitutes a direct violence against the presidential election and the PDP will not, in any way, whatsoever, accept it.

In appointing Mrs. Amina Zakari to head the collation of this Presidential election, Prof. Yakubu has confirmed that he has been compromised.

We, therefore, call on all Nigerians and particularly the National Peace Committee to note that with the appointment of Amina Zakari as head of the collation of presidential results, the INEC chairman is setting the stage for a very huge political crisis, which is capable of derailing our democratic process.

We also urge the United Nations and other global democratic institutions to take note of this appointment by the INEC Chairman.

If the INEC Chairman wants a peaceful presidential election, he should, with the speed of light, reverse himself on this appointment.

The PPCO reiterates its position that, for us to have a peaceful election, Mrs. Amina Zakari should not be seen anywhere near any of the 2019 election processes, not to talk of being involved in the collation of presidential results

The PDP remains committed to a peaceful and credible process, but we will never, in any way, allow anybody to use any means, under any guise whatsoever, to rig us out in this election — not after it is clear that Nigerians have attained a consensus to rally behind our presidential candidate, Atiku Abubakar, as their next president.

All we ask for is a free, fair, credible and transparent electoral process in which the votes of Nigerians will not only count but will be seen to have counted.

It is now quite obvious that the @inecnigeria Chairman is making decisions that cannot at all be INDEPENDENT. How in the world can @inecnigeria Amina Zakari – niece of @MBuhari – as its Head of Collation Center? Are the INEC Chairman &President ready for the grave consequence?

It is now quite obvious that the @inecnigeria Chairman is making decisions that cannot at all be INDEPENDENT. How in the world can@inecnigeria Amina Zakari – niece of @MBuhari – as its Head of Collation Center? Are the INEC Chairman &President ready for the grave consequence?

Amina had held several positions at INEC, was a National Electoral Commissioner and was appointed as Acting Chairman of the commission in 2015 after Professor Attahiru Jega‘s tenure expired.