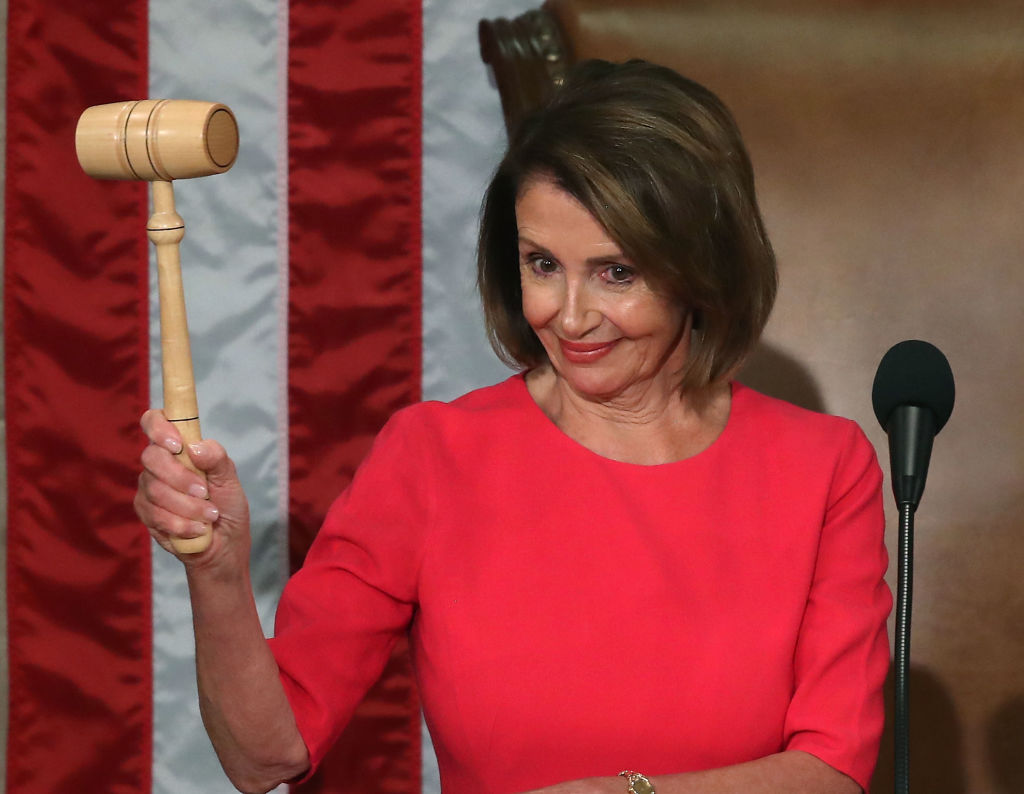 WASHINGTON, DC – JANUARY 03: Speaker of the House Rep. Nancy Pelosi (D-CA) holds the gavel during the first session of the 116th Congress at the U.S. Capitol January 3, 2019 in Washington, DC. Under the cloud of a partial federal government shutdown, Pelosi will reclaim her former title as Speaker of the House and her fellow Democrats will take control of the House of Representatives for the second time in eight years.

Democrat Nancy Pelosi has officially been elected the speaker of the US House, CNN is reporting.

Pelosi, the first and only woman to occupy the position (her first time was from 2007 to 2011), defeated the Republican nominee Kevin McCarthy, winning 220 votes.

Pelosi who had served as the House minority leader, replaces Republican Paul Ryan.

McCarthy, who is now the House minority leader as the Democrats now have the highest number of Reps, welcomed the lawmakers to the 116th Congress and introduced Pelosi. He said:

Today marks a new chapter in this House pursuit of a more perfect union. The country knows Nancy Pelosi as an experienced leader with three decades of service in Congress, a fighter for her causes and a true trail blazer. Even when we disagree with one another completely, it is important to remember that we are bounded together in a common cause, our love for America.

In her first speech as Speaker, Pelosi said, according to CNN:

We have no illusions that our work will be easy and that all of us in this chamber will always agree, but let each of us pledge that when we disagree, we respect each other and we respect the truth.

We will debate in advance good ideas no matter where they come from, and in that spirit, Democrats will be offering the Senate Republican appropriations legislation to reopen government later today

When our new members take the oath, our Congress will be refreshed and our democracy will be strengthened by their optimism, idealism and patriotism of this transformative freshman class. Congratulations to all of you in the freshman class. Working together we will redeem the promise of the American dream for every family, advancing progress for every community.