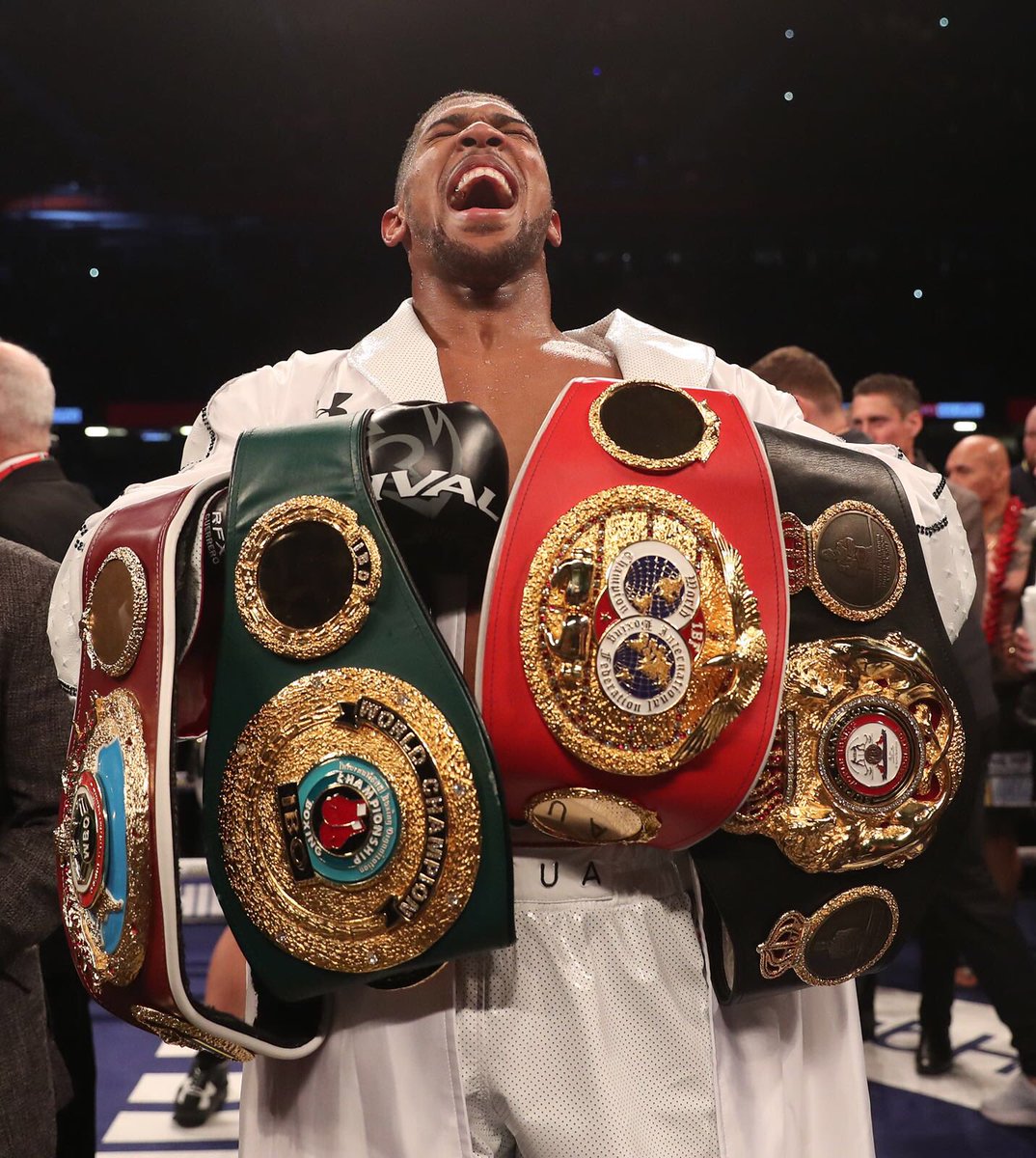 IBF, WBA and WBO belt holder Anthony Joshua wants to become the undisputed heavyweight champion and Deontay Wilder is the final obstacle to achieving this, as he holds the WBC belt.

The fight, which has been scuppered by the reordering of the controversial draw match between Deontay Wilder and Tyson Fury last year, could now be imminent.

According to talkSPORT,  Anthony Joshua said:

In terms of becoming undisputed [heavyweight champion of the world] it’s hard because I’ve got until June 1st and I need to focus on that.

Let’s say we have a crystal ball and I beat Miller up, we could have that fight [Wilder] in December if we can put whatever issues there are to bed.

But in terms of Fury, I think that could happen sooner, he’s a UK-based fighter isn’t he? I feel like that should be easier because the fight would be in the UK.

It would be easier to work with a broadcaster in the UK and you’ve seen we have the best fight fans in the world and the biggest sporting event in the world.

Joshua is scheduled to fight Jarrell Miller in New York on June 1st, and although he says he is concentrating on his fight with Miller, AJ fans all over the world will be looking much farther to a fight that can potentially be the fight of the year, against Wilder.

Atiku not destined to be President – Oshiomhole | WATCH