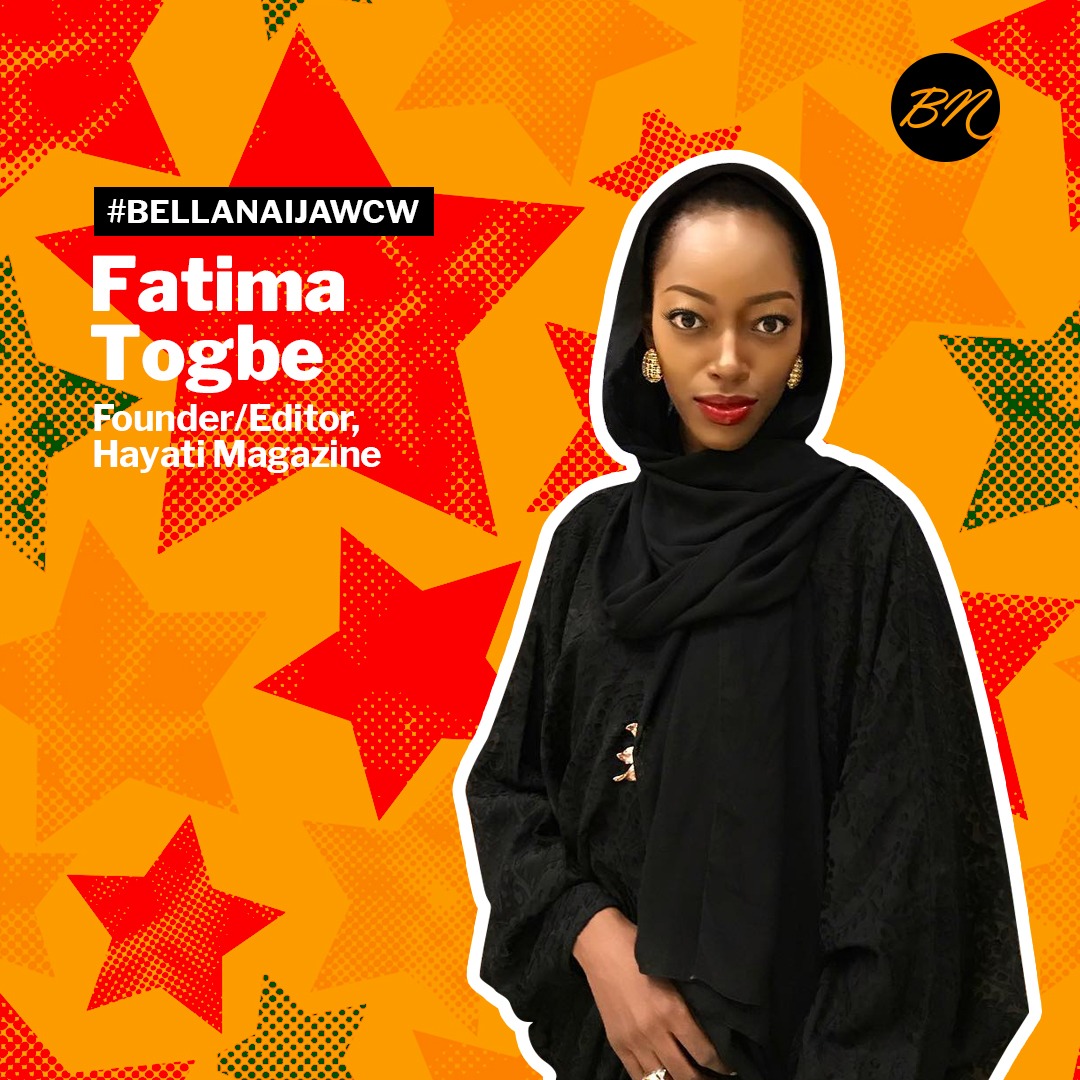 As a young muslim woman, our #BellaNaijaWCW this week, Fatima Togbe, couldn’t find magazines with stories she’s interested in or the ones that give insight to the issues she’s dealing with.

She decided to do something about it. She wanted to create a platform for Muslimahs  “between the ages of 21 and 35, modern, educated, fashion forward and trendy with a sound foundation in their love and dedication to Islam.”

“I love fashion so much and love magazines like Harper’s Bazaar, Vogue and Glamour, but I can’t wear half the things in them, nor do the topics meet a lot of my own needs,” she told Guardian in 2017.

The magazines focused on muslim women were “boring.” “No one was really writing about issues that pertain to Muslim women and to a younger new generation of us,” she added.

She decided to start Hayati Magazine, in 2012, to meet this need. Today, it boasts of thousands of followers across social media and website.

Fatima built Hayati into a community where muslim women can talk and read about real issues without fear of judgments. It is a fashion and lifestyle platform for the young Muslimah.

In 2015, she launched Hayati Retail for Muslimahs to shop fashion pieces that appeal to their faith.

To celebrate its 5th anniversary in 2017, Hayati Magazine, hosted the inaugural edition of Hayati Fashion Week which held in Abuja for 3 days, with over 200 guests and 14 designers showcasing their work.

Fatima is a 2016 nominee for The Future Awards Africa (TFAA) Prize for New Media category. She was also listen in YNaija’s inaugural #WOKE100 list.

Fatima has worked with brands such as Vlisco, Golden Morn, and Maggi. She’s building a reputable media company for the young Muslim woman, and we are definitely rooting for her.