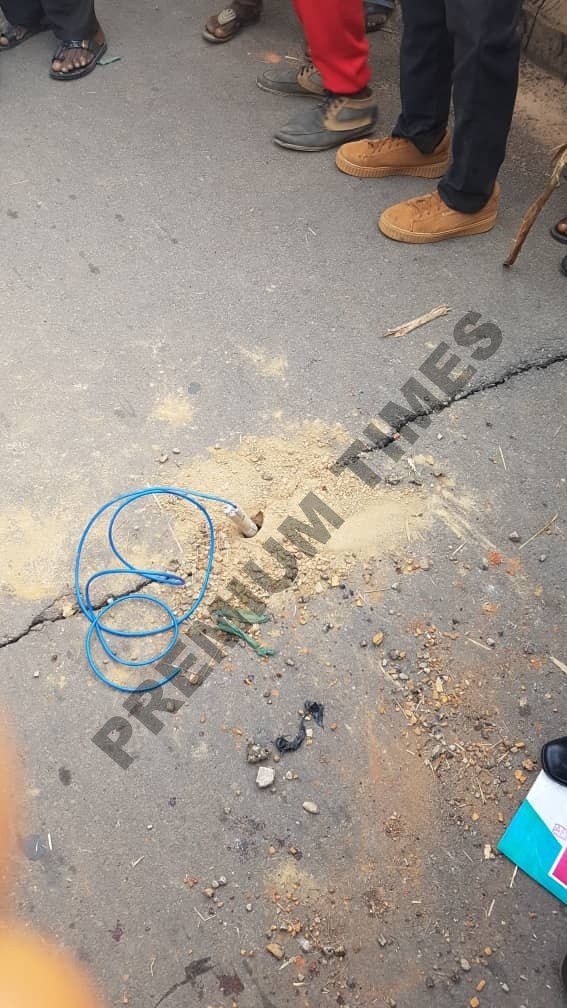 Premium Times reports that the governor of the state, David Umahi stated this in a special security report on Friday.

Governor Umahi said the arrest followed a tip off that some members of a “political party” were trying to bomb bridges and other facilities in the state.

“The report came to me as the chief security officer of this state that a House of Assembly candidate went to quarry site to buy explosives and the people came and reported to us, they refused to sell to him,” David Umahi stated.

“We had to immediately report to the security agencies and they have the name of the person. They moved into action to arrest the person and I have said they should declare him wanted. Subsequently, four hours later, we got information that a meeting was held and it was agreed to plant explosives in hotels, in flyovers and bridges including bridges built by past administrations in the state.”

The suspects, Nweke and Uwakwe were apprehended by villagers living near the Idembia bridge in Ezza South Local government area.

“They were still planting it. They went to the expansion of the bridge, the weakest link to plant it. They have been apprehended and sent to the Army and the Army has sent them to the police. So, they are being investigated.”

The police spokesperson in the state, Loveth Ogah has confirmed the incident.