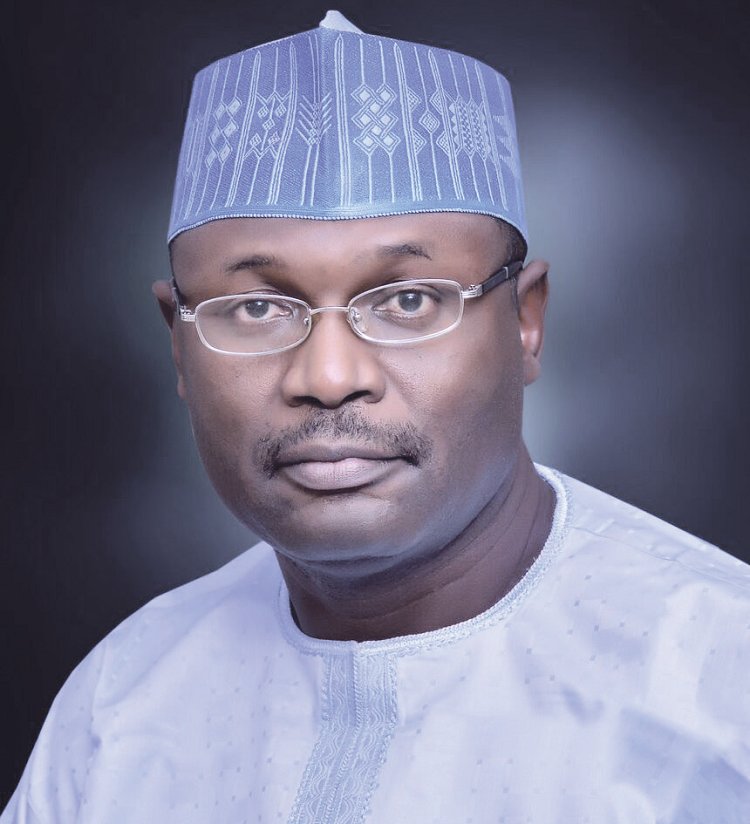 The two leading political parties in Nigeria have condemned the postponement of the 2019 general elections by INEC.

Festus Keyamo, the spokesperson for the APC Presidential Campaign council said in a statement that the party “received with great disappointment and disillusionment the announcement” about the postponement.

“We do hope that INEC will remain neutral and impartial in this process as the rumor mill is agog with the suggestion that this postponement has been orchestrated in collusion with the main opposition, the PDP, that was NEVER ready for this election,” the statement said.

PDP’s Chairman Uche Secondus, in a statement said the party has rejected the postponement, describing it as “an agenda by President Buhari to cling to power.” “I hereby call on (INEC) Chairman to resign immediately,” Secondus added.

We condemn and deprecate this tardiness of the electoral umpire in the strongest terms possible. President Muhammadu Buhari had since cooperated fully with INEC by ensuring EVERYTHING it demanded to conduct free and fair elections were promptly made available to it. This news is therefore a huge disappointment to us and to our teeming supporters nationwide and around the world, many of whom have come into the country to exercise their franchise.

We do hope that INEC will remain neutral and impartial in this process as the rumor mill is agog with the suggestion that this postponement has been orchestrated in collusion with the main opposition, the PDP, that was NEVER ready for this election. We note that all the major credible demographic projections have predicted a defeat of the PDP and it seriously needed this breather to orchestrate more devious strategies to try and halt President Buhari’s momentum. It did the same as the ruling Party in 2015, when it realized the game was up, by orchestrating the postponement of the 2015 elections by six weeks. Now, it may be up to its old trick again.

We have earlier raised the alarm that the PDP is bent on discrediting this process the moment it realized it cannot make up the numbers to win this election. We are only urging INEC not collude with the PDP on this. We are truly worried because as early as Friday morning, some known PDP Social Media influencers unwittingly announced this postponement, but quickly deleted the message and apologized to the public that it was fake news. We do not want to be forced to a situation of announcing our total loss of confidence in INEC, because we know where that would leave our democracy.

It is in the light of the above that we wish to appeal to Nigerians and our supporters to be patient, calm and resolute despite this temporary setback. Let us not give anyone, especially the PDP, the opportunity to plunge this nation into a crises, which is what they earnestly desire. Its imminent defeat is just a few days away.

Lastly, we wish to draw the attention of INEC and the world to observe that the PDP has clearly and openly said it plans to announce parallel results through some funny device it has procured or developed. We wish to re-iterate that it is ONLY INEC that is legally and constitutionally empowered to declare results and it constitutes an offence for anyone to do so. We urge INEC to SPEAK UP NOW and warn the PDP to desist from this ignoble act that is capable of plunging the nation into a crises of immeasurable proportions.

Read the rest of the PDP statement below: 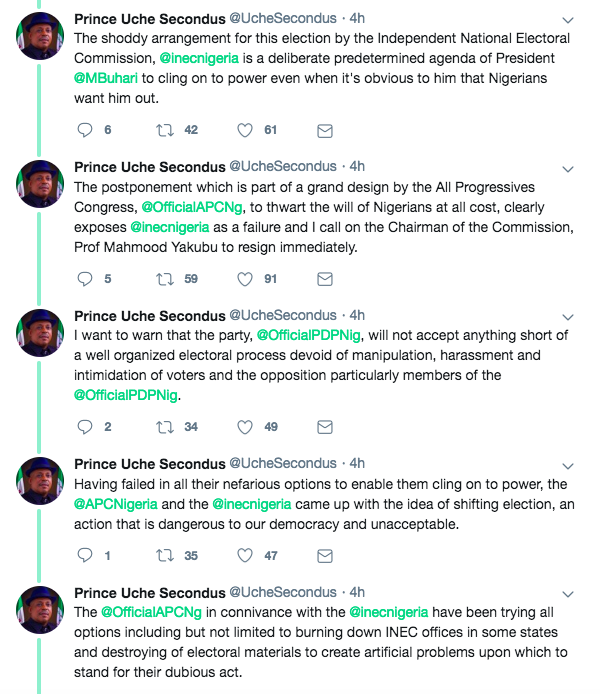 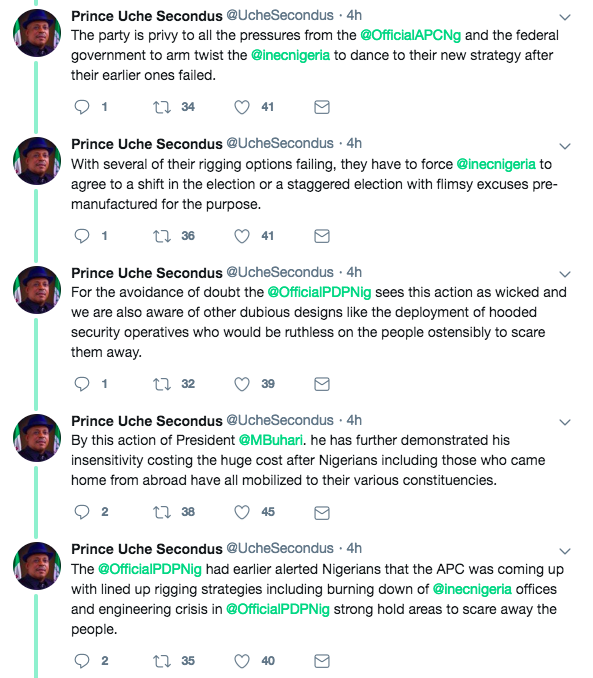 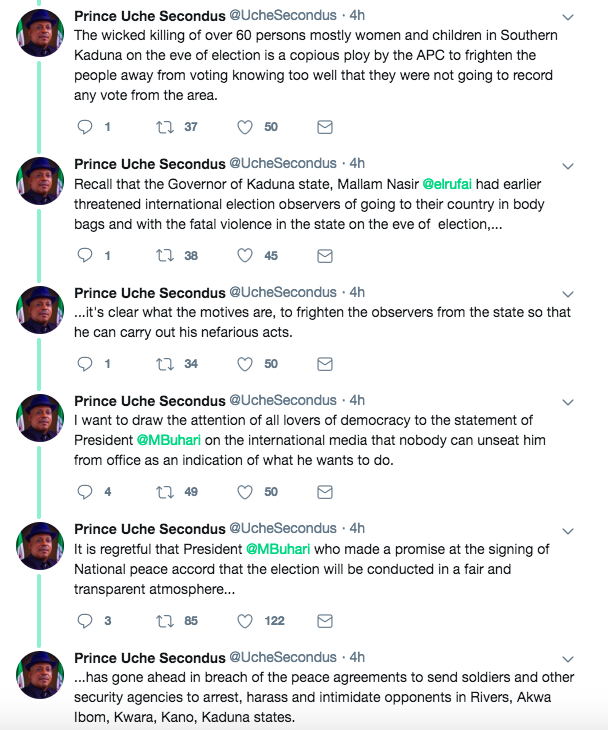