UNILAG Student narrates How 8 Schoolmates Gang-raped Her at 17 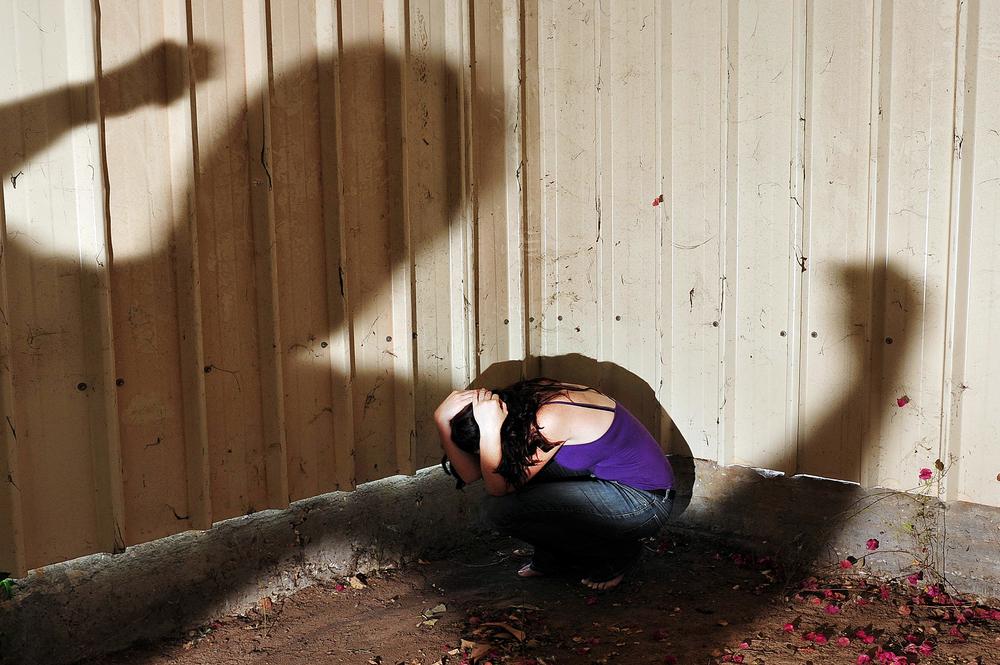 A student of the University of Lagos has narrated how she was allegedly raped and blackmailed by 8 students before an Ikeja Domestic Violence and Sexual Offences Court yesterday.

The now 19-year-old student made the claim after the arraignment of five suspects, including some of the students: Moboluwaji “Bolu” Omowole, 19; Chuka Chukwu, 19; Peace Nwankama, 19; James Aguedu, 20, and Osemeka Josephine, 20.

According to Vanguard, three other students who allegedly participated in the dastardly act are yet to be apprehended by security operatives.

Led in evidence by state prosecutor, K.A. Momoh-Ayokambi, the victim, who was 17 at the time of the incident, explained to the court:

“I had three roommates, which included Peace Nwankama. During the course of being in the room, Peace and I became friends, she even introduced me to her parents on our matriculation day between January 13 and 17, 2017.

“One day in the early afternoon at about 12noon, Peace called me on the phone and asked if I was around and wanted to hang with another boy called Yinka (now at large) at High Rise, which is a staff quarters hostel at UNILAG. I told her I would think about it. She cut the call and called me again within five minutes but this time it was Yinka who was talking to me.

“He told me it was supposed to be a hangout and Peace will be there, at that point I agreed and since I didn’t know where High Rise was, Yinka and Peace told me to meet them at Jaja Hall, a male hostel. When I got there I only met Yinka with the fourth defendant (James). When I saw Yinka I asked of Peace and he said she is at High Rise.”

“James led me up a flight of stairs and we got into a room, there were boys outside the corridor because some of the boys who were downstairs had come upstairs. I entered the room with Seriki and James but Yinka stayed outside. When I entered, I met two boys and a girl, Emmanuel (who is also at large) and Josephine (the fifth defendant). James and Seriki then entered the room, Josephine and the two boys left and at that point it was clear to me that Peace was not in High Rise.

“Yinka then asked me to have sex with him, I said no but he continued forcefully persisting and removing my clothes at that point. Two other persons who were looking into the room entered and held me down while Yinka had forceful sex with me.

She said: “In no particular order, the following took their turns – Daniel, James, Yinka, Bolu (first defendant), Seriki, Emmanuel and two other people whose names I don’t know. They were eight men.”

“After they did that, they all came into the room, including Josephine, and started playing music. Four of them held me down and were touching me all around, while Josephine was either kissing or dancing with one of them.

“At a point Josephine asked if she could kiss me while I was trying to fight off the people around. I was thinking of leaving but I was outnumbered and I didn’t know if those downstairs were part of them.

“Eventually Josephine kissed me and they made comments like it’s not that bad etc. When they were molesting me, there was a guy who was sitting down and video recording all that was happening on a phone.

“My first instinct was to get the phone from him, but I was outnumbered. At a point when they were leaving, they led me outside the building and they told me they had a video of what happened.

“They said if I don’t want to be popular in school, I have to answer them anytime they want sex. They collected my number and shared it among themselves,” she said.

She alleged that some of the assault and defilement occurred at Chukwu’s (second defendants) parents house in the Pako area of Yaba.

She told the court that to add to her ordeal, rumours about the videotape began to make rounds in the school premises. She said:

“I started hearing stories and the narrative was as though I wanted it. Henry a friend of Peace told me that I was popular at Jaja Hall and that there was a video and I wanted to get away from it.

“I had a friend (name withheld) who we both belonged to the same organisation in school. He liked me and he is the type to find out about everyone he likes. When he heard about the story and video he asked questions.

“The school counsellor beckoned to me, I saw my bio-data in her hands, she asked me to follow her and at that point, I knew who she was.

“I thought I was going to be expelled. She pulled out a form and asked me to state what happened and I told her everything. She told me the school was behind me and that the culprits will be caught.”

She further said the counsellor asked her to lure Bolu (first defendant) to a place within the school premises where he was arrested, taken to the office of the Dean, Student Affairs where he provided the names of the rest of his alleged accomplices.

The student said she was admitted at the UNILAG Medical Centre for three days where parents of the arrested students tried to persuade her not doing anything about the case.

She added: “From the Medical Centre, I went home and stayed for three weeks.

During that time their parents were trying to bribe my family with between N3 million and N5 million.

“My family declined, as my mother and brothers were very supportive.”

Justice Sururat Soladoye adjourned the case until March 18 for cross-examination.

Related Topics:Gang-rapeUNILAGuniversity of lagos
Up Next