Adebayo Alonge nearly Died from Fake Drugs 15 Years Ago, Today His Invention Tackling Them has Won a €100K Prize 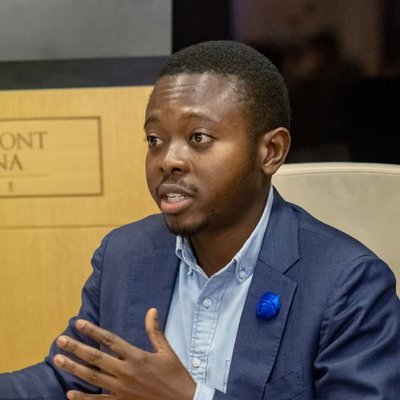 15 years ago, Adebayo Alonge was fighting for his life, after taking a fake drug. Today, he’s being honoured for inventing handheld nano-scanners for detecting fake drugs.

Adebayo was announced as the winner of the 2019 BNP Paribas Group Deep Tech Award, and walked away with the €100K Prize.

Also called the Hello Tomorrow Global Challenge, the award aims to unlock the power of deep technologies to tackle our toughest environmental, social and industrial challenges.

Watch the emotional moment Adebayo shared his story while appreciating everyone that has contributed to the success of the invention:

[#BNPPEvent] When #deeptech finds its way to a #safer future: Today, half of drugs in Africa are fake drugs. But tomorrow, thanks to @RxAll_Inc & @adebayoalonge, handheld nanoscanners can ensure drug quality in real time! They won BNP Paribas Grand Prize at @hellotmrc: € 100K ? pic.twitter.com/uSnhnrCLVp

Check Out this Artist’s Works that’s Got Everyone Wowed!