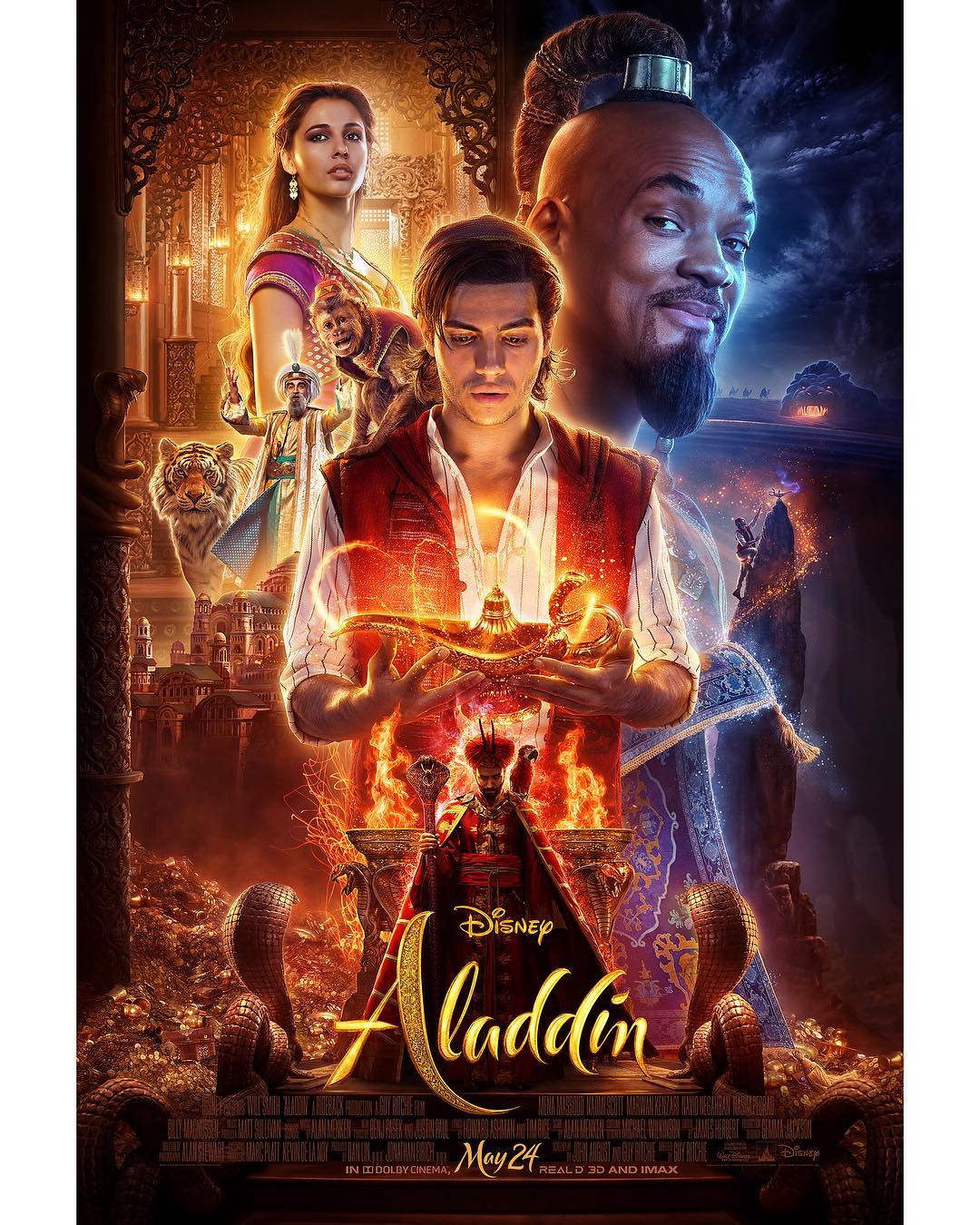 Disney has released the poster and official trailer for the “thrilling and vibrant live-action adaptation” of its animated classic, “Aladdin”.

“Aladdin” is the exciting tale of the charming street rat Aladdin, the courageous and self-determined Princess Jasmine and the Genie who may be the key to their future.

The film stars Will Smith as the Genie; Mena Massoud as Aladdin; Naomi Scott as Jasmine; Marwan Kenzari as Jafar; Navid Negahban as the Sultan; Nasim Pedrad as Dalia and Billy Magnussen as Prince Anders.

The movie was directed by Guy Ritchie, written by John August and Ritchie based on Disney’s “Aladdin.”

Aladdin opens in theatres on May 24th.

Related Topics:AladdinDisneywill smith
Up Next

WATCH! How Some Effects on Game of Thrones Finale Were Made

#JusticeForHannah: This Story of a 5 Year Old Allegedly raped by her Landlord’s Son is Heartbreaking