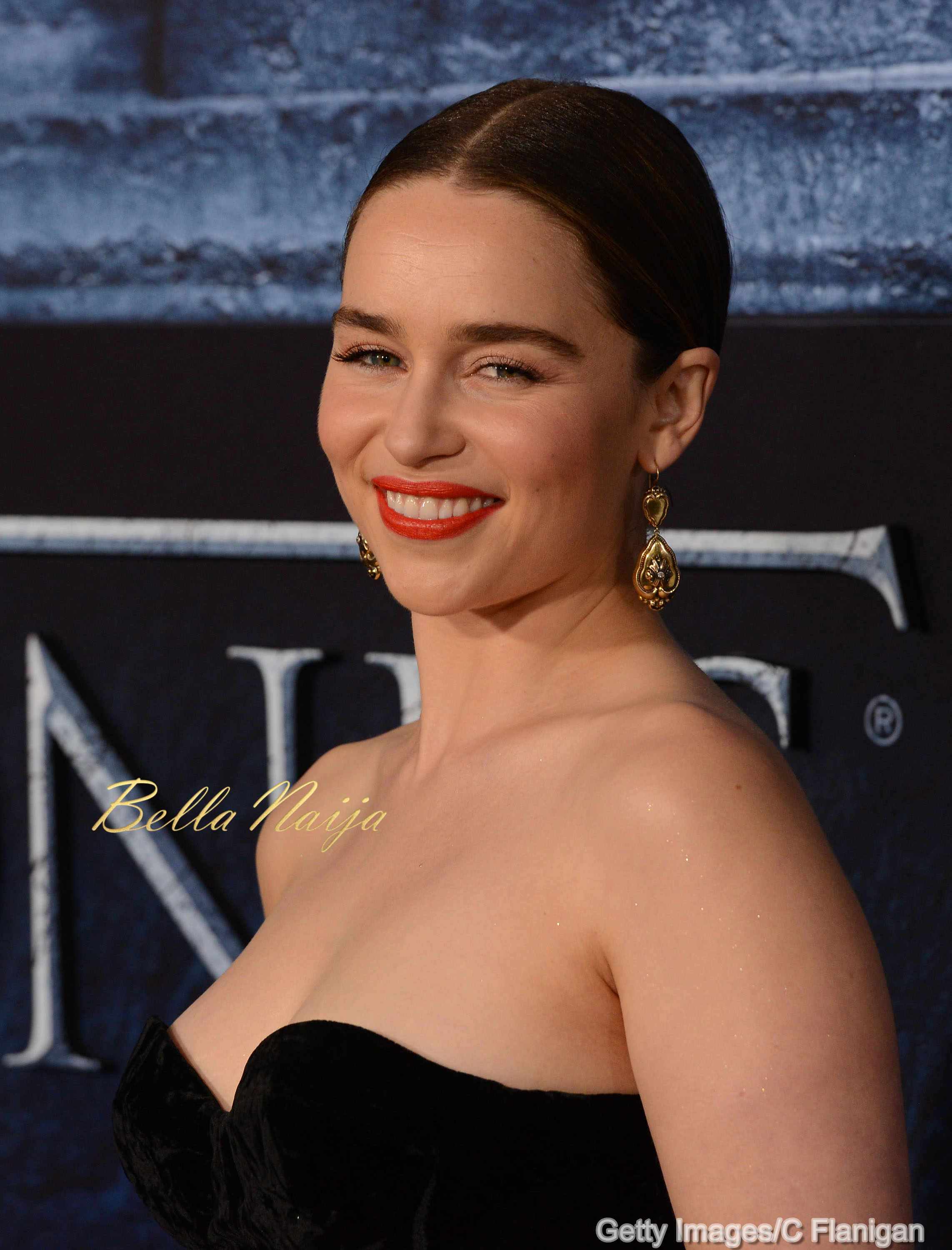 “Game of Thrones” star Emilia Clarke is opening up for the first time, about surviving two life-threatening brain aneurysms as well as 3 surgical operations.

In a feature on The New Yorker, Clarke wrote about how she nearly lost her mind, and her life, just when her childhood dreams were beginning to manifest.

All this happened between seasons of the HBO show.

It was the beginning of 2011. I had just finished filming the first season of “Game of Thrones,” she says before going on to talk about how “terrified” she was of the attention and her fame.

“To relieve stress, I worked out with a trainer,” she said. She continued:

On the morning of February 11, 2011, I was getting dressed in the locker room of a gym in Crouch End, North London, when I started to feel a bad headache coming on. I was so fatigued that I could barely put on my sneakers. When I started my workout, I had to force myself through the first few exercises.

Then my trainer had me get into the plank position, and I immediately felt as though an elastic band were squeezing my brain. I tried to ignore the pain and push through it, but I just couldn’t. I told my trainer I had to take a break. Somehow, almost crawling, I made it to the locker room. I reached the toilet, sank to my knees, and proceeded to be violently, voluminously ill. Meanwhile, the pain—shooting, stabbing, constricting pain—was getting worse. At some level, I knew what was happening: my brain was damaged.

For a few moments, I tried to will away the pain and the nausea. I said to myself, “I will not be paralyzed.” I moved my fingers and toes to make sure that was true. To keep my memory alive, I tried to recall, among other things, some lines from “Game of Thrones.”

She went on to narrate how “everything became, at once, noisy and blurry,” and how she was taken to the emergency room of Whittington Hospital.

After an MRI scan, she was told she had a subarachnoid hemorrhage (SAH), “a life-threatening type of stroke, caused by bleeding into the space surrounding the brain,” she said.

I’d had an aneurysm, an arterial rupture. As I later learned, about a third of SAH patients die immediately or soon thereafter. For the patients who do survive, urgent treatment is required to seal off the aneurysm, as there is a very high risk of a second, often fatal bleed. If I was to live and avoid terrible deficits, I would have to have urgent surgery. And, even then, there were no guarantees.

I was taken by ambulance to the National Hospital for Neurology and Neurosurgery.

I remember being told that I should sign a release form for surgery. Brain surgery? I was in the middle of my very busy life—I had no time for brain surgery. But, finally, I settled down and signed. And then I was unconscious. For the next three hours, surgeons went about repairing my brain. This would not be my last surgery, and it would not be the worst. I was twenty-four years old.

Clarke spoke about how she got the role of Daenerys Targaryen in Game of Thrones, her journey to success, and how she felt after she was told she has the role.

“In those days, I thought of myself as healthy. Sometimes I got a little light-headed, because I often had low blood pressure and a low heart rate. Once in a while, I’d get dizzy and pass out,” Clarke said, referring to the spring of 2010.

“When I was fourteen, I had a migraine that kept me in bed for a couple of days, and in drama school I’d collapse once in a while. But it all seemed manageable, part of the stress of being an actor and of life in general. Now I think that I might have been experiencing warning signs of what was to come,” she continued.

She narrated how she couldn’t remember her name after the first surgery. “I was suffering from a condition called aphasia, a consequence of the trauma my brain had suffered,” she said. The aphasia later passed and she was released later on.

“I went back to my life, but, while I was in the hospital, I was told that I had a smaller aneurysm on the other side of my brain, and it could ‘pop’ at any time. The doctors said, though, that it was small and it was possible it would remain dormant and harmless indefinitely,” she continued.

Clarke said she filmed Season 2 and 3 of the show and in 2013, five days before her SAG insurance expired, she went for one of her regular brain scans and she was told the “growth on the other side of my brain had doubled in size, and the doctor said we should ‘take care of it.'”

About the second surgery, Clarke wrote:

I was promised a relatively simple operation, easier than last time. Not long after, I found myself in a fancy-pants private room at a Manhattan hospital. My parents were there. “See you in two hours,” my mum said, and off I went for surgery, another trip up the femoral artery to my brain. No problem.

Except there was. When they woke me, I was screaming in pain. The procedure had failed. I had a massive bleed and the doctors made it plain that my chances of surviving were precarious if they didn’t operate again. This time they needed to access my brain in the old-fashioned way—through my skull. And the operation had to happen immediately.

The recovery was even more painful than it had been after the first surgery. I looked as though I had been through a war more gruesome than any that Daenerys experienced. I emerged from the operation with a drain coming out of my head. Bits of my skull had been replaced by titanium. These days, you can’t see the scar that curves from my scalp to my ear, but I didn’t know at first that it wouldn’t be visible. And there was, above all, the constant worry about cognitive or sensory losses. Would it be concentration? Memory? Peripheral vision? Now I tell people that what it robbed me of is good taste in men. But, of course, none of this seemed remotely funny at the time.

I spent a month in the hospital again and, at certain points, I lost all hope.

Recovery was tough for her, she said, and she was constantly having panic attacks. Even when one of her biggest fears – the story getting out – happened, she denied it.

Clarked concluded: “But now, after keeping quiet all these years, I’m telling you the truth in full. Please believe me: I know that I am hardly unique, hardly alone. Countless people have suffered far worse, and with nothing like the care I was so lucky to receive…. There is something gratifying, and beyond lucky, about coming to the end of ‘Thrones.’ I’m so happy to be here to see the end of this story and the beginning of whatever comes next.”

Read the full feature on The New Yorker.