Is Your Current Job the Career Path of Your Childhood Dreams? 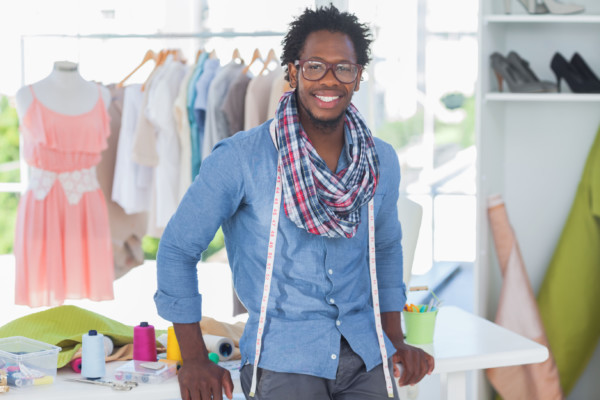 The traditional idea of picking a career path, going to the university, and working until retirement is becoming antiquated. People have begun realizing, a little late, that their course of study is often not aligned with their interests, particularly in places where jobs are difficult to come by and whatever you get is what you do.

Humans of New York has grown to become popular, but Brandon Stanton has not always been a photographer. He started out as a bond trader in Chicago, but found the courage to chase his passion after a layoff in 2010.

My two biggest lessons learned as a trader are take risks and get comfortable with taking losses. and setbacks to help move you forward. Instead of updating my resume and looking for a similar job, I decided to forget about money and have a go at something I truly enjoyed.

Ava DuVernay also changed career paths at the age of 32. Starting off with journalism, she dabbled into public relations before turning to film.

Whatever path you’re on right now is not necessarily the path you have to stay on. If you’re on a path that’s not the one that you want to be on, you can also pivot, and you can also move, and age doesn’t make a difference, race, gender. It’s about putting one step in front of another, about forward movement to where you wanna be.

For a lot of people, money is a driving force in their choice of career. It is not uncommon that people realize shortly into their chosen career path that it is not as profitable as they believed.

There are numerous instances of people moving on to another career path because it would earn them more money. Doctors going into tech spaces, lawyers becoming entrepreneurs, and the versatility of degrees found in modern banks.

I studied economics in a private university. It was a struggle to get through on the financial end. My parents borrowed to see me through, so when I got a job that was only paying 65,000 I knew it was not commensurate with the effort my parents put in. I learned how to code alongside my job and when an opportunity came up in a tech space, I took it. Coding was not something I ever considered, but when my friend told me about how much he earns, I knew I had to give it a try. Three years in and I am more comfortable financially than my colleagues I left behind.
– Francis

Passion is another important factor that may lead to a change in career path. It is one thing to imagine a career in a particular field, it is another to experience the reality. People often find out that they are not passionate about a chosen path and may decide to follow their passion.

I have always loved driving. I take long drives to clear my head late at night when the traffic subsides. I never considered it a chore, neither did I consider driving as a profession. I guess it just never occurred to me because of the way the profession is looked down upon. Things changed for me when going to work became a struggle. I began to hate my job. The pay was enough to get by and there was room for growth, but I just did not see myself going all the way. Luckily, this coincided with the popularity of Uber, and I decided to try it out after work in the evenings. One month in and I quit my job and went in fully. Working is now fun and I feel more fulfilled here that in my previous job, despite the stigma.
– Kunle

For many jobs, it doesn’t matter if you studied them at the university. Many jobs require general skills like communication, practical writing, and simple math problem solving. Since we all have acquired these skills at primary and secondary schools, our majors seem irrelevant.

A lot of contemporary establishments no longer employ for roles based on field of study. Instead, they consider what you bring to the table and how you can be beneficial to them. While a career path in a previously uncharted field might be challenging, a lot of people have gone ahead to excel under such circumstances.

Moreso, some skills can be learned at work. Practice is more important than theories in these jobs. In fact, knowing theories or not sometimes makes no difference for whether they are able to be taken on these jobs. With many people falling under the category, here is a list of 5 things they all can relate to.

The relearning process
Working in a previously uncharted field would require a lot of learning to be able to adequately carry out the expected duties. The process can sometimes be frustrating, with a constant feeling of not being good enough. While some establishments make it easy by training you for a period of time before you get thrown into the mix, others expect you to learn on the job. Most people that work in a field unrelated to their degree felt the heat of the learning process. For instance, someone that studied geography needs to learn a lot of things to be suited to working in a bank.

Why did I not study this?
A question most people ask themselves is why they did not think to have studied a related degree in university, especially when they find fulfillment in their present career. They are left to wonder how different things might have turned out or how advanced their career might have been had they had the added advantage of a related degree.

The Q and As
Working in a field unrelated to your degree sets you up for a lot of questions. When people who know what you studied ask you where you work, they begin to ask questions. The hows, the whys, and the can I’s. Everyone seems to want a glimpse into your life.

The career hustle
For a lot of people, working in an uncharted field means they need to get additional certifications related to their field to advance in their careers. Working in a bank having studied a course like sociology certainly means you have to take some professional course related to banking to be able to reach the pinnacle of the profession.

The wasted time
Working in an unrelated field means you spent years on a degree that would be of no use to you. This seems to resonate deeply with a lot of people. The blame is usually put on an educational system that insists that you choose a line of study at a very tender age while in secondary school, which is the sole reason a lot of people had limited options of courses to study at the tertiary level.

Do you do something completely different from what you studied in the university? Share why this is so in the comment section, and what your experience is.

Jeffrey Ini-Abasi: You Are Your Own Standard