It is officially 3 days and some hours to the GTBank Food and Drink Festival, and as the most anticipated culinary event in Africa draws closer, more A-list food experts who will be Masterclass Facilitators have been announced. This new and final announcement will put the number of Masterclass Facilitators for this year’s 4-day festival to Fifteen (15) amazing industry leaders ready to educate, inspire, and wow an enthusiastic crowd of food lovers.
The GTBank Food and Drink Festival will hold from the 28th of April – 1st of May at 1, Water Corporation Drive, Oniru Estate, Victoria Island, Lagos. 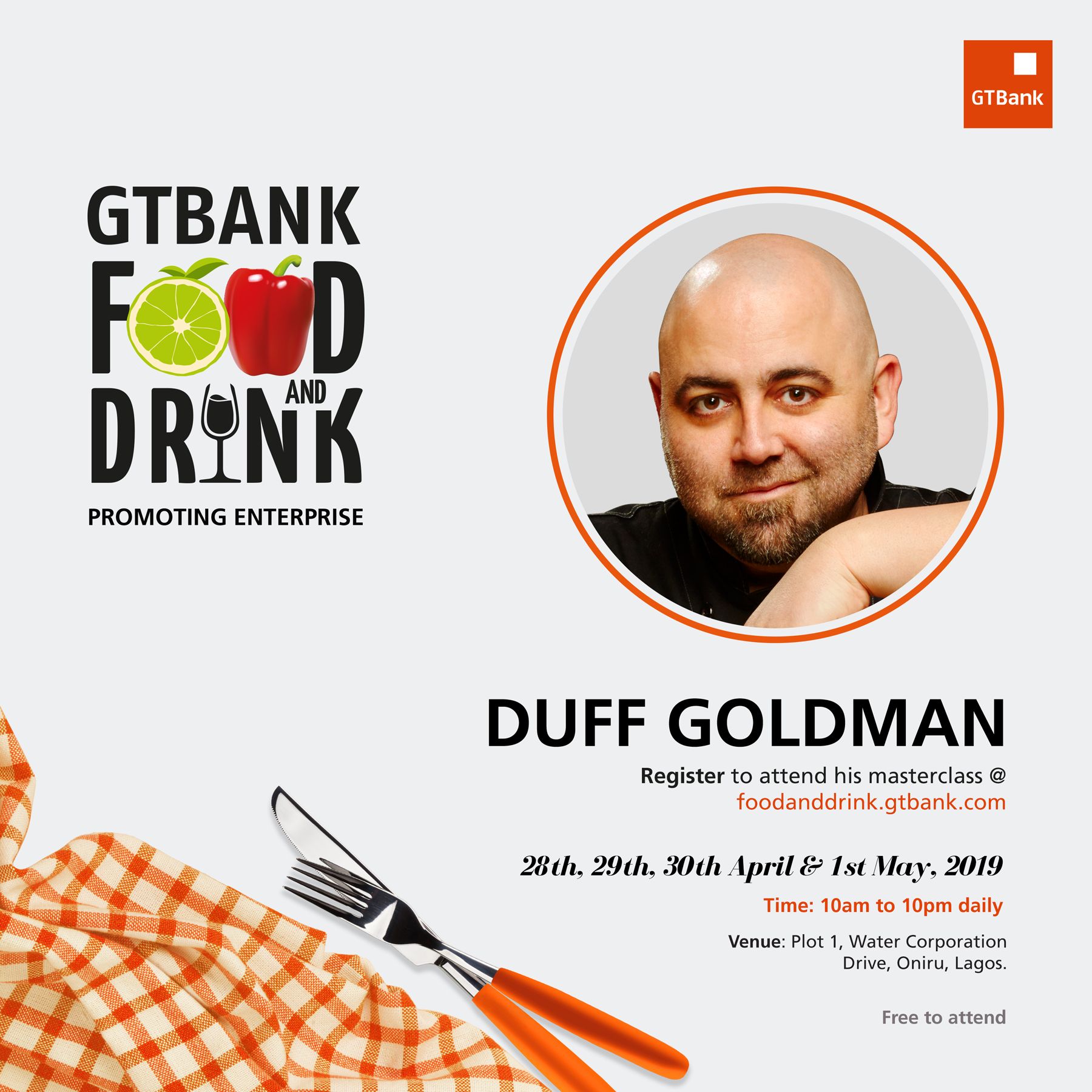 Duff Goldman
Chef Duff Goldman is a widely celebrated pastry chef and the star of Food Network’s hit TV Shows, Ace of Cakes and Buddy vs. Duff.
Renowned for his dazzling and creative approach to pastries, Duff’s culinary career began at a bagel shop, where he was almost fired for making the sandwiches too big. Ever since then, he has made a name for putting his own spin to food.
After graduating from the University of Maryland, Baltimore County, with degrees in history and philosophy, Duff went on to study at the Culinary Institute of America at Greystone in St. Helena, Calif. He worked at several acclaimed culinary destinations, including the French Laundry, the Vail Cascade Hotel and Todd English’s Olives before returning to Baltimore in 2000 to become a personal chef.
In March 2002, Duff quit his day job as a Personal Chef and opened Charm City Cakes, which became a household name on the hit Food Network Show Ace of Cakes that aired for 10 seasons. Duff is also a graffiti artist, a metal sculptor and a musician who plays bass in the Elvis tribute band Danger Ace and the indie band Sand Ox.
Duff will be at the GTBank Food and Drink Festival on Wednesday, May 1st, 2019, to lead the discussion on Acing your Cakes! 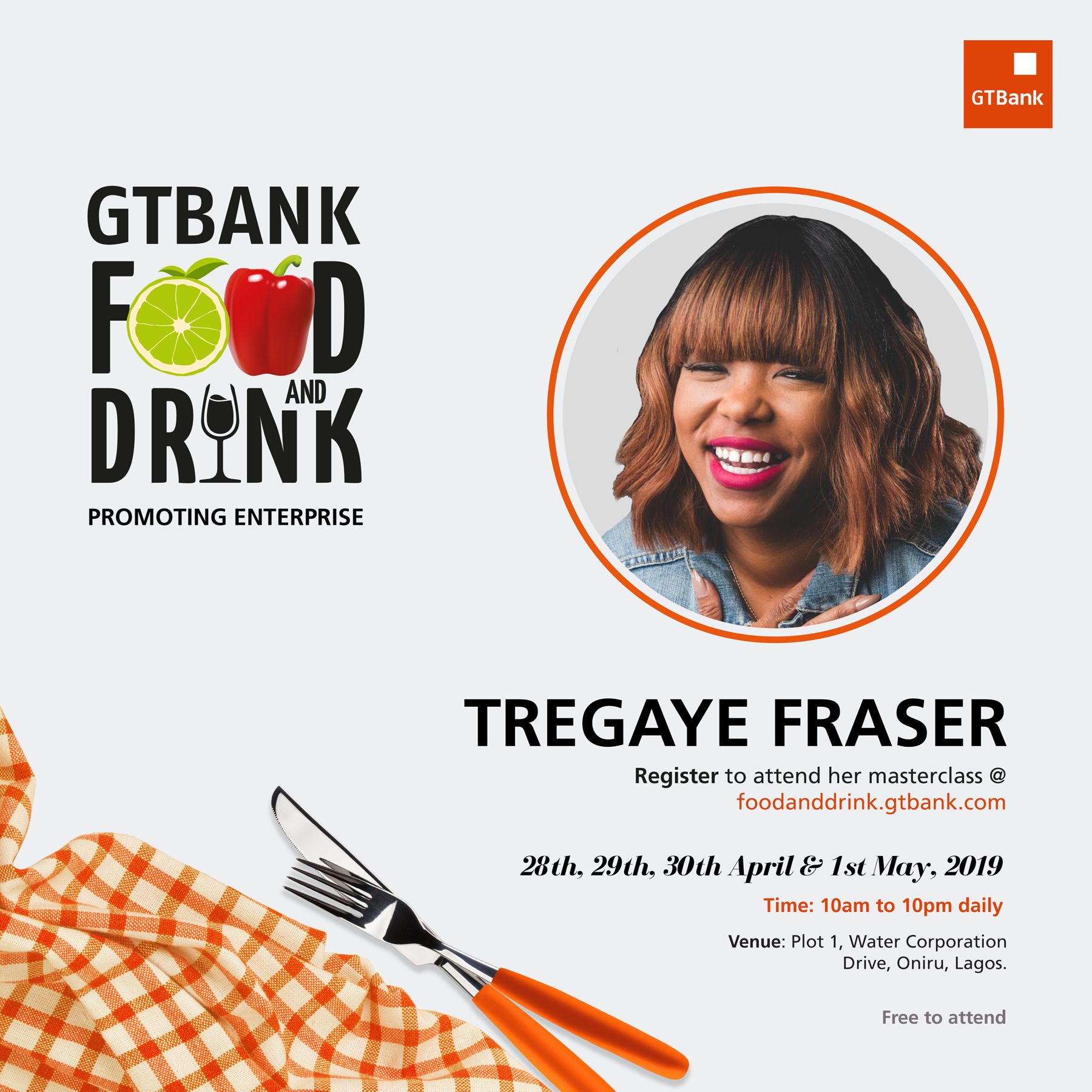 Tregaye Fraser
Tregaye Fraser is a renowned chef with a passion for the unconventional. She is the first African American woman to win the popular reality show, Food Network Star, a two-time competitor of TV’s hit series, Cutthroat Kitchen and Host of the TV show, The Kitchen Sink.
Following her graduation from the prestigious Le Cordon Bleu, Chef Fraser became quickly known for taking everyday foods and turning them into whimsical cuisine. Her unique flair for creating creative dishes has won her the audience of renowned personalities such as Barack Obama, the former president of the United States of America.
Chef Fraser is also passionate about giving back to society and prides herself in being one of the main chefs for Piedmont Hospital Cancer Wellness Center where she teaches patients, doctors, and their families how to create friendly meals.
Chef Fraser will be at the GTBank Food and Drink Festival on Wednesday, May 1st, 2019, to lead the conversation on Afro Recipe Fusion for a New Culinary Experience. 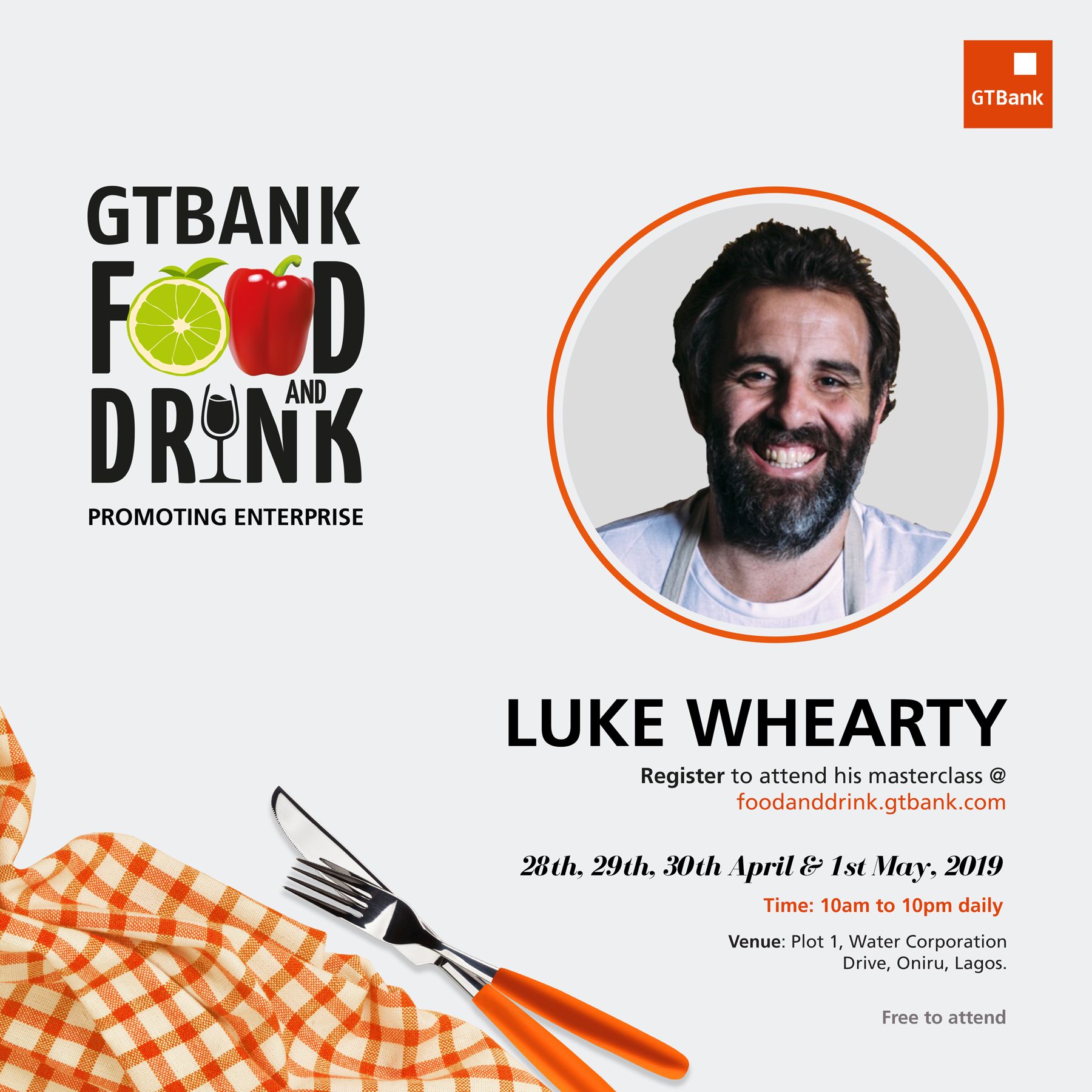 Luke Whearty
Luke Whearty is bar operator, restaurant innovator and drink creator with over a decade of experience presiding over some of the most progressive drinking programs.

A serial entrepreneur in the food and drink industry, Luke cut his teeth as head bartender at the internationally acclaimed Der Raum, where he won several Australian Bartender Awards. After his stint at Der Raum, Luke made the move to South East Asia where he worked alongside Chef Ryan Clift at the highly acclaimed Tippling Club.

In 2013, Luke and Aki, his partner, together with celebrated chef Mark Sargeant, opened Oxwell & Co Restaurant in Singapore. After establishing the place as a mainstay in Singapore’s bar and restaurant scene, Luke and Aki went on to open an esoteric cocktail bar, Operation Dagger. The bar has, since its opening, being recognized as the 2015 Best New Bar at the Singapore Bar Awards, named in the Top 10 for Best New International Cocktail Bar at Tales of the Cocktail, and in Conde Nast Traveller’s Top 30 for the Greatest Bars in the World, among several others.

Luke is also the founder of BYRDI, a bottled cocktail brand sold in major bars and restaurants around the world.

Luke will be at the GTBank Food and Drink Festival on Sunday, April 28th, 2019, to lead a discussion on What Grows Together Goes Together….A lesson from Mother Nature. 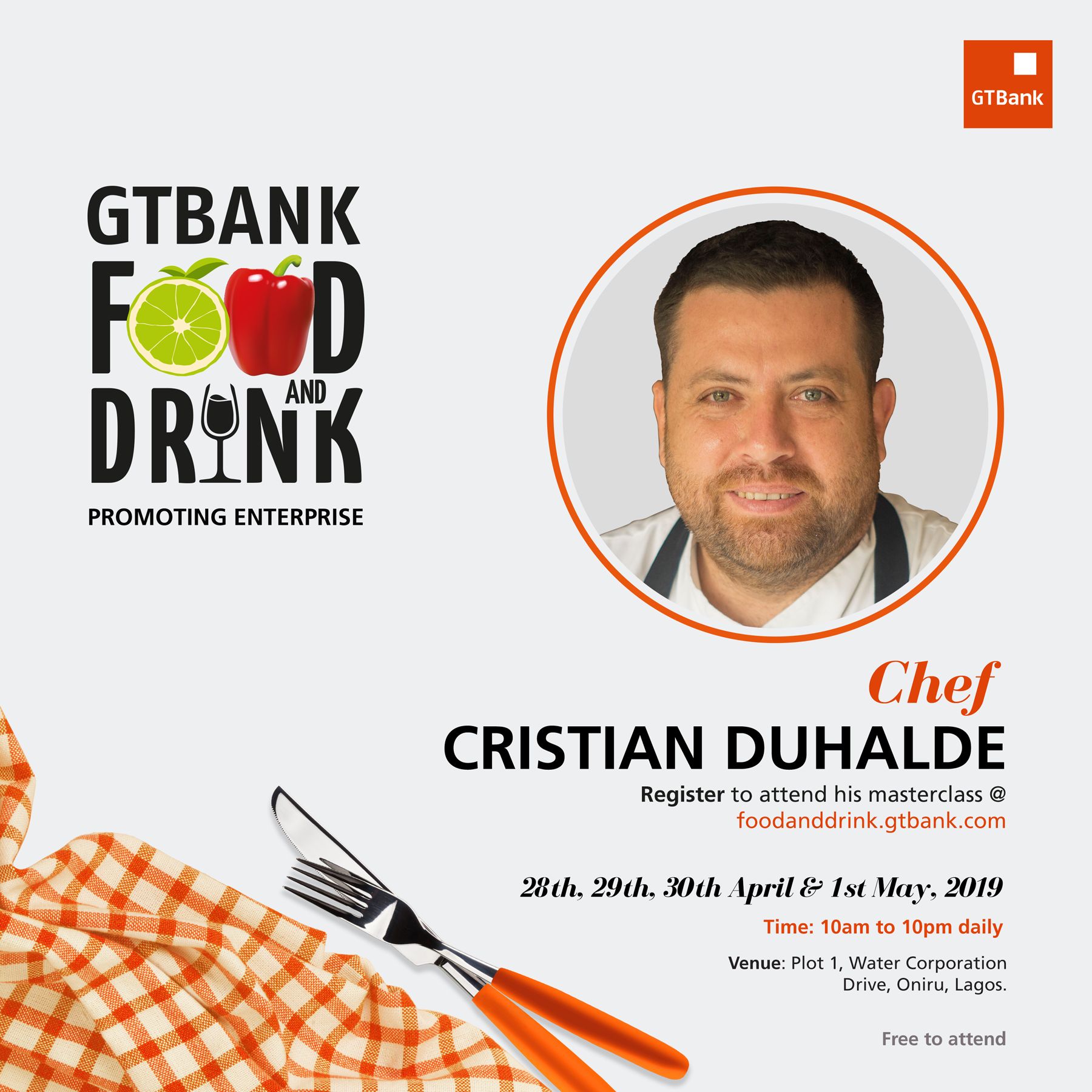 Chef Duhalde started his career in 1996, after graduating from the prestigious Le Cordon Bleu, working at several restaurants in Chile, his home country, Spain, Peru and France. While he honed his skills as a chef, he won many awards including Chile’s National Champion of Chefs in 2004, among many others.

In 2008, Chef Duhalde moved to Nigeria to begin another chapter in his career, working at the prestigious restaurant ‘Villa Medici and la Scala’, and holding private dinners at many landmark locations including the presidential villa, Aso Rock. In 2013, Chef Duhalde opened his restaurant, La Taverna, with specificity in Latin America and Spanish cuisine. Since it’s opening, the restaurant has gained popularity among food lovers and has expanded its reach to Abuja, Nigeria.