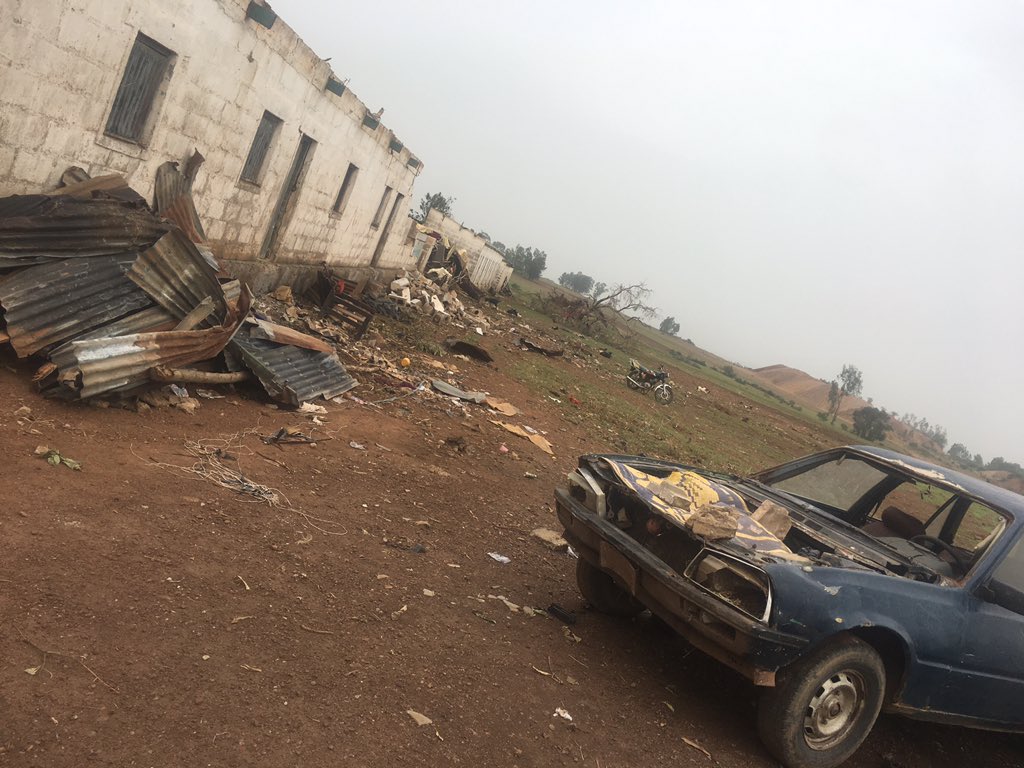 Social media users are calling for aid after what looked like a tornado “destroyed several houses and a filling station” in Bokkos, Plateau State on Friday, April 12th, 2019.

@Yitkyim shared: “I’m calling on all media houses and well meaning Nigerians to bring to light the natural disaster (I call it a tornado) that occurred in Bokkos, Plateau State, Friday 12/04/2019 which destroyed several houses and a filling station. The victims are homeless and need help.”

Another user @HerbertGDaniel also shared a video of the incident

Just watching this, & another video that I've been trying to find, I can Imagine how this community is faring.

Others have also confirmed the incident.

See photos of the aftermath:

These used to be houses all now totally destroyed pic.twitter.com/iiJ5lgpZbs

These are trees that were uprooted from their roots and flung around pic.twitter.com/i2WdnTEMkZ

These are pictures of the fueling station that was wrecked by the tornado and some affected vehicles within the vicinity pic.twitter.com/tYpJp5vCh1

And more pictures of the ruins… pic.twitter.com/0SZWxPKEFu

Related Topics:BokkosPlateau State
Up Next