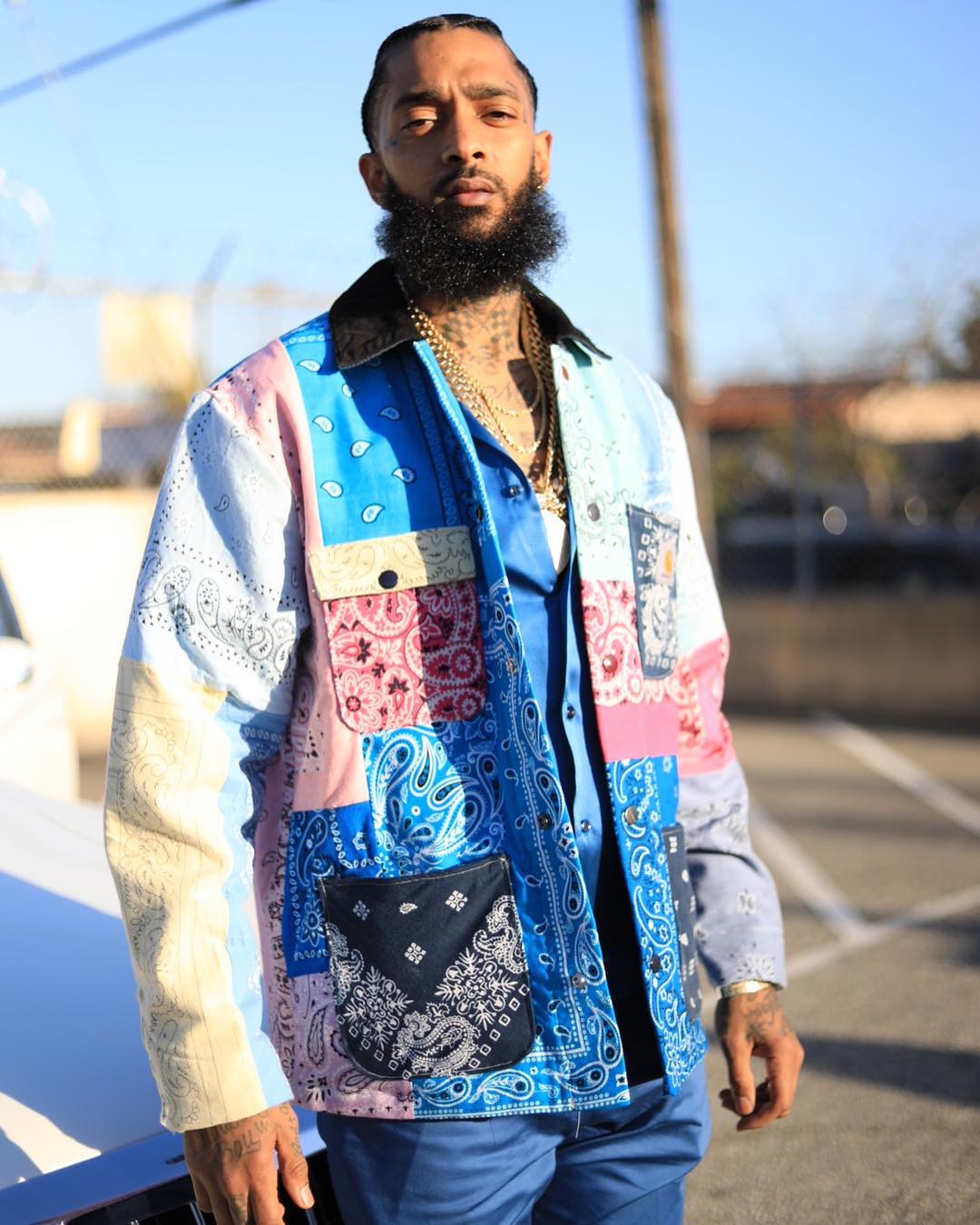 Tributes have continued to pour in as the world mourns American rapper, Nipsey Hussle, who was fatally shot near a clothing store he was associated with in the Slauson Avenue and Crenshaw Boulevard area of Los Angeles.

Rihanna was shaken and described how she felt in a tweet saying “This doesn’t make any sense! My spirit is shaken by this”

This doesn’t make any sense! My spirit is shaken by this! Dear God may His spirit Rest In Peace and May You grant divine comfort to all his loved ones! ???
I’m so sorry this happened to you @nipseyhussle pic.twitter.com/rKZ2agxm2a

Drake in his tribute which he posted on his Instagram described him as “a man of respect and a Don”.

Fuck. My whole energy is just at a low right now hearing this. We just linked for the first time in years and said we were gonna do a new song this summer cause it had been too long. You were having the best run and I was so happy watching from distance fam nobody ever talks down on your name you were a real one to your people and to the rest of us. I’m only doing this here cause I want the world to know I saw you as a man of respect and a don. Rest easy my g.

Nigerian musician Simi also expressed her feeling of loss on her twitter.

Lebron James in his tribute said “this one hurts big time”.

Just spoke with you the other day on text bro! Telling you how proud I was of you and how I was gone get you to more Laker games next season. Been A Stand Up dude from Day 1. May you rest in PARADISE Young King ?‼️‼️‼️‼️‼️ This One Hurts Big Time!

John Legend took to twitter to say that he is utterly stunned at Nipsey’s death.

RIP Nipsey. I just spent Thursday with him filming a video for a beautiful new song we created with Khaled. We filmed in Inglewood, close to where he grew up. He was so gifted, so proud of his home, so invested in his community. Utterly stunned that he's gone so soon.

Wiz Khalifa expressed his sadness in his tribute.

Me Spitta and Nip was all sleepin on couches when we linked up. This shit got me super sad.

Chance the Rapper also expressed his shock on his twitter.

RIP Nipsey man. This is tragic

J. Cole stated his respect and admiration of the career that Nipsey had.

Nipsey you a legend. I respect and admire your career path and what you did for the neighborhood. My heart broke today when I saw the news. I’m praying for your loved ones. This was sposed to be the year we got one in. God had bigger plans for you ??

You were about something..positive and for your community in every chance you had to speak..and because of that You inspired millions..millions who will uphold your legacy forever. rest amongst the stars. ?? https://t.co/7gZ795wcQT

Nipsey’s debut album “Victory Lap” received a nomination for best rap album at this year’s Grammy Awards, where he was nominated against Cardi B, Mac Miller, Pusha T and Travis Scott.

He is survived by a son with actress Lauren London and a daughter from a previous relationship.