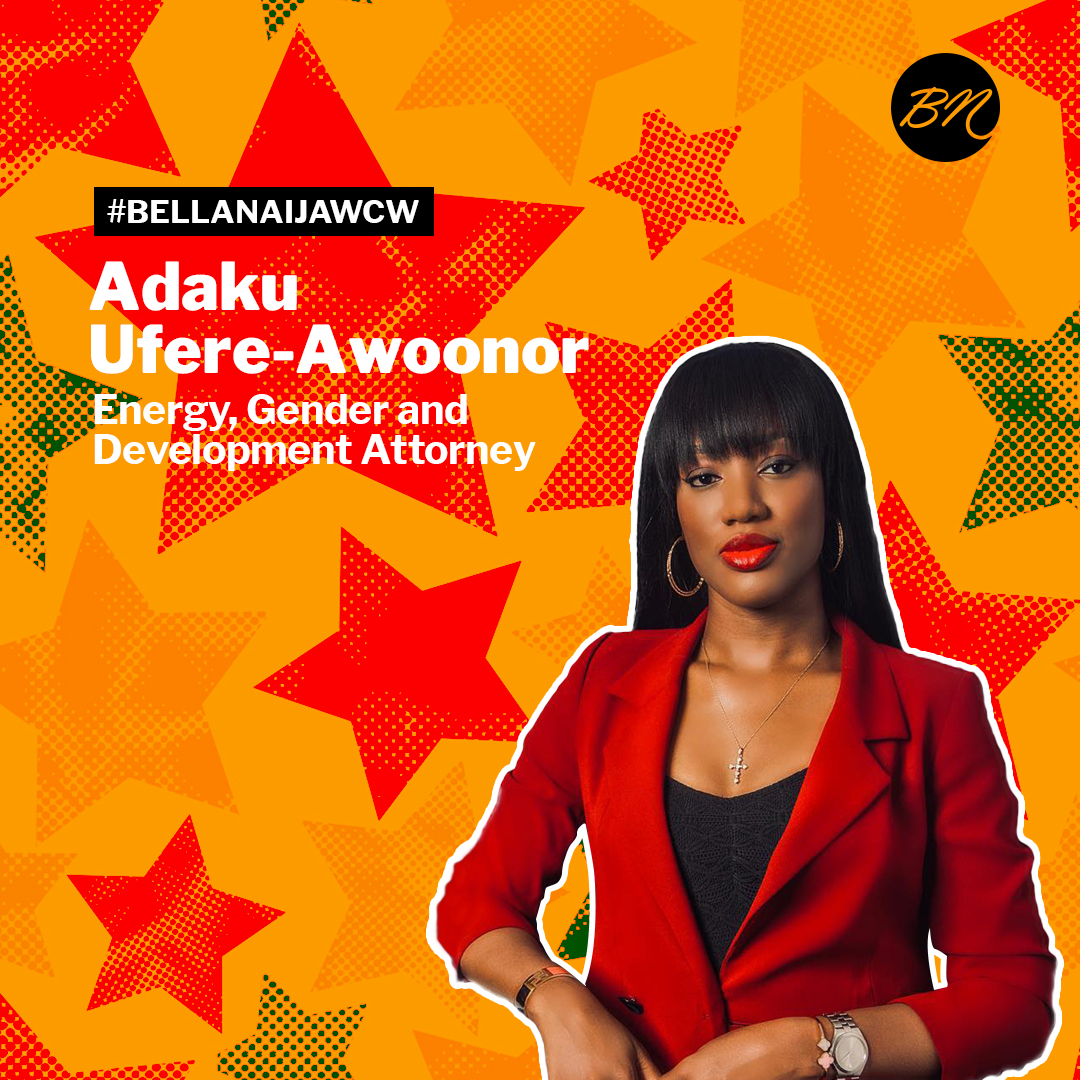 #BellaNaijaWCW feature today celebrates Adaku Ufere-Awoonor, an international oil and gas, gender and development lawyer with over a decade of experience in legal and business advisory in the oil an gas, power, mining and extractive industries.

She’s the CEO and Principal Consultant at DAX Consult, which provides legal and business advisory services in energy, gender, infrastructure and development.

Adaku is currently the Head of Legal at STER Initiative, a Not-for-Profit organization advocating against sexual violence, providing prevention mechanisms and supporting survivors with psychosocial services.

In 2016, Adaku was named as one of Nigeria’s 40 Under 40 Leading Lawyers by the Nigerian Legal Awards and was recognised as the 2017 Attorney of the Year at the African Legal Awards.

Adaku is also a graduate of the Young Women in African Power programme presented by the Young African Leaders Initiative (YALI) Regional Leadership Centre for Southern Africa (RLC-SA) at the University of South Africa (Unisa). The programme supports the career development of a new generation of women leaders in the energy sector.

She was named Young African Professional of the Year at the 2018 African Leadership Awards and Nation Building Series.

She is a 2018 Mandela Washington Fellow and one of the women in Leading Ladies Africa’s “100 Most Inspiring Women” for 2019 list.

We celebrate Adaku for following her passion and excelling in it, thus becoming an inspiration to others.