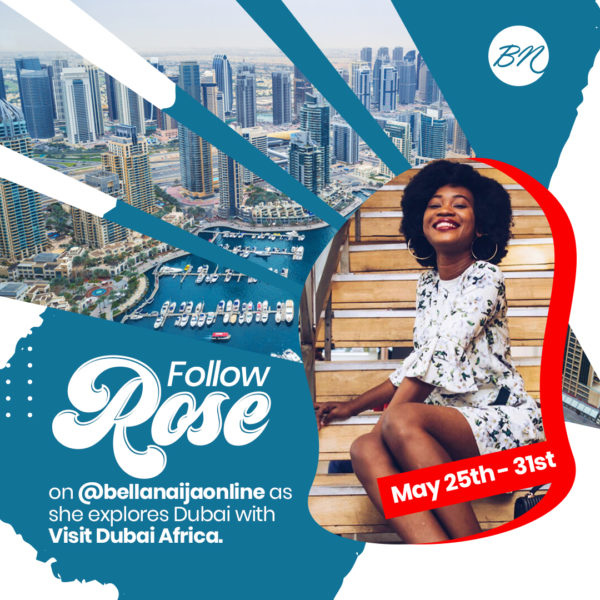 Hello BellaNaijarians, my name is @rose_umane, a member of BellaNaija business team. I have got super exciting news to share with you?. On the 25th of May, I will be travelling to the dreamy city of Dubai with Dubai Tourism. That’s not all, I will also be travelling with an A-list cast of celebrities as part of Dubai Tourism unique Dubai Face-Off Celebrity Campaign and Fan Travel Package.

Last year, movie stars Uche Jombo, Omoni Oboli, Ufuoma McDermott, Chioma Akpotha & Chioma “Chigul” Omeruah went on an adventurous week long girlfriend’s trip where they explored the beauty of Dubai. This #GirlsTrip stirred up a response from A-list male celebrities who called for their own version and the Dubai Face Off challenge was created.

The most exciting part is that fans get to travel with these celebrities and take part in the #DubaiFaceOff challenge and BellaNaija will be live in Dubai to bring you all the exciting details from this trip ?.

We all leave for Dubai tomorrow and we will be spending 5 nights in a 5-star hotel. Some of the activities lined up for this trip includes Dubai city tour, a visit to IMG world theme park, desert safari, kite beach, fishing harbour 2 and many more.

So, whose side are you on? Who should win the #DubaiFaceOff Challenge – Team The Fantastic Squad or Team Chop Life Gang? Stay glued to @bellanaijaonline to find out.? Follow @visitdubai.af, @mydubai, #MyDubai #DubaiFaceoff #BNxDubaiFaceOff #BellaNaija #BNTravel for juicy updates from this trip. 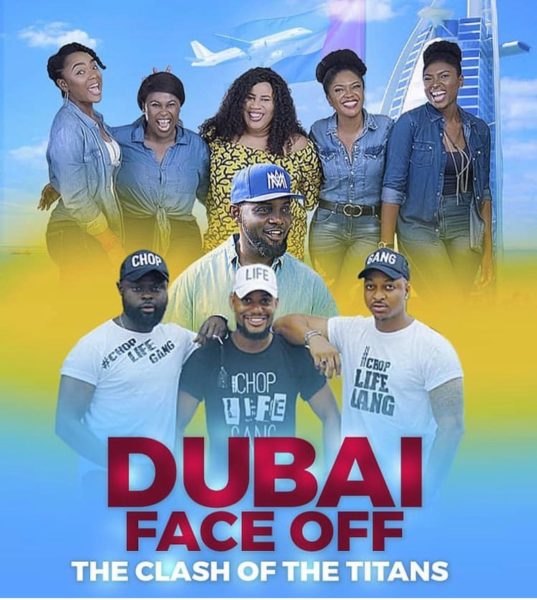