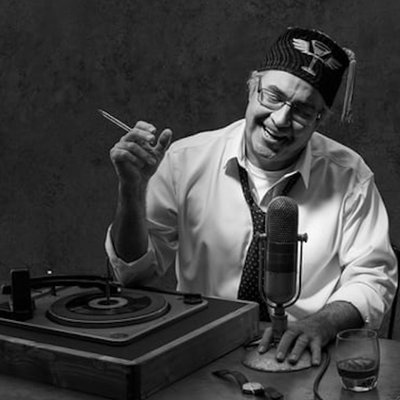 A former BBC broadcaster Danny Baker, who was fired from his job for comparing Duke & Duchess of Sussex, Prince Harry & Meghan‘s baby Archie to a chimpanzee, has issued an apology.

Baker had shared a photo of a chimpanzee, dressed as a Lord, with a man and woman by its sides, with the caption: “Royal baby leaves hospital”.

Good morning, everyone. Following one of the worst days of my life I just want to formally apologise for the outrage I caused and explain how I got myself into this mess. I chose the wrong photo to illustrate a joke. Disastrously so.

In attempting to lampoon privilege & the news cycle I went to a file of goofy pictures & saw the chimp dressed as a Lord and thought, “That’s the one!” Had I kept searching I might have chosen General Tom Thumb or even a a baby in a crown. But I didn’t. God knows I wish had.

Minutes later I was alerted by followers that this royal baby was of course mixed race and waves of panic and revulsion washed over me. Fuck, what had I done? I needed no lessons on the centuries slurs equating simians and people of colour. Racism at it’s basest.

I am aware black people do not need a white man to tell them this. Deleting it immediately and apologising for the awful gaffe I even foolishly tried to make light of it. (My situation that is, not the racism involved.) Too late and here I am.

I would like once and for all to apologise to every single person who, quite naturally, took the awful connection at face value. I understand that and all of the clamour and opprobrium I have faced since. I am not feeling sorry for myself. I fucked up. Badly.

But it was a genuine, naive and catastrophic mistake. There is of course little media/twitter traction in such a straight-forward explanation. The picture in context as presented was obviously shamefully racist. It was never intended so – seriously who on earth would ‘go there’?

Anyway i am now paying the price for this crass & regrettable blunder and rightly so. Probably even this final word from me will extend the mania. (‘Dog whistle’ anyone?) I would like to thank friends on here for their kinder words and once again – I am so, so sorry.

Baker, who was fired on Thursday, had said the call to fire him “was a masterclass of pompous faux-gravity,” adding that it “took a tone that said I actually meant that ridiculous tweet and the BBC must uphold blah blah blah. Literally threw me under the bus. Could hear the suits knees knocking.”

“Just got fired from @bbc5live. For the record – it was red sauce. Always,” Baker had tweeted earlier.