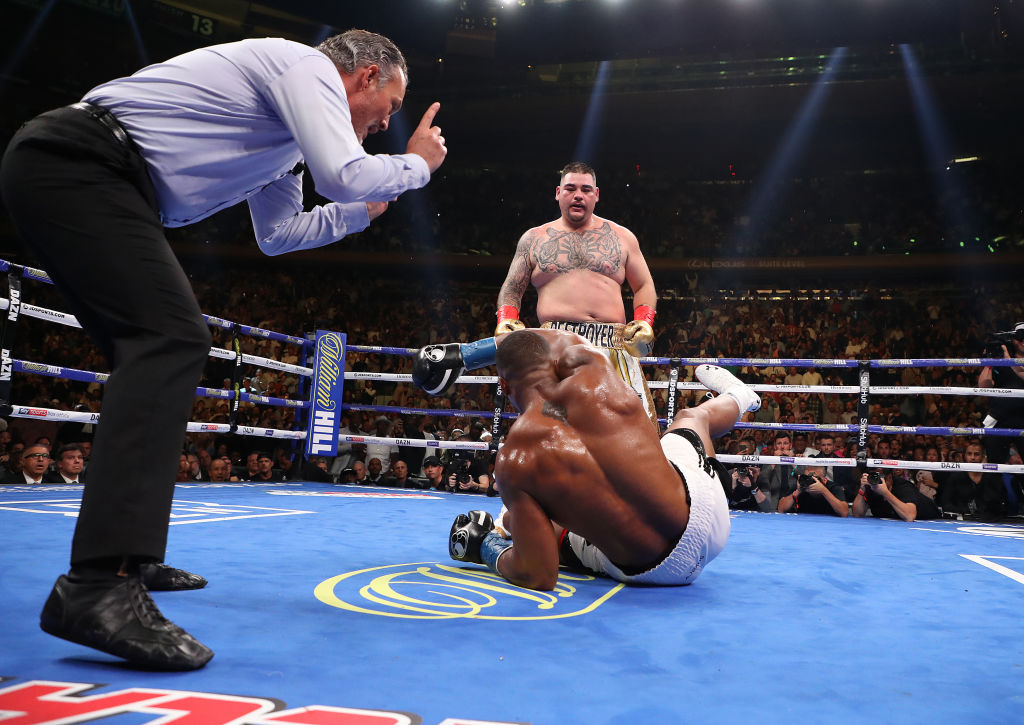 Anthony Joshua has lost his first ever profession match to Andy Ruiz Jr. in his US debut with a seventh-round TKO on Saturday night at Madison Square Garden.

Ruiz, with a 33 – 1 record, was a replacement opponent who was called in on five weeks’ notice came off the floor in the third round to drop Joshua twice before the end of the frame, according to The Guardian.

Joshua said after the match: “It just wasn’t my night. I just have to turn it around a few notches and bring it back my way. I don’t want people to drown in their sorrows. This will show I have the power and the strength.”

He added that the stoppage of the match in the seventh round was premature: “I want to fight…. I don’t do [the referee’s] job. I am never one of those fighters to disrespect a referee like he should have done this or he should have done that. He called it off when he thought I couldn’t fight. It’s a shame. But I don’t want anyone to drown in their sorrows. It’s the long game, not the short game.”

Joshua has also congratulated Ruiz on social media. “This is Andy’s night, congratulations Champ,” he wrote, sharing a photo of the both of them in the ring.

“He wasn’t a true champion. His whole career was consisted of lies, contradictions and gifts. Facts and now we know who was running from who!!!! #TilThisDay”

Tyson Fury tweeted: “We have our back and Forth’s but @anthonyfjoshua changed his stars through life. heavyweight boxing, these things happen, rest up, recover, regroup and come again

Joshua’s promoter Eddie Hearn has said his fighter would exercise an immediate rematch clause. He said:

AJ got sloppy. It was a beautiful combination in the third round. He was in total control of the fight but he got sloppy and never recovered. Listen, tonight was his night but AJ will come back 100% and we will make the rematch in the UK in November or December. But this night now belongs to Andy Ruiz.

AJ has the heart of a lion and will come back stronger. Now at least we know the opponent for the end of the year in the UK. Absolutely we will enact the immediate rematch. He will be devastated when it sinks in. It makes the fall fight a must win.