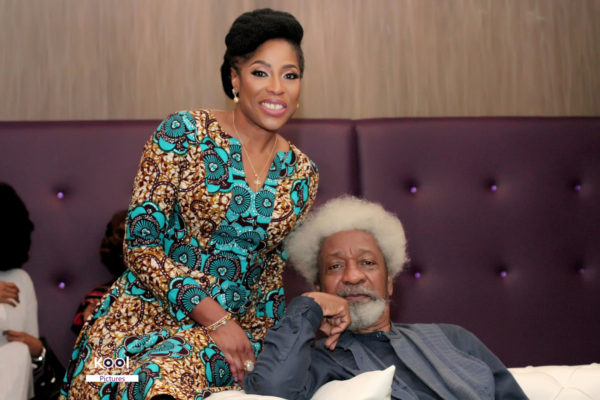 It was all over the news yesterday, a young man refused to give up his window seat for Nobel laureate Professor Wole Soyinka in a plane.

The young man had gotten to his seat to find Soyinka there. According to Tonye Cole, who shared the details of the incident, the young man told Soyinka that the seat he was on is his and he wants to sit there.

Well, Cole and a few others, including media mogul Mo Abudu faulted the young man for doing that.

“So so sad. That young man will get what he truly deserves. That is definite!” Mo said as a comment under Cole’s post.

Mo has now taken to Instagram to share an email she received from Soyinka concerning the incident.

“Good morning beautiful people. It’s 6.30am here in Los Angeles. Quite a bit has been said about me making certain comments about the young man that refused to give up his seat for Professor Wole Soyinka.” she said in the Instagram post.

She then went ahead to share the email with Soyinka’s permission. See below:

Someone sent me Patrick Tonye’s comment on the plane incident, and I saw your brief comment. It was a very minor thing and I’d forgotten all about it. However, after reading the boy’s response, I became curious. First, I never exchanged a word with him throughout beyond inviting him to take his allotted seat. Never spoke a word to him after that. Certainly never exchanged contact. So of course, I wonder if it’s the very individual  who’s posted this or a total fake. The phenomenon of stolen identities takes very strange dimensions and has become a source of worry. I wonder if this is one such. Any way of your finding out. I don’t operate in the social media as you probably recall.