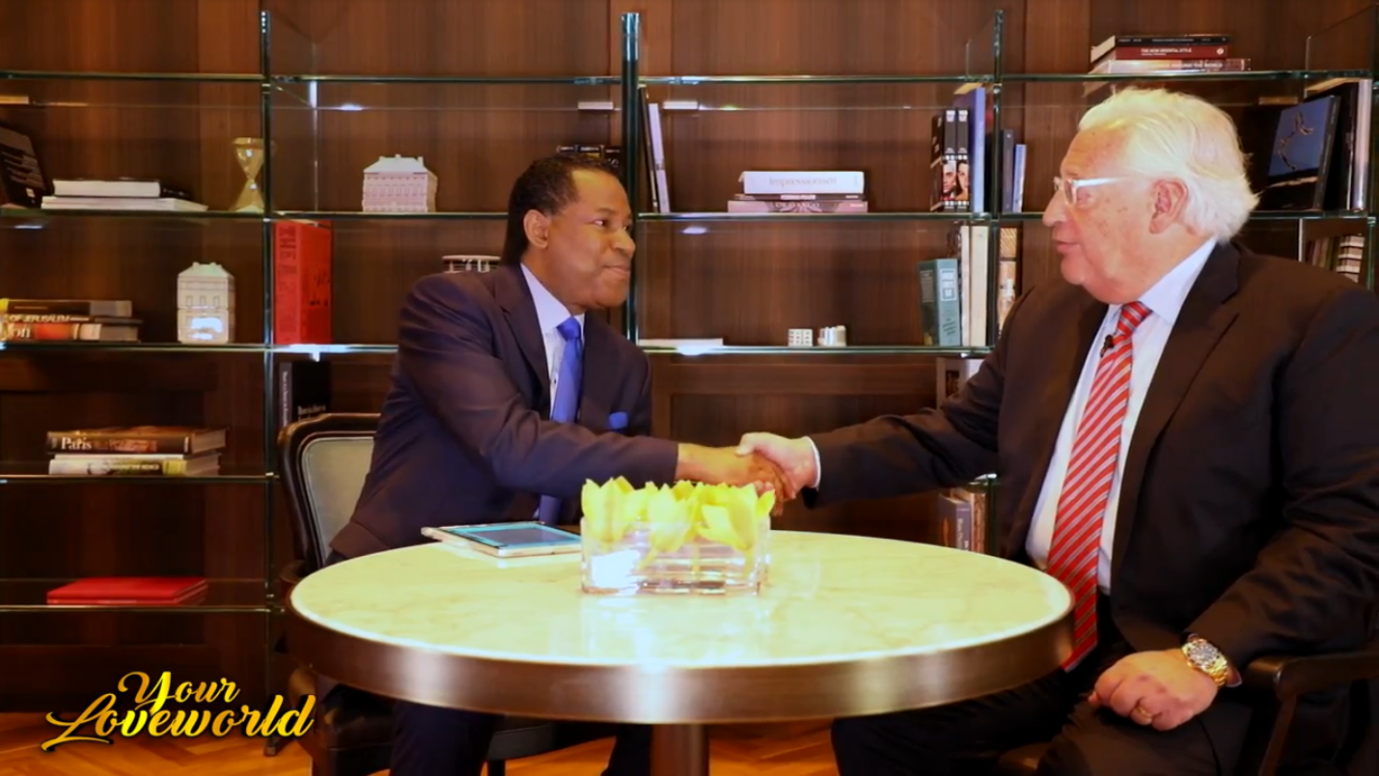 In the exclusive interview with the Man of God, Ambassador Friedman discusses American policy towards Israel and the unique relationship between the two countries. Friedman shares with Pastor Chris America’s vision for the region and how Israel plays an important role in successfully achieving that vision.

Watch the exclusive interview above and read the complete interview transcript below.

Pastor Chris Oyakhilome: Hello everybody. I have with me today the American ambassador to Israel, Ambassador David Friedman. You are welcomed, sir.

Ambassador David Friedman: It’s great to be with you, Pastor. Thank you. 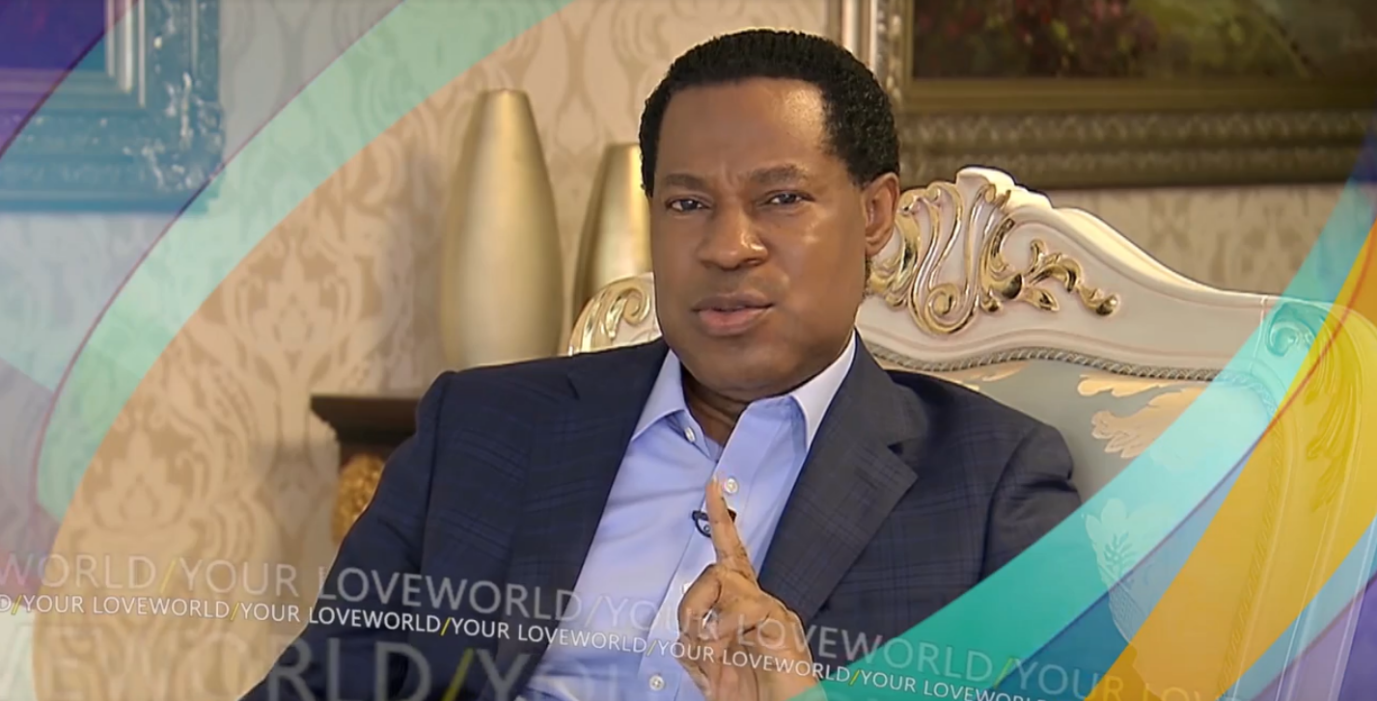 Pco (Pastor Chris Oyakhilome): It’s one year now since the United States recognized Jerusalem as capital of Israel. What are your feelings?

Df (Ambassador David Freidman): First of all, I can’t believe how fast the year has gone. It feels like a blur. I’m so happy that we’ve managed to open, to really get into our mission here in Jerusalem. I think it’s been a very successful year and, you know, I thank God that we were able to have that first year in peace, tranquility, success, outreach to people of all faiths and to really, I think, present the President’s mission towards Israel, towards the Jewish world, the Christian world, the Muslim world in the best possible light.

Pco: So far, any backlash?

Df: No. Surprisingly no, from the first day, from the day of the opening ceremony, I don’t think there were more than 10 or 15 people in all of Jerusalem that were protesting. Of course, you know there was violence in Gaza, but that violence had already begun several months earlier. So that was really unavoidable. But in terms of the City of Jerusalem, that was completely tranquil, as it should be. 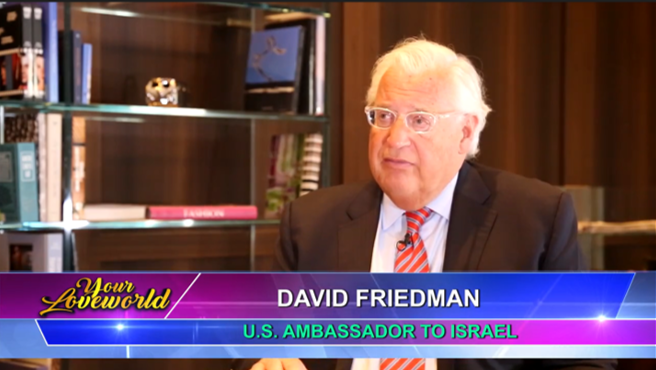 Pco: Amazing. Now in recent times, we can see that Iran has been ramping up their rhetoric against Israel. Any connection with the relocation of the Embassy.

Df: I think that Iran has hated Israel, has hated the United States for decades and we haven’t seen any increased rhetoric relating to the opening of the embassy. But we have of course seen Iranian activity grow, malign activity grow throughout the Southern and Northern Crescents whether in Yemen or Iraq or in Syria. So, Iran is a serious problem, but I don’t think that problem has been exacerbated by the opening of the embassy.

Pco: If I look at it from another perspective, you know sometimes, some people may not say something, but they may not be very happy. What are the thoughts in Europe?

Df: Well, Europe is no longer monolithic. You know there’s the E3. I think France and Germany have been fairly vocal in their opposition to recognizing Jerusalem as the capital of Israel. Maybe to a lesser extent in the UK. As you head east, we see many countries that I think are really beginning to seriously consider moving their embassies. So, they’re not all of one view. We’d like to see more activity over the next year or two.

Pco: How many have moved their embassies currently, or at least recognized Jerusalem as capital?

Df: So, the one that’s recognized Jerusalem and moved has only been Guatemala, at this point. The Czech Republic has opened up a diplomatic facility here, as have a number of other countries. No one is yet to move an embassy. It’s been actively discussed, as you may know, in Brazil, in Romania, in a number of other countries. So, it’s moving, not at the fast pace we would like, but it’s moving I think in that direction.

Pco: Are you making any efforts to convince them, or are you just waiting for them to decide?

Df: We’ve, I think, indicated to everyone that’s willing to listen that we think their diplomatic missions should be in Jerusalem. We think that’s the correct approach diplomatically, it’s the correct approach historically and it doesn’t in any way denigrate from the desire to see peace in the region or to see the Palestinians live in dignity, with autonomy. So, that’s been our view. We’ve made that point over and over again and privately many countries have agreed. I think there’s in each country a process that maybe takes a couple of years, but I’m still optimistic that we’ll see more movement.

Df: Well, there’s a lot to discuss. Maybe in the simplest terms – Israel is a miraculous country. When you think of the challenges that it faces, the enemies on its border – whether it’s Syria, Lebanon, Gaza – enemies close to its border like Iran. all the instability, all the terrorist groups that threaten it – the fact that it’s able not just to survive, but to maintain its strength, maintain its security, develop a world-class economy – you know one of the best in the world – be a leader in cyber defense and high technology – this is, frankly, miraculous.

I mean, something that nobody would expect to see, you know, in the absence of some divine help. So, I’m very, very, very impressed with the people of Israel, the land of Israel and it really survives against the odds – but it doesn’t just survive, it really survives and excels in ways that I think few other countries can. I like to think that the United States and Israel are so close because we do have these shared values and these shared accomplishments, but, of course, Israel does it with a much greater risk to its security. The United States is surrounded by oceans and Canada and Mexico. Israel doesn’t have that luxury. 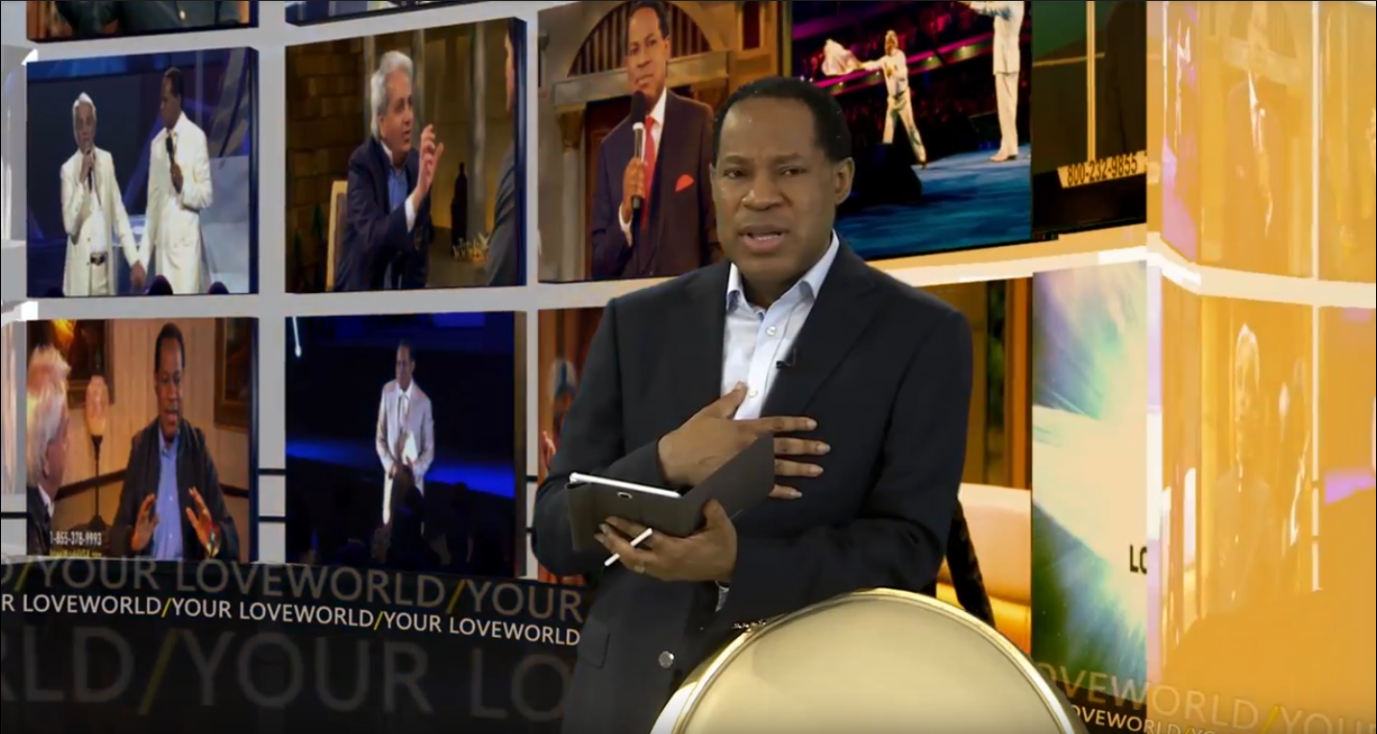 Pco: Now talking about security. You recently declared the Golan Heights as part of Israel. What would you say to the world really motivated this – was it in defense of Israel, what was it?

Df: Well, you know of course it supports Israel. We want to support Israel. I’m sure you’ve been there. I’ve been there many times, especially recently. It’s incredibly important territory strategically, it borders with a ruthless, despotic regime that has killed or displaced more than a million people. And there is simply no conceptualization of Israel’s northern border that doesn’t include the Golan Heights, and so, you know, we did it. We think our predecessors, frankly, should have done it.

It was the right decision at the right time and I think it sent the message to those who are still making mischief in Syria that the United States is going to support Israel having a safe and secure border, which is what it’s entitled to, you know, as a matter of law. So, we’re surprised that any country could possibly conceive the circumstance where the Golan Heights would be returned to Bashar Assad. It’s just beyond, beyond imagination that anybody could think that would be a possibility, even fifty years from now. You know, even, you know in the distant future. The Golan Heights needs to be part of Israel forever.

Pco: Interesting. I just want to ask – two more things. I wanted to articulate – can you give us in a nutshell what is America’s vision for this region?

Df: We’d like to see much of the region join the 21st century, develop better practices with regard to human rights, more open, transparent economy, non-aggression from one country to the next. We think Israel is the lynch pin of that vision because Israel is the only democracy in the region. It has by far the best human rights record in the region. So, it is the model that we would like to see others aspire to and, without mentioning other countries, we are seeing progress. Not enough, not at enough of a pace. But our vision of the region are democratic nations living in peace.

Pco: A year ago I was present at the celebration where you made this announcement. So now, you’ve enjoyed it, what do you have to say to the world about Israel? Would you encourage…I want you to say something about Israel, talking to others about Israel.

DF: The most important message is we can talk about Israel for hours, it’s nothing like being here. Israel is now seeing about 4 million tourists a year. That’s more than double than what they were seeing a couple of years ago. People are coming here, they’re seeing the beauty of it, the miracle of it, the power of walking the lands of the Bible, walking where Moses walked, walking where Jesus walked. I shouldn’t say Moses, Moses never got to Israel, but Joshua walked, where Jesus walked, where Samuel walked. It’s very powerful. There’s nothing like being here. And to see how Israel makes it all works and accommodates all the faiths, all the faith-based tourists in a way that’s so welcoming. I think it’s a transformational experience. I would encourage everybody to come.

Pco: Amazing. Thank you, Ambassador, so much.

Df: Thank you for having me. It’s a pleasure.

Thinking of Building or Renovating Your Home? Sujimoto has got You Covered!

How would You like to Win A Trip to Egypt With Victor Ikpeba? Find Out