According to a survey by Mercer, Lagos has been declared as Africa’s 4th costliest city for employees working abroad.

The figures for Mercer’s cost of living and rental accommodation cost comparisons are derived from a survey conducted in March 2019. Exchange rates from that time and Mercer’s international basket of goods and services from its Cost of Living Survey have been used as base measurements.

After N’Djamena is Kinshasha, DRC; Libreville, Gabon; before Lagos, Nigeria. 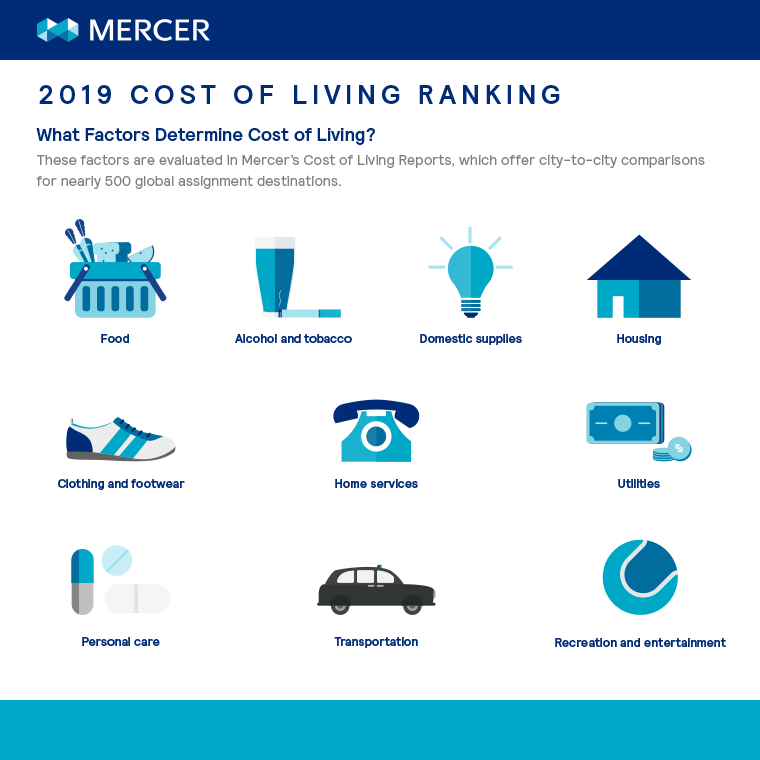 Food, housing, utilities, domestic supplies, transportation, personal care, recreation and entertainment, clothing and footwear, home services, alcohol and tobacco were some of the factors used in carrying out the survey.

The 25th annual Cost of Living Survey finds that a number of factors, including currency fluctuations, cost of inflation for goods and services, and volatility in accommodation prices, contribute to the overall cost of expatriate packages for employees on  international assignments.

However,  Lagos continues to remain attractive for foreign investments despite being one of the most expensive in Africa, compared to other countries.

“Each African country has its own unique economy and this is why multinationals need not approach their expatriate packages for Africa with one single strategy. Let’s look at it this way, while a city like N’Djamena in Chad has been listed as the 11th most expensive city in the world, whereas Mali comes in at the 124th position in terms of cost of living,” Africa.com quoted Yolanda Sedlmaier, Principal Leader – Africa Mobility at Mercer, as saying.

Related Topics:lagosMercer's Survey
Up Next