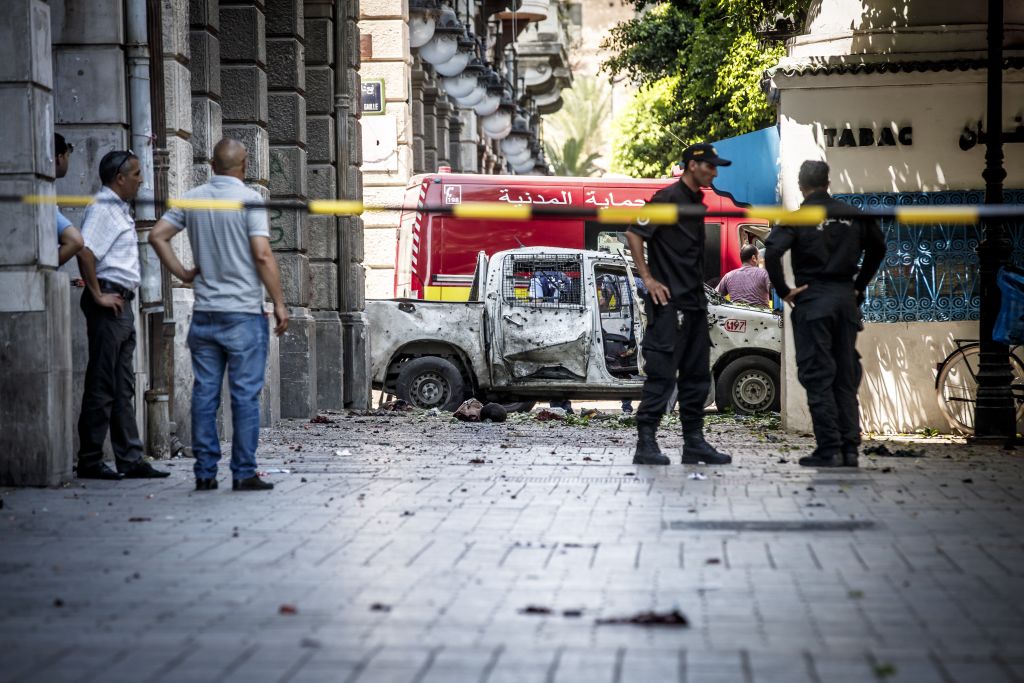 TUNIS, TUNISIA – JUNE 27: Police take measures after a suicide bombing targeted a police vehicle in the Tunisian capital in Tunis on June 27, 2019.

Two suicide bombers blew themselves up in Tunis, the capital of Tunisia, killing one police officer with at least 8 others injured.

The Interior Ministry said shortly after the first attack, another bomber blew himself up near a police station in the al-Qarjani district, wounding four people.

The bombers have not yet been identified.