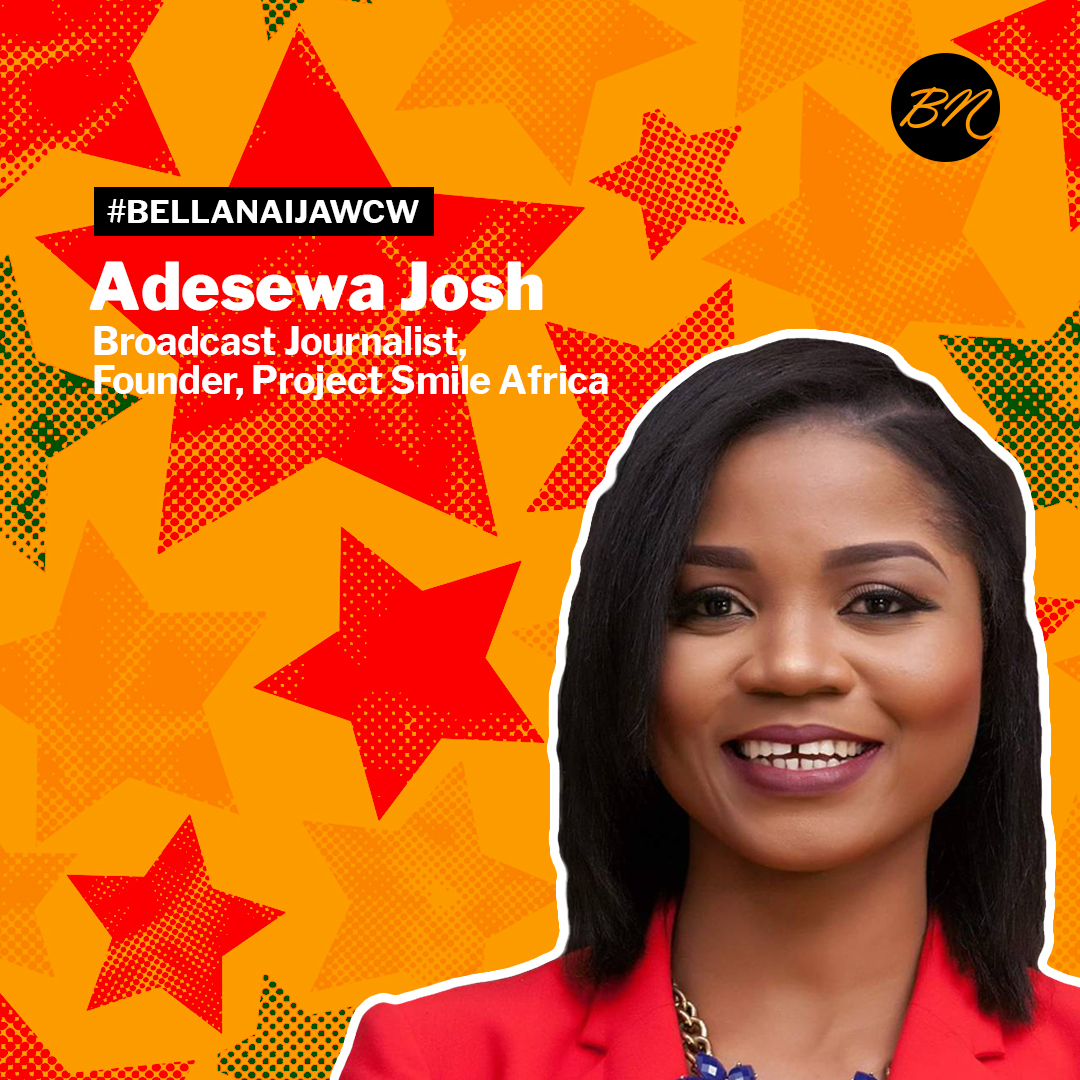 Adesewa started her career as a child actor both on stage and on screen, and then went on to become a TV show host, working alongside veteran comedian and actor, Julius Agwu.

She was also on a Nigerian reality television show called Next Movie Star.

Adesewa earned her undergraduate degree (Biochemistry) from the University of Ado Ekiti and also holds a professional certification from the Nigerian Institute of Science Laboratory Technology.

In 2011, she completed her postgraduate diploma in International Relations from Lagos State University, and earned a master’s degree in Politics and Global Affairs from Columbia School of Journalism in 2017.

Adesewa joined Channels Television in 2012 as co-host of Sunrise Daily.

In 2015, Adesewa was assigned to the United Nations headquarters in New York to report on Nigeria’s rotational presidency at the Security Council.

She also was host of the Emmy nominated UN documentary, 21st Century.

Adesewa joined TRT World News in 2017, working as a correspondent at its Africa Desk and also as producer of The Newsmakers, a TRT World’s flagship current affairs programme, featuring in-depth reports and interviews with the drivers of the biggest stories of the week.

Adesewa has told hundreds of stories about community development and gender based issues in Africa since she began her career, bringing the right nuances and perspectives to African stories in international newsrooms.

In 2013, deciding not to just tell people what’s wrong with the world they live in, but being a part of the change, Adesewa founded Project Smile Africa, to address some of the issues she has reported on over the years.

Adesewa won the Xceptional Women in Media Awards in 2014 for her reporting on community development issues in Africa. In 2017, she was a nominee in The Future Awards Africa (TFAA) Prize for On-Air Personality (Visual). She was also named in Leading Ladies Africa’s 100 most Inspiring Women in Nigeria list for 2019.

We celebrate Adesewa for being a voice for the voiceless, and for contributing her skills and resources to community development.

Precious Ajunwa: Summer Travel with Your Group of Friends Does Not Have to Be Stressful

Eziaha Bolaji-Olojo: Yes, It’s The Holidays… But, Remember Not to Overwhelm Your Domestic Staff!