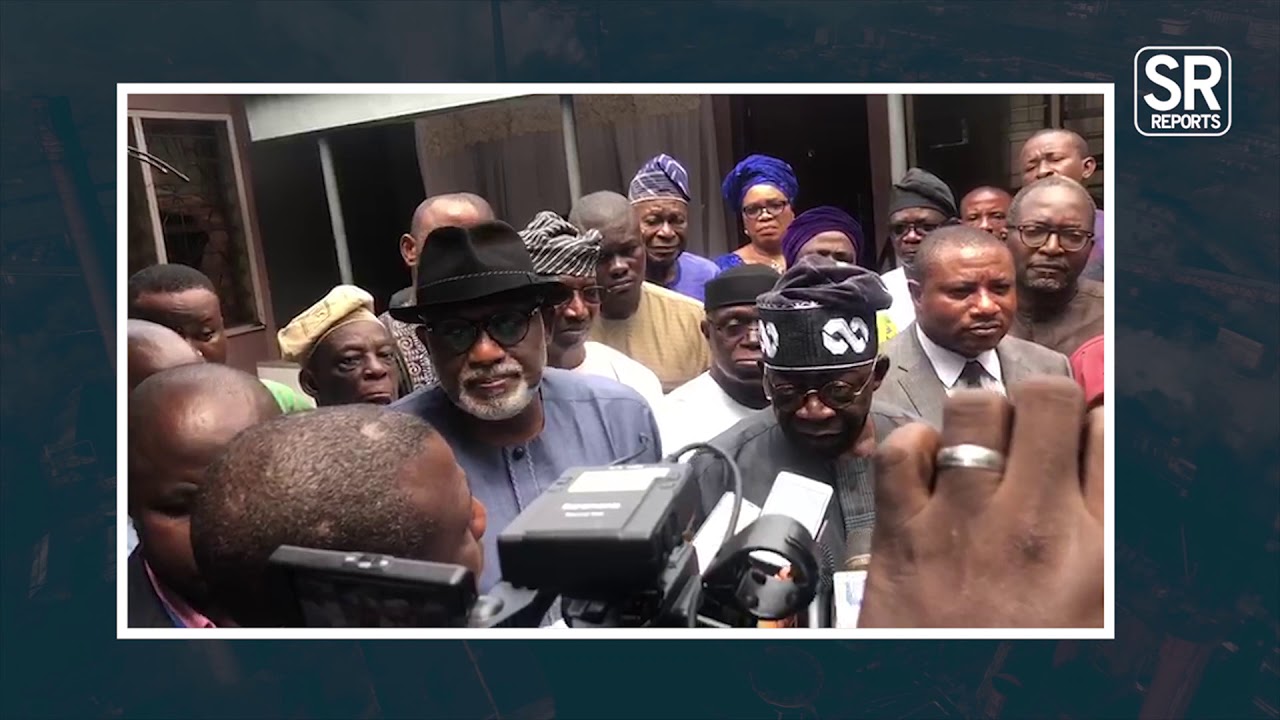 Bola Ahmed Tinubu has come under fire for the speech he made concerning the death of Funke Olakunrin, who was the daughter of Reuben Fasoranti, the leader of the Yoruba group, Afenifere.

It was alleged that she was killed by Fulani herdsmen, although the PPRO of Ondo state police, Femi Joseph, debunked the rumour and stated that it was a case of robbery.

Bola Tinubu, in his condolence speech, had stated that it was ‘destined that it was her time to go’. Also debunking that her death was caused by Fulani Herdsmen, Tinubu insisted that cows were not sighted at the spot of the incident and advised people not to make it political.

#Tinubu's comments during his condolence visit to #ReubenFasoranti whose daughter was killed along Benin-Ore road has got people talking. Afenifere has said she was killed by herdsmen, but police said kidnappers/armed robbers are responsible for it. Video: @saharareporters #BellaNaija bellanaija.com

Nigerians have reacted to this, and while some are in support of his speech, others have called it ‘insensitive’. They expressed their views on social media platforms, especially Twitter.

Fellow Nigerians!
Due to Tinubu’s recent public remarks, I’ll like to suggest that all ??VIPs have their police escort withdrawn from them. So the will of God can happen to everybody together at the same time.

Just for a week…

Tinubu visited Pa Fasoranti yesterday over the gruesome murder of her daughter and here is what he had to say.

“We all know where kidnapping started in this country and who started it”- Bola Ahmed Tinubu, 15th July 2019.

I am just speechless and weak. pic.twitter.com/yqGjvLxxJZ

…..”I don’t want to be political, but I will ask where are the cows, if the killers are herdsmen?” – Bola Tinubu

So, Tinubu expected killer herdsmen to mount the roads with their cows while attacking people?

Buhari has messed up this one’s brain also. SMH

Listen to what Tinubu is saying here. I need you guys to listen first because I don’t want to rush to insult him https://t.co/7cfg5cwp9v

Nigerians
Bola Tinubu is the leader of the Yorubas of our time.

He has aired his view of the death the daughter of Afenifere leader, Rueben Fasoranti. She was not killed by Fulani herdsmen
He is jagaban

All the people in the South West must respect the opinion of their leader pic.twitter.com/c7TaZvABdl

Destined to be shot by herdsmen . Bola Tinubu you have done well . Your destiny will be rewritten by man . And soon this video shall be our reference point. Omo ale

That Tinubu’s remark about Fasoranti’s daughter destined to die the way she died reminds the Great Oracle of Fela’s taunt at his critics in Army arrangement: ” you go carry your bodi go police station, you die unlawfully”. Fela’s was a taunt. Tinubu’s remark is reckless!

ROK acquired by CANAL+: “I’m excited to be taking our platform on the next stage of its journey,” says Mary Njoku