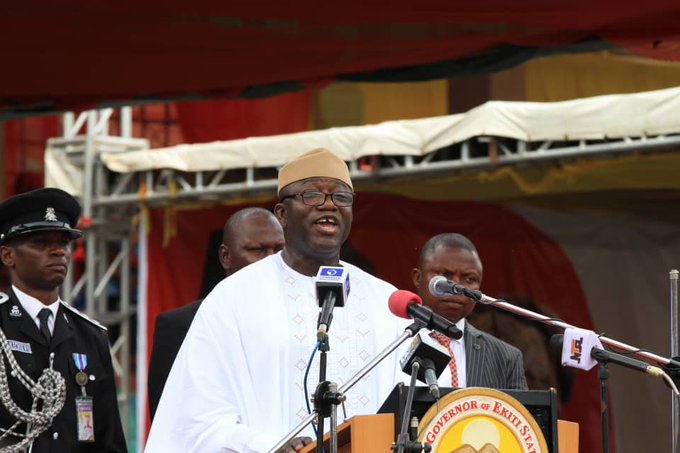 The Ekiti State Government, according to Governor Kayode Fayemi, has commenced the naming and shaming of convicted sexual offenders in the state.

Fayemi made this known in a tweet on Friday, sharing a photo with the image of one Rev. Gabriel Asateru who was sentenced to 5 years imprisonment for “sexual abuse and exploitation of a 7-year old girl”.

Here’s the text in the photo:

He is currently serving a five-year prison sentence at the Federal Prisons, Ado-Ekiti, for sexual abuse and exploitation of a seven-year-old girl.

He has been registered in the Ekiti State Ministry of Justice Sex Offenders’ Register.