From Ike and Mike to Sir Dee and Elozonam, the Housemates seemed to have a lot to say about last night’s outcome.

A Win For Team Enigma

After his win at the Veto Power Challenge, Ike admitted to his new teammate – Mike that he is glad he ended up in the same team with his resident lover, Mercy. He also did not fail to tell Mike that he felt a little refreshed seeing himself in another team, following the subsequent fight sessions his former team, The Icons were known for.

To this, Mike responded saying, “If you’re Saved after tomorrow’s Nomination Challenge, then you know that Mercy is Saved too; the same thing goes for Elozonam and Diane.” In addition, Mike expressed his joy for Ike giving team Enigma their first win tonight and also addressed the fact that the other teammates need to put the same energy in subsequent Tasks.

Just as they sealed their conversation with cigar puffs, Mercy came to join their chat as she sat on Ike’s lap and the trio kept discussing team tactics. How well will the Icy ship fare, considering being in the same team now? Could this be a blessing in disguise and a stronger means of bonding for the couple? 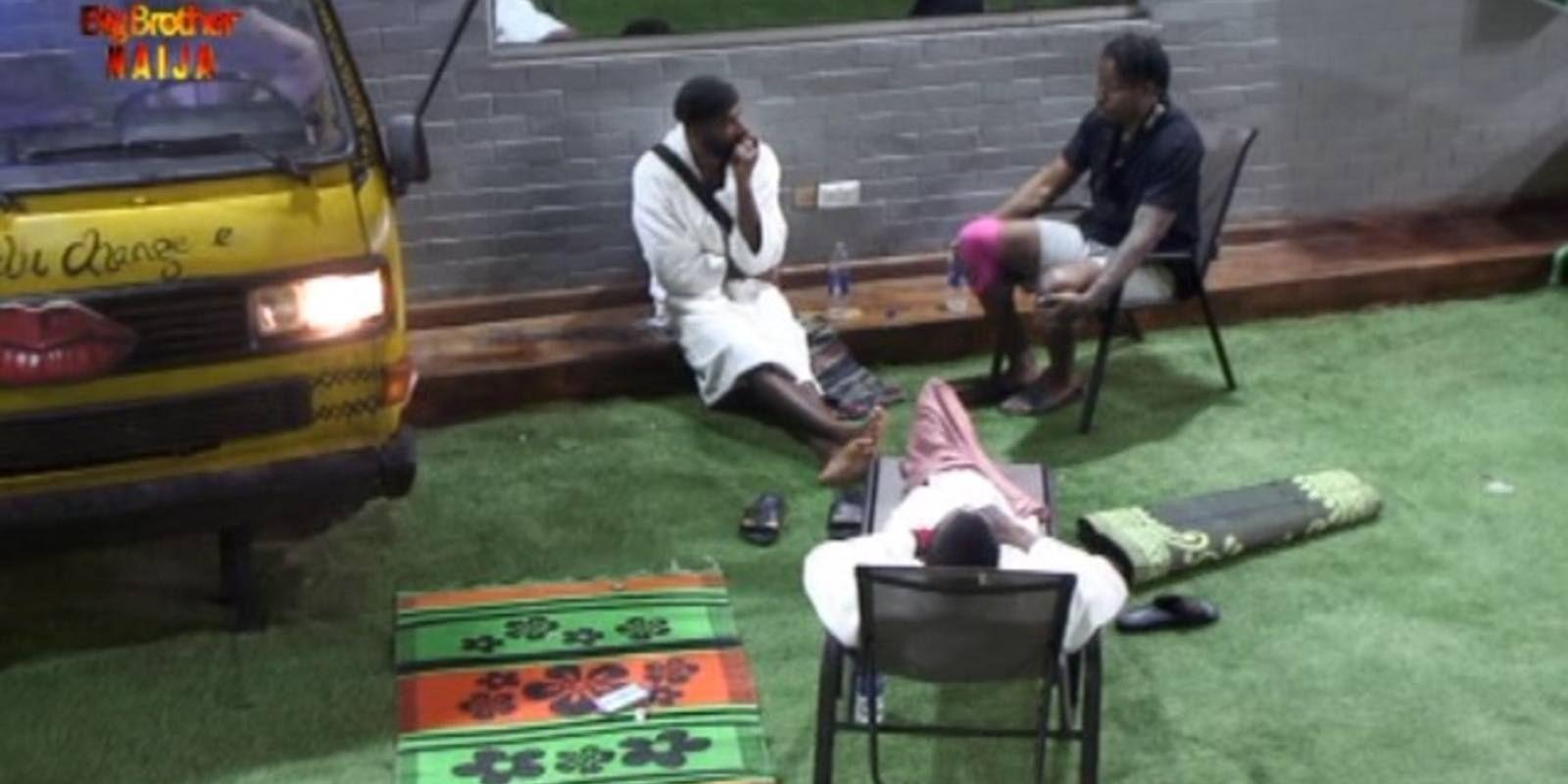 Elozonam seemed tickled by Gedoni’s awkward reaction following his Eviction announcement last night as he was found telling Diane and Sir Dee about his thoughts on it.

“Gedoni put on a great performance last night,” he said to Sir Dee and Diane. According to him, Gedoni went down on his knees after his Eviction was announced as a way of saying, “Thank goodness I escaped the drama Ebuka’s questions would have caused me tonight.” Sir Dee who agreed with him, said Gedoni wasn’t the only one putting up a show, “Venita also performed for us oo,” he said.

Sir Dee further revealed that Gedoni was definitely not going to escape Khafi’s wrath because this third party issue with Venita has always been a problem in their relationship and unfortunately, he didn’t seem to have an issue with it. To buttress his point, he disclosed to Elozonam and Diane that Khafi has had a conversation with him on how hurt she felt regarding the situation.

Diane who tried to remain on neutral grounds said Venita also tried coming in as a third party in Ike and Mercy’s relationship. “Ike didn’t allow it because he was aware of her games.” As if trying to justify her gossip, she explained saying Venita might just be innocently playing with everyone on the same level and luckily, the Pepper Dem Gang know her for her playfulness.

Standing on his word, Sir Dee said he sometimes thinks Venita’s secret Task and mission is to scatter the ships in the House and judging from what has gone down in the past few days, we can’t help but wonder too. 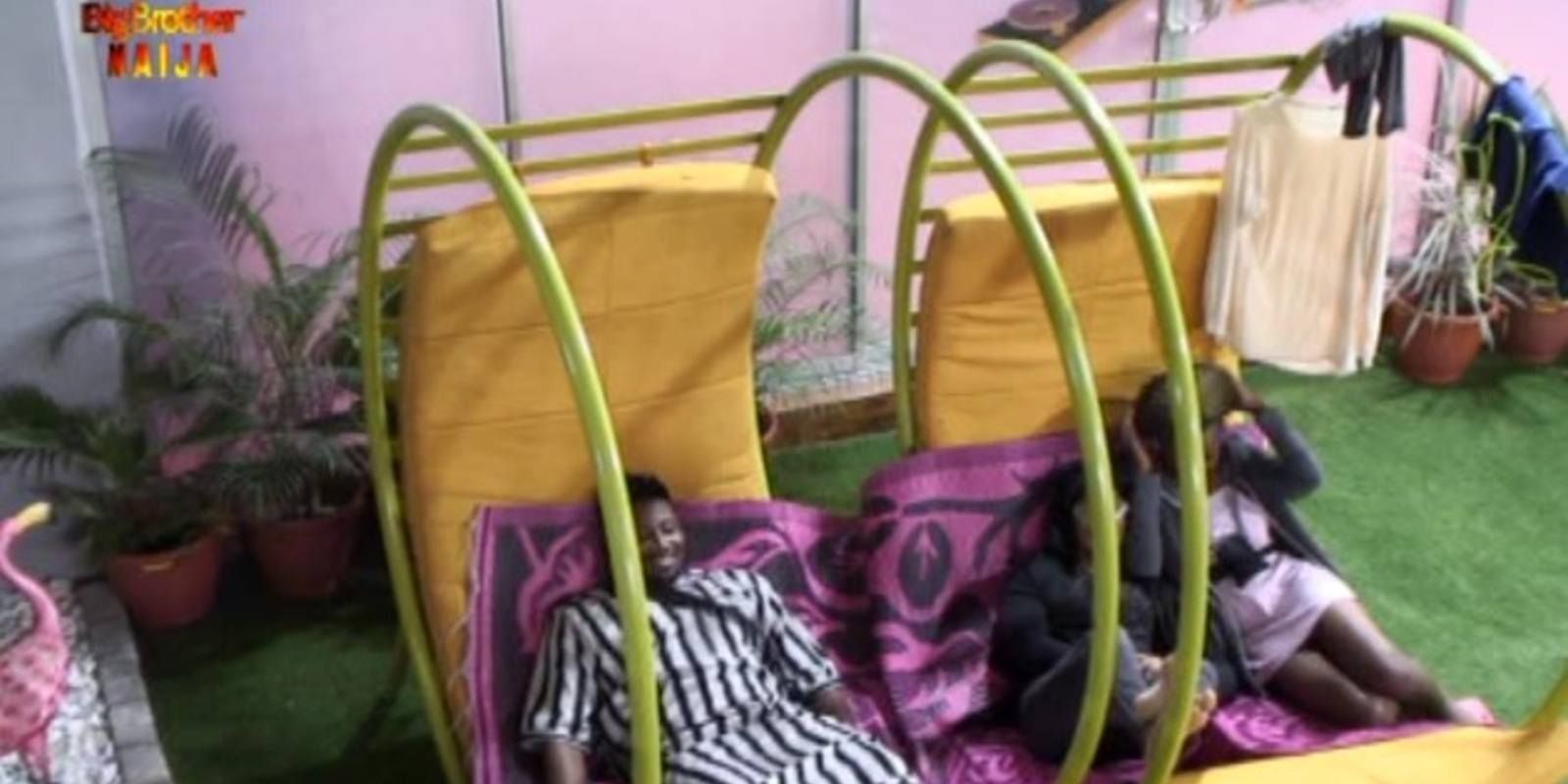 It’s been quite an action-packed week for the Pepper Dem Gang and it’s been quite interesting seeing new strategies and alliances unlocked in the game. To what end though? We’ll find out.

Khafi Is The HoH

In more good news for Khafi, she has just won the Head of House Challenge.

In what seems like the universe comforting her for the Eviction of her other half, Khafi won the Head of House Challenge. After a complicated two rounds challenge, Khafi sealed victory with a deft completion of the puzzle blocks Task. 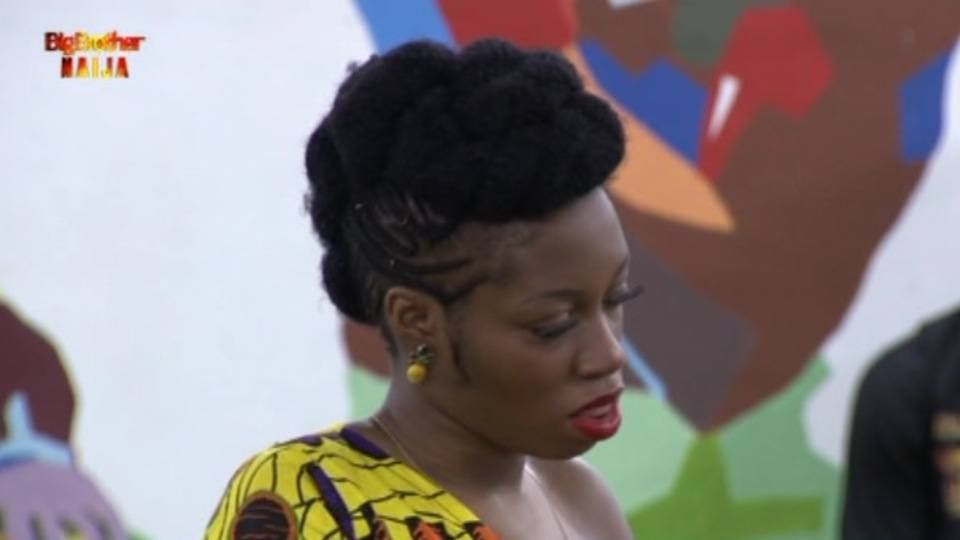 The Head of House challenge started with a brief for the Pepper Dem Gang to pair up first. Seven pairs were formed. Now in picking a partner, each Housemate thought it was a wise idea to pick an equally strong Housemate to fortify their chances of winning the Challenge. If only they knew they were going to end up competing against each other, they probably would have thought otherwise.

Here are the Pairs:

The Head of House Challenge was played in two rounds. The first round which was a game of the ‘fastest hands’ saw the Pepper Dem Gang standing in pairs and make a quick grab of the die placed on the stool in front of them. At the end of this Challenge, Seven Housemates (Venita, Ike, Frodd, Seyi, Khafi, Omashola and Sir Dee) emerged winners and proceeded to the next round. 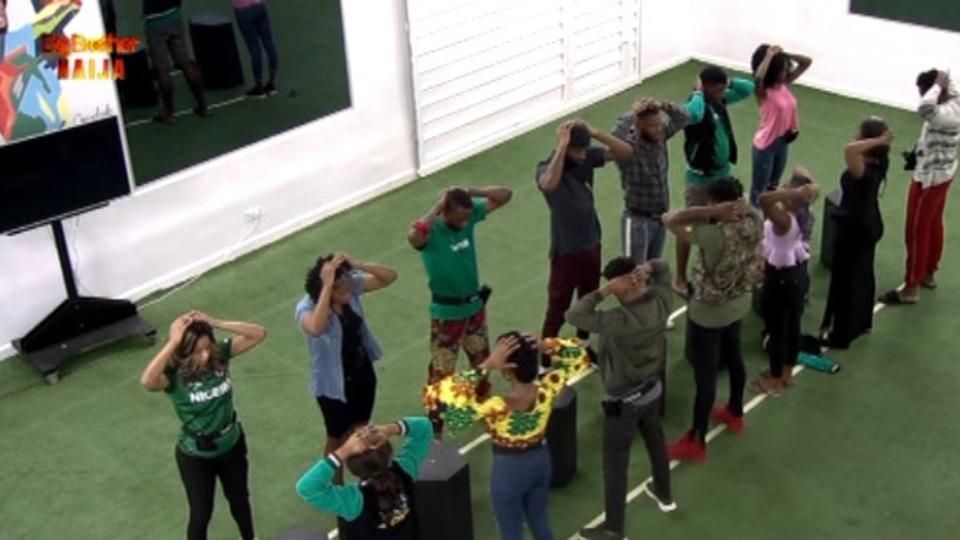 The second round of the HoH Challenge was a Game of speed and intellect. Housemates were asked to replicate a coloured patterned square and the first person to complete it would go on to become the Head of House. Venita was the first to be sent off for an incorrect replica before Khafi was crowned the winner for building the best replica in record time. 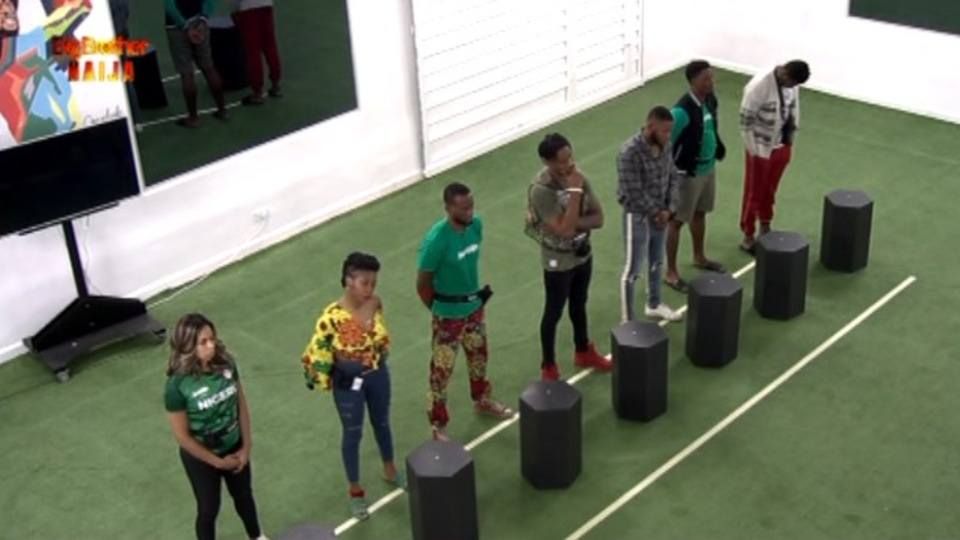 As is custom, Khafi earned herself the immunity privilege for the week, 250 Bet9ja coins, bonus coins for her team – The Legends. When asked about who she’d like to share the Head of House Bedroom privilege with, she was hesitant to answer and this was probably because the one person she would have loved to share it with just got Evicted. She eventually settled for a willing Tacha. Perhaps that’s who she really needs. A strong woman who can help her heal from Gedoni’s Eviction.

Although Khafi seems to be going through a lot at the moment, fate seems to be smiling on her. She recently won the Innoson Challengeand will be driving home (whenever that is) in an IVM Fox. We wonder what else fate has in store for her.

They are not so new in the Big Brother Naija House anymore but they have shown us that they can stick to each other through thick and thin.

As part of Biggie’s twist, Elozonam and Venita came into the Big Brother Naija House to switch up the spice and yes, they have been doing just that. What interests us is the ‘clique’ they have formed since Elozonam Saved Venita from drinking out of the cup of Eviction. Now, let’s delve into their gist proper.

“I choose to Save Venita.”

Elozonam’s words surprised Venita and a few Housemates as well. Explaining his action to her, Elozonam said they were new in the House and he thought they needed more time hence his choice. What could Venita say? other than to agree with him. In a way, he spoke and acted like a true friend. This is a plus in their friendship story as their alliance was tested and it survived. Kudos guys.

Learn To Walk Away

What do you call a friend who doesn’t want your blood pressure to rise over irrelevant matters? A healthy friend perhaps? That’s what Elozonam is to Venita.

When Venita tabled her issues with Khafi to him, Elozonam advised her to drop all the gossip about Khafi if she doesn’t want other Housemates to gang up against her, Wow, what a way to give counsel with a hint of warning.

Friends like these two are the type we need in our corner. Don’t you think so?

Actress Ronke Odusanya is introducing her Daughter to the World

Is Chris Brown about to Welcome a Son with Ex Ammeka Harris? Here’s What We Know