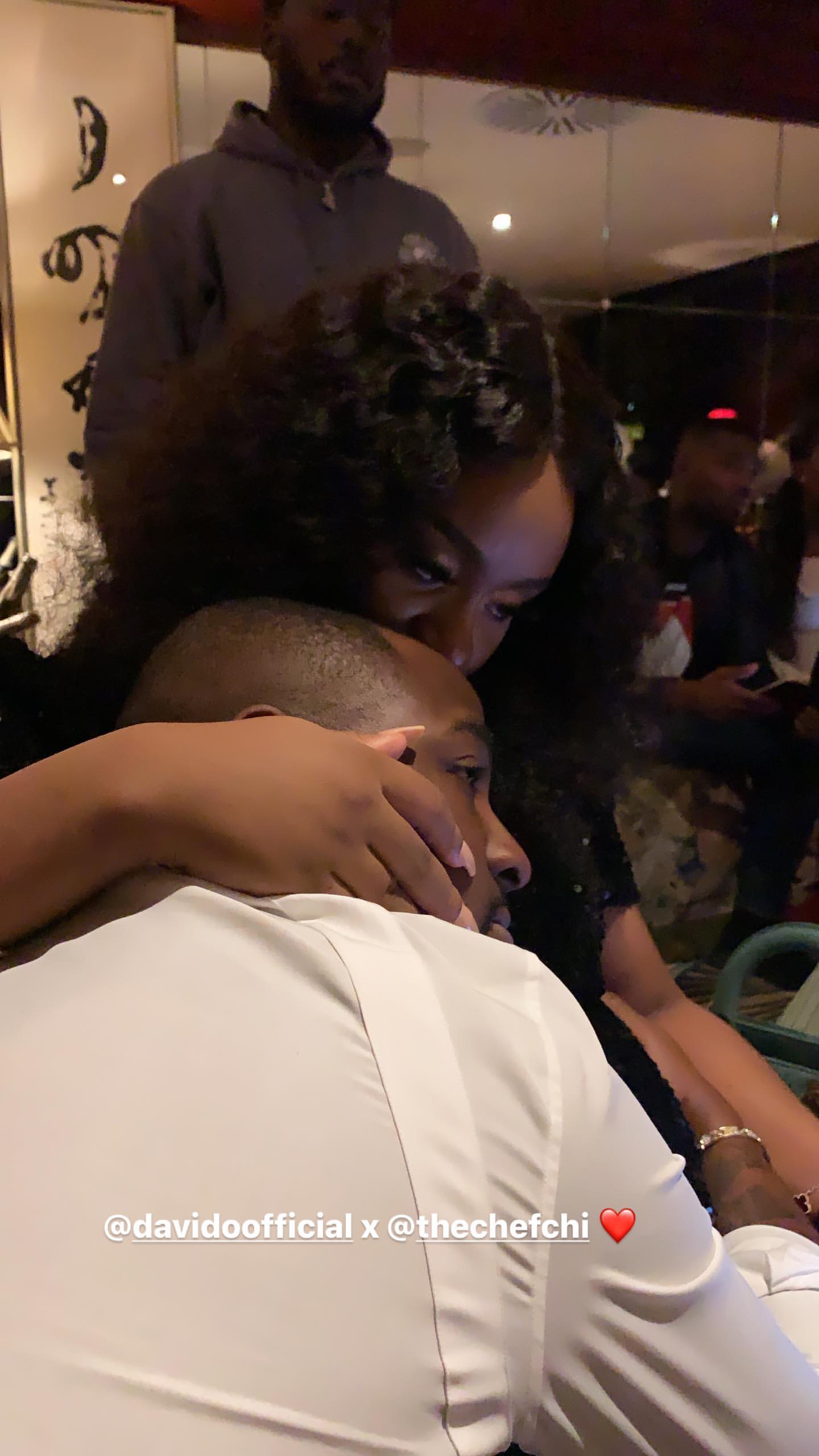 Last night, Davido proposed to the love of his life, Chioma and she answered Yes.

Davido and his fiance are expected to tie the knot next year as the singer has been dropping several hints on #2020.

A few weeks ago, she introduced Davido to her family.

Fans of the couple are super excited as a video from the proposal confirmed news that Chioma and Davido are expecting a baby.

What I love about Davido & Chioma’s engagement is that people are genuinely happy for THEM and not focused on the fact that she’s pregnant! That man genuinely loves her

We all know Chioma is pregnant, she can stop hiding

yes Chioma is pregnant, and so what? why are so many ppl pressed about something that has nothing to do with them ? is that your child? Is that your relationship? do they owe you money??!

There’s no way Chioma ain’t pregnant. Their baby is about to be cuteeeeeee

So Davido’s friend just confirmed Chioma is intact pregnant and it seems it’s a boy. I’m so happy she’ll be giving him his first son. Nigerians will defo carry story and say he put a ring on it because of pregnancy, lol but pregnancy won’t keep a man who doesn’t want you

Related Topics:ChiomaDavidoDavido and Chioma Engaged
Up Next