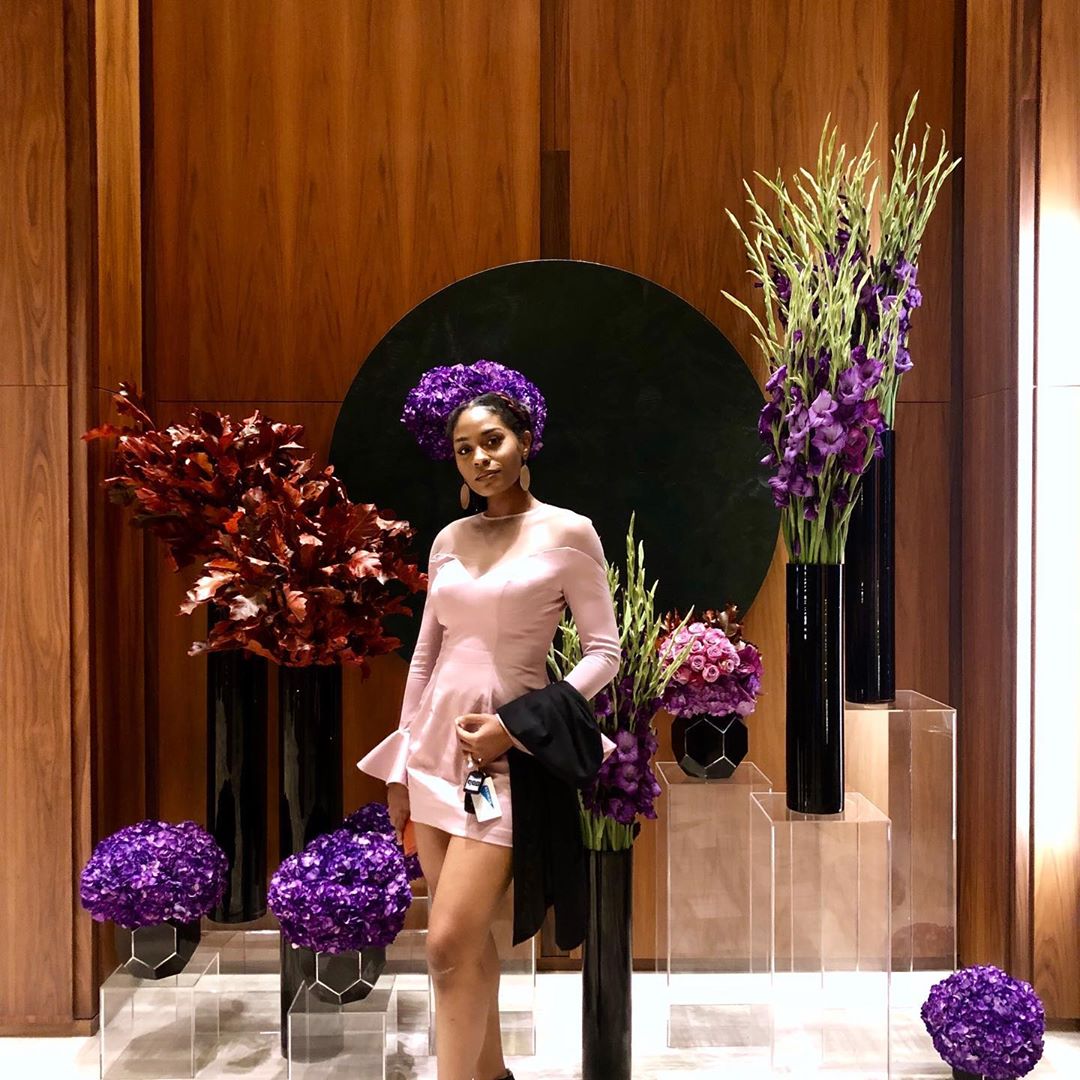 The Toronto based actress was her fashionable best in rose pink Andrea Iyamah with an illusion mesh neckline and softly fluted sleeves. 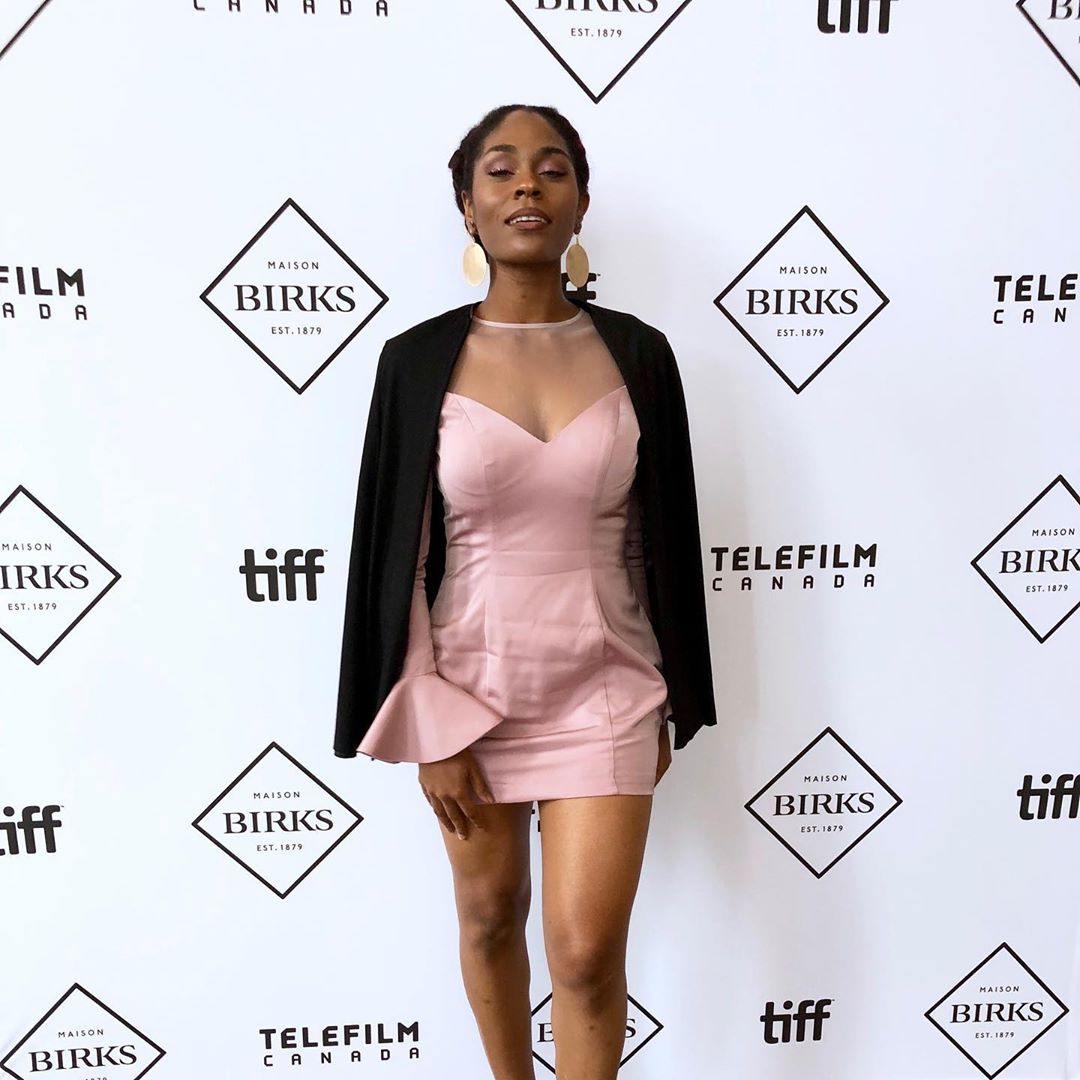 The actress often opts for outfits with a bit of an edge, and this was a departure from her more directional looks, but was refreshing nonetheless.

She completed her look with a braided updo, gold earrings and a black blazer to ward off the chill.