The summer isn’t over yet as we get one more heat wave from Seyi Shay this Sunday.

It’s the Live Show before the finale and Seyi Shay has an electric package in store for us! Feeling the shock waves already? Yes, we know you are because we feel it too.

Who better to murda that thing than Seyi Shay? That’s exactly what she will be doing on the Big Brother Naija Live Show Stage.

Not new to the Big Brother Naija stage, Deborah Oluwaseyi Joshua whom we all know as Seyi Shay is going to dish out some electric vibes come Sunday and yes we can say it’s okay to set ourselves up to be musically shocked.

Coming from a family that’s musically inclined (mom was a chorister and her sister used to compose songs for TV), it was not rocket science that Seyi followed in that line. With her powerful vocals which have led to some collaborations with international musicians, it’s indeed a pleasure to be serenaded by this talented singer. 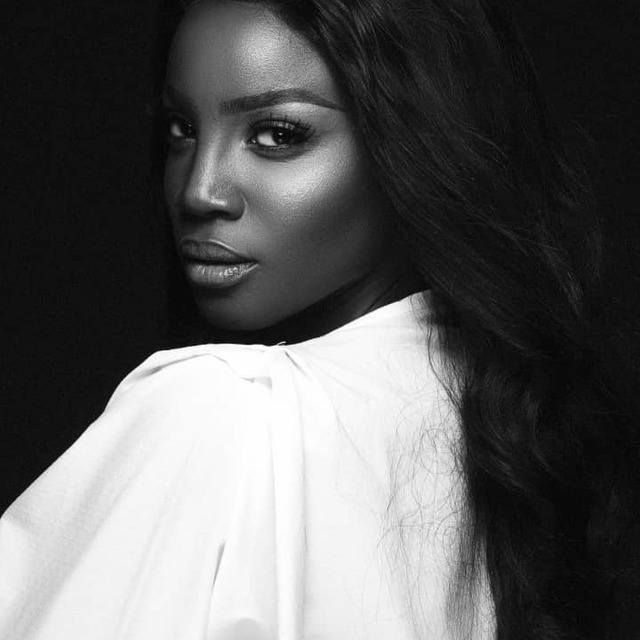 You already know you live only once, so why worry when we have Seyi Shay to help shake it away with some good weekend vibes. All you have to do is locate your partner, give happiness a chance and Yolo! 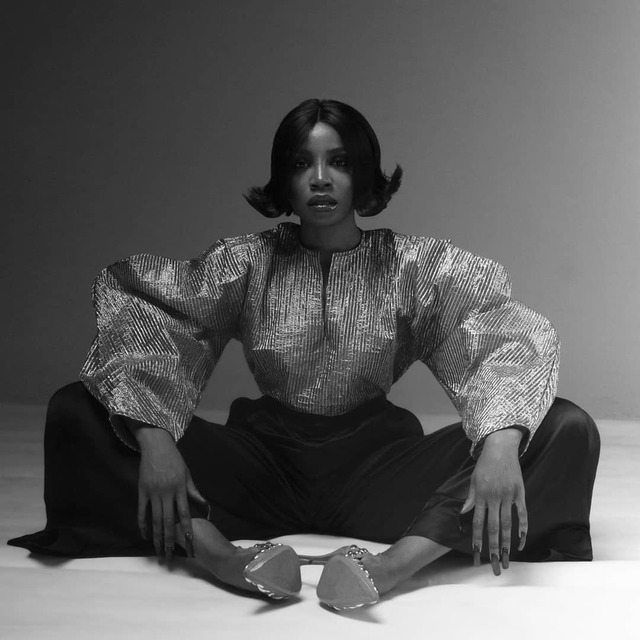 Be it samba or rumba, it doesn’t matter just ‘komole or bend down low’ and enjoy the flow of rhythms that the Big Brother Naija Live Show promises.

Fond of talking about their favourite movies, the Pepper Dem Gang have been given the opportunity to not only watch a movie but also get into characters. Wait, ShowMax wasn’t done yet as awards will be presented to the best and worst performers!

The scroll was read to the House by Seyi and the Housemates got the hang of what they were in for. The challenge requires they pick one of the movies from ShowMax, watch carefully and re-enact their favourite scenes from the movies. There were rules attached to this Task as Housemates were not to watch more than one movie or an episode of a series. Oh, they were also warned to stay away from watching any content related to the Big Brother show or the Hot Room. Well, curious minds will stay curious till after the show.

Apart from that, Housemates must pair up for this challenge and re-enact eight scenes. That was not all, individually, Housemate must feature in at least two scenes. One as a leading role and the other as a supporting cast. For this challenge, they were given four hours to prepare before the showdown and we can’t wait to see what they have for us. 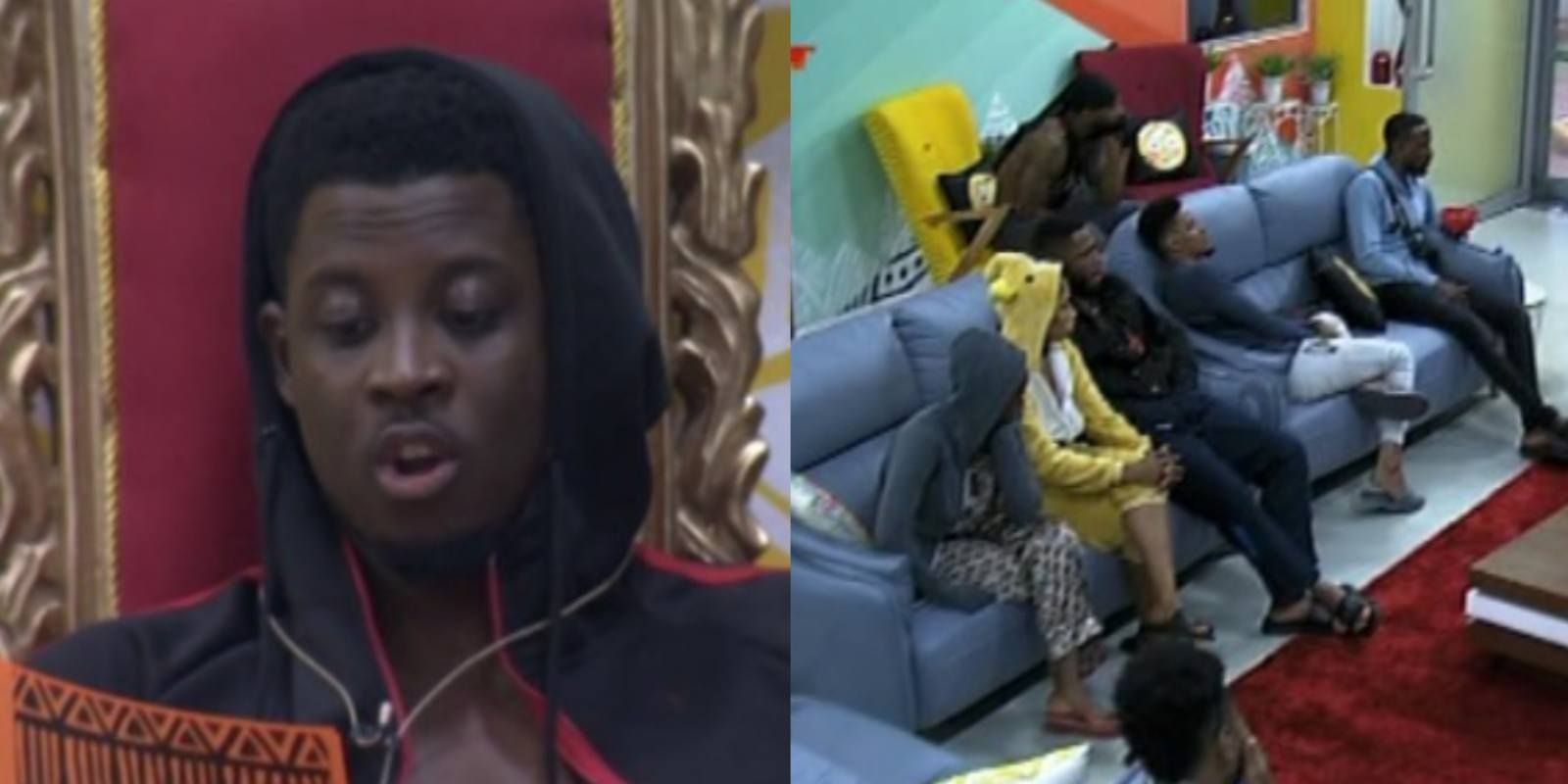 The awards will be in the following categories:

Wow, this is more like the AMVCAs. We think it is because, after their performance, they must put up a special red carpet and award ceremony. Seems like the Pepper Dem Gang have their work cut out for them.

Whenever it comes to making Task decisions in the House, the process is never smooth and today was no different. One camp led by Frodd wanted the House to watch an indigenous movie while the other camp wanted a foreign movie. To avoid unnecessary arguments, Seyi asked the Housemates to vote and the camp foreign movie won.

The Housemates also found it difficult to settle for a particular movie and after much scrolling, they finally decided that ‘Acrimony’ was the Best. Hmm, let’s see how they will re-enact scenes from this movie. 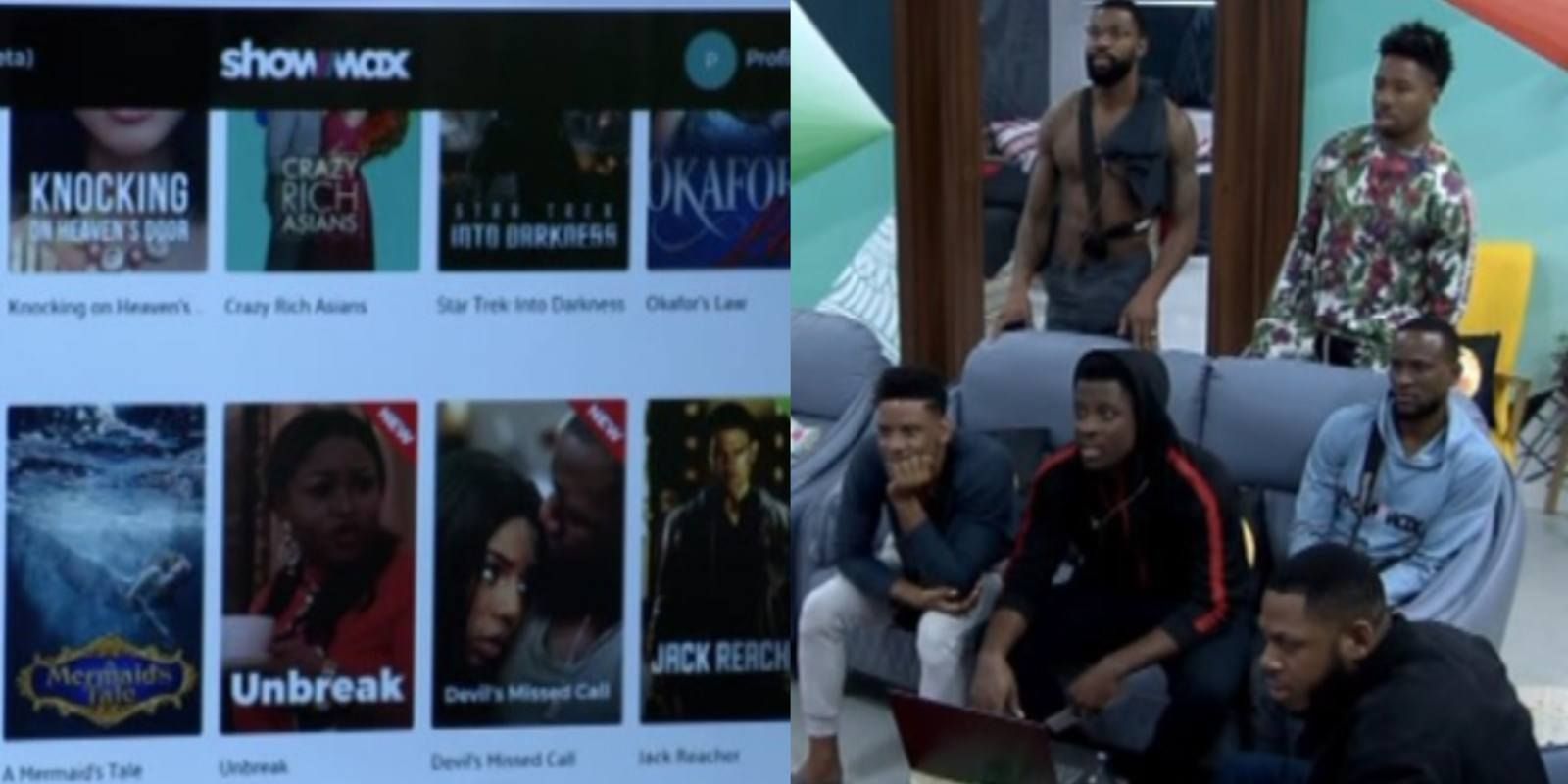 Grab your popcorn and drinks because, in a few hours’ time, the Pepper Dem Gang will be treating us to a cinematic experience.

After their ShowMax acting performance, the Pepper Dem Gang were treated to a red carpet and award ceremony where they had to do some role-playing.

From their banging outfits to their eloquent words, they sure brought in their A-game to the red carpet. AMVCA loading! ?

On the ShowMax red carpet hosted by our very own baby girl for life and cruise president, the Housemates showed us how stars do. Fashionably and stylishly representing their unique styles, the Pepper Dem Gang came through dripping.

The suits, dresses and blings featured on the red carpet and we couldn’t get over their looks. Styling careers unleashed, perhaps? 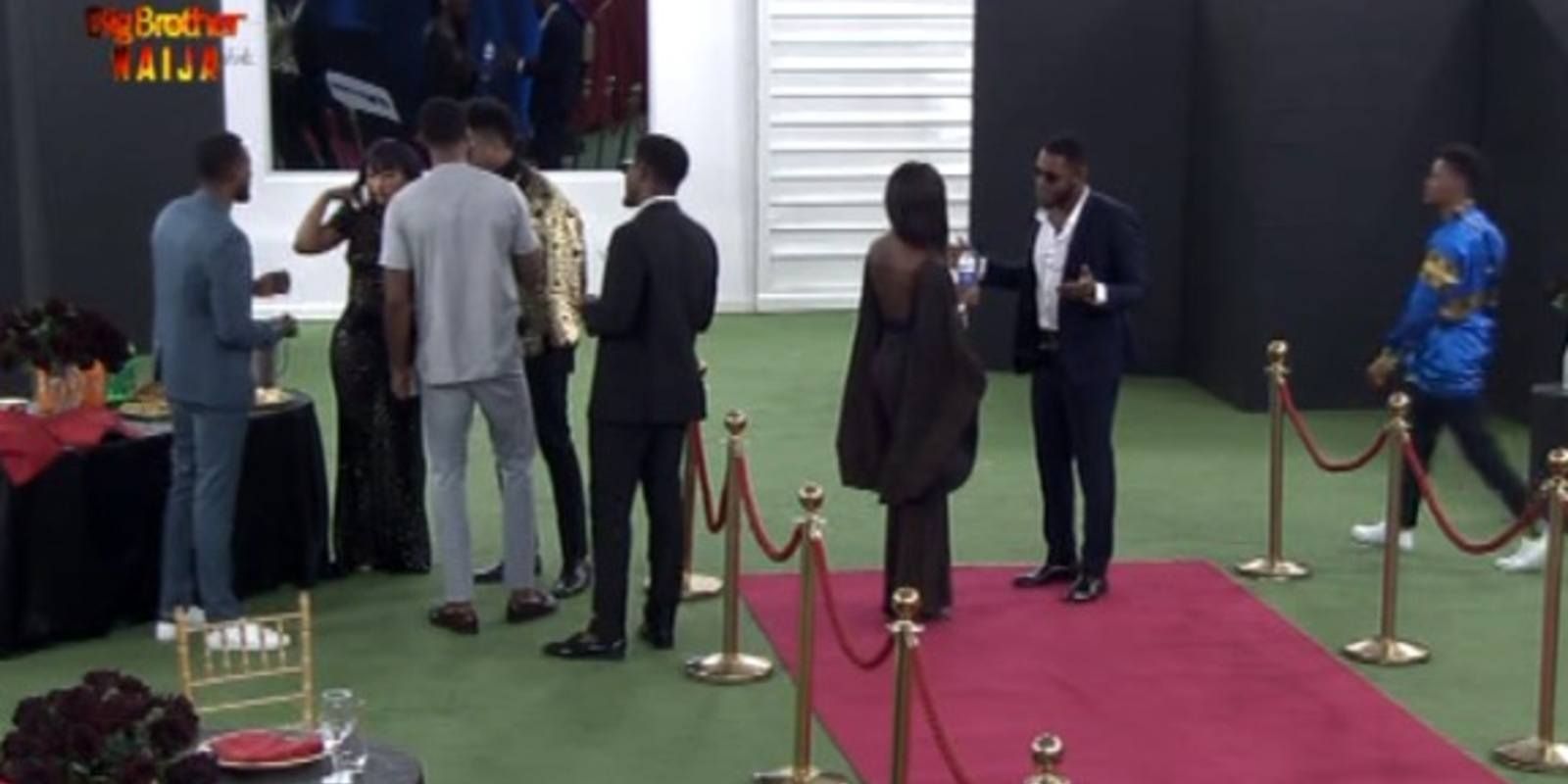 …And The Winners are…

You Voted for your preferred Housemates according to their performance in the drama and we gave the winning Housemates an award to remember.

With Seyi anchoring the award ceremony, the Housemates delivered awesome performances and in whole, a great show. 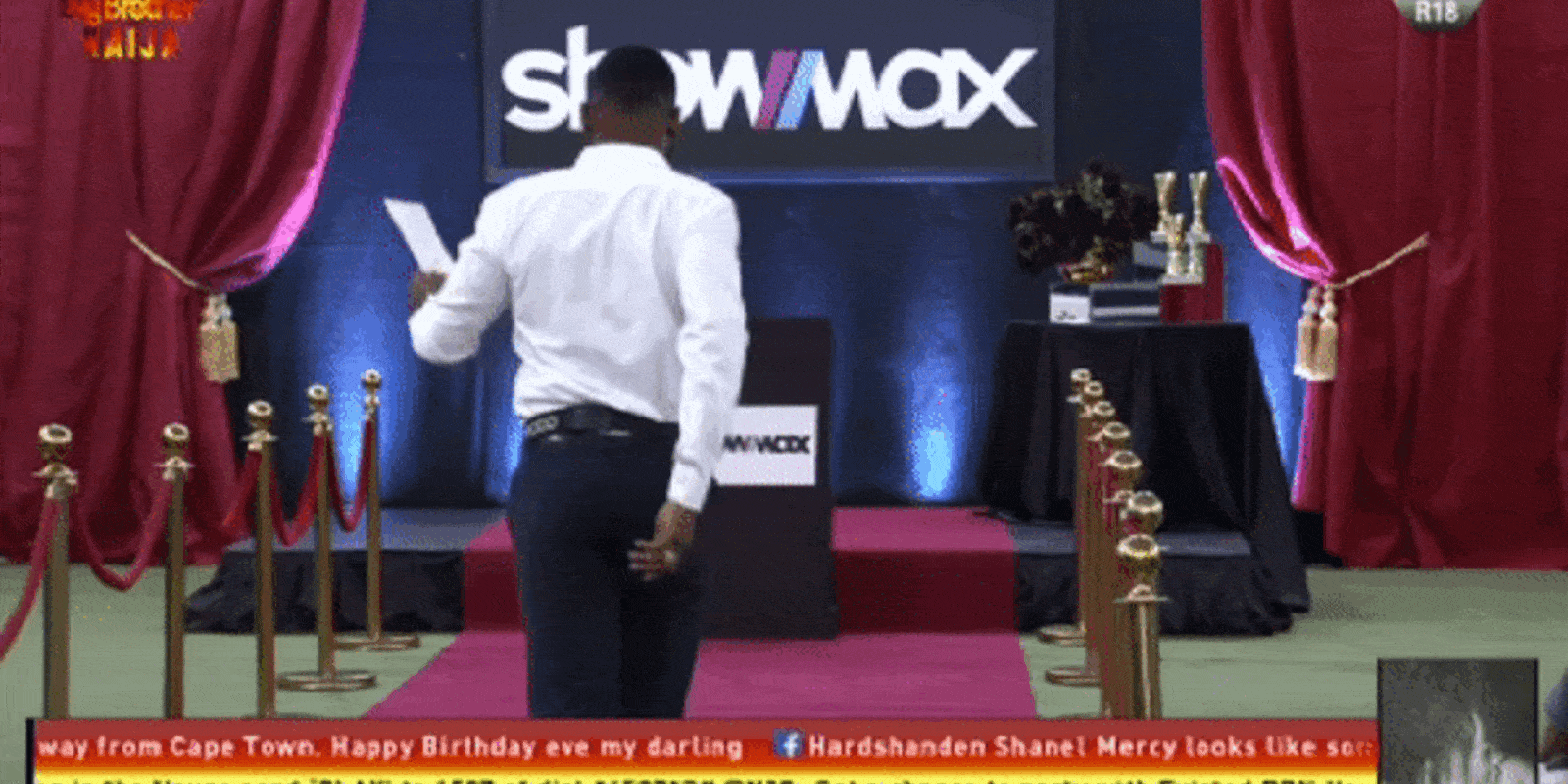 Omashola and Frodd let their comedy skills loose as they came through with individual stand-up comedy performances. Mercy took on Beyonce’s role for a few seconds while she performed the popular hit single – “Irreplaceable”. 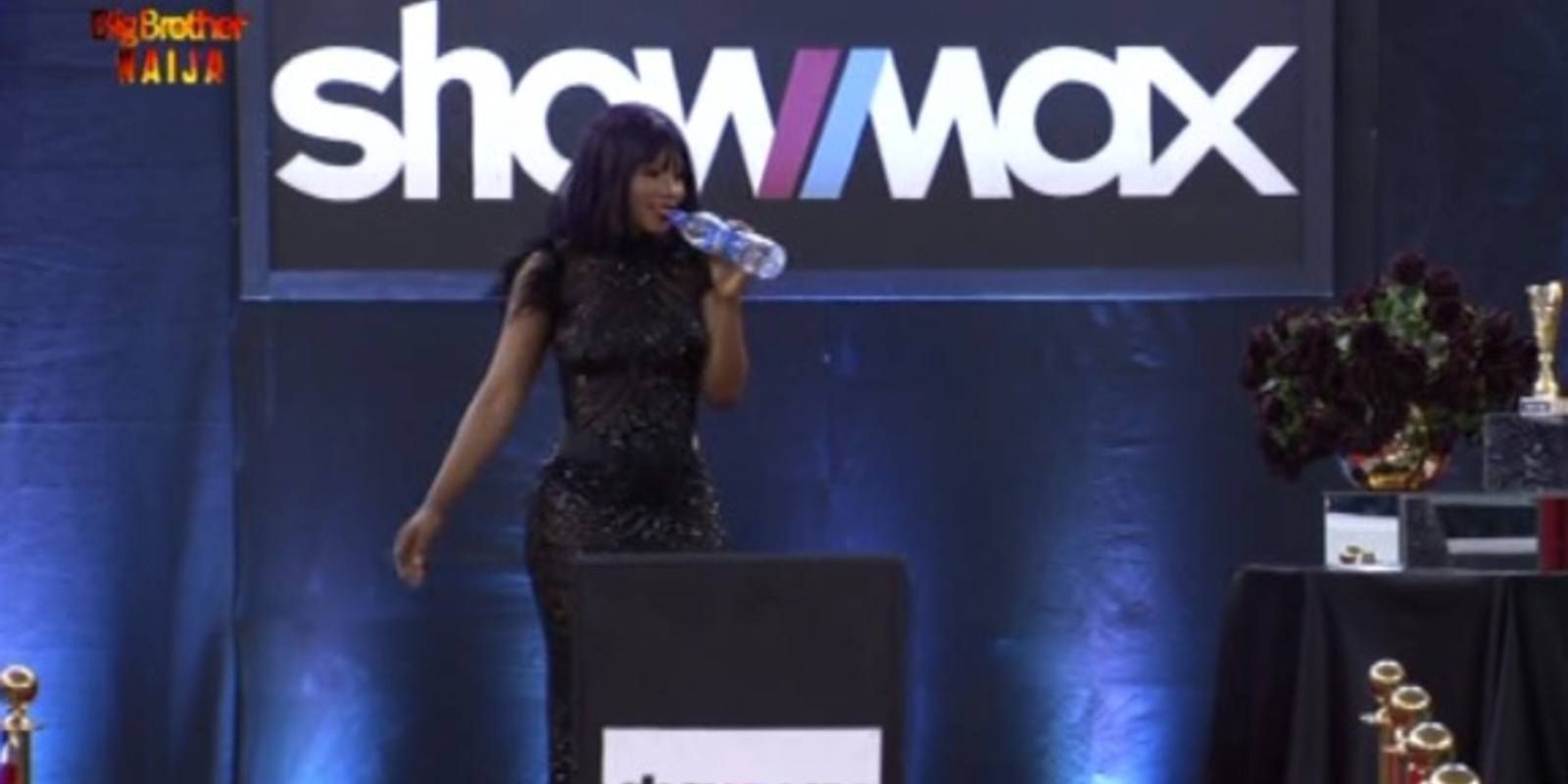 Asides the awards presented by Seyi, the Housemates took it upon themselves to recognise their very own gangsta star Ike – with Elozonam presenting this award.

Speaking of recognition, Mike gave a shout out to Diane for nailing her lead role performance in their play and for this, Mercy sacrificed her award to Diane. Talk about friendship goals! 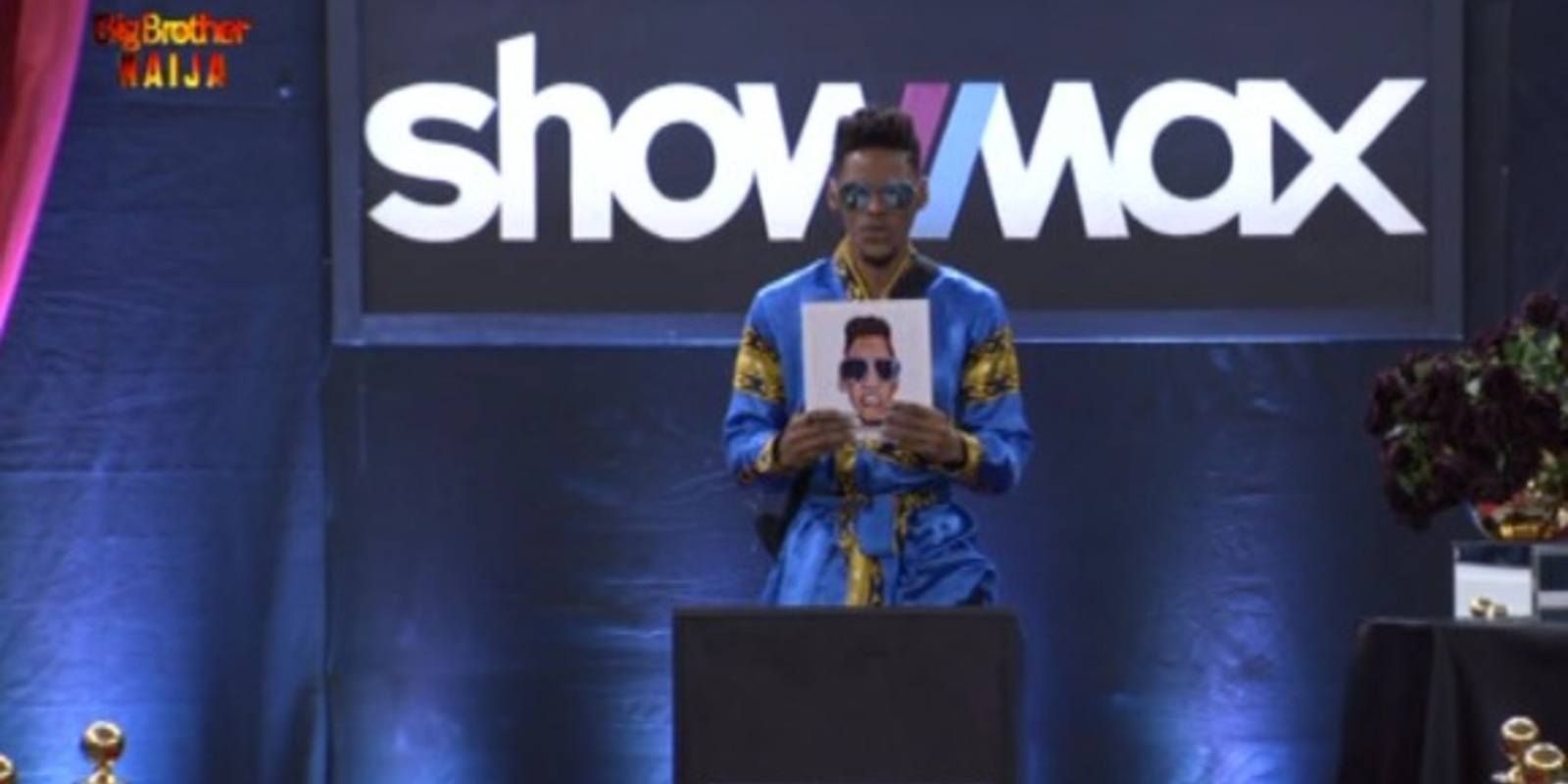 It was a hit back to back with the Housemates and we can’t wait to see what other show they’ll put on during the Night Party. Stay tuned!

Glow In The Dark Sensations

The Pepper Dem Gang gave us an ultimate guide on how to rock an awesome glow in the dark party.

Courtesy of MimaXclusive, the Housemates rocked the Pepper Dem dancefloor with their glow in the dark outfits and props. It was hard voting for the best dressed as they all looked glam and nice.

Of course, what’s a neon party without great music right? Well, thanks to DJ Demola DSA for coming through on this one. 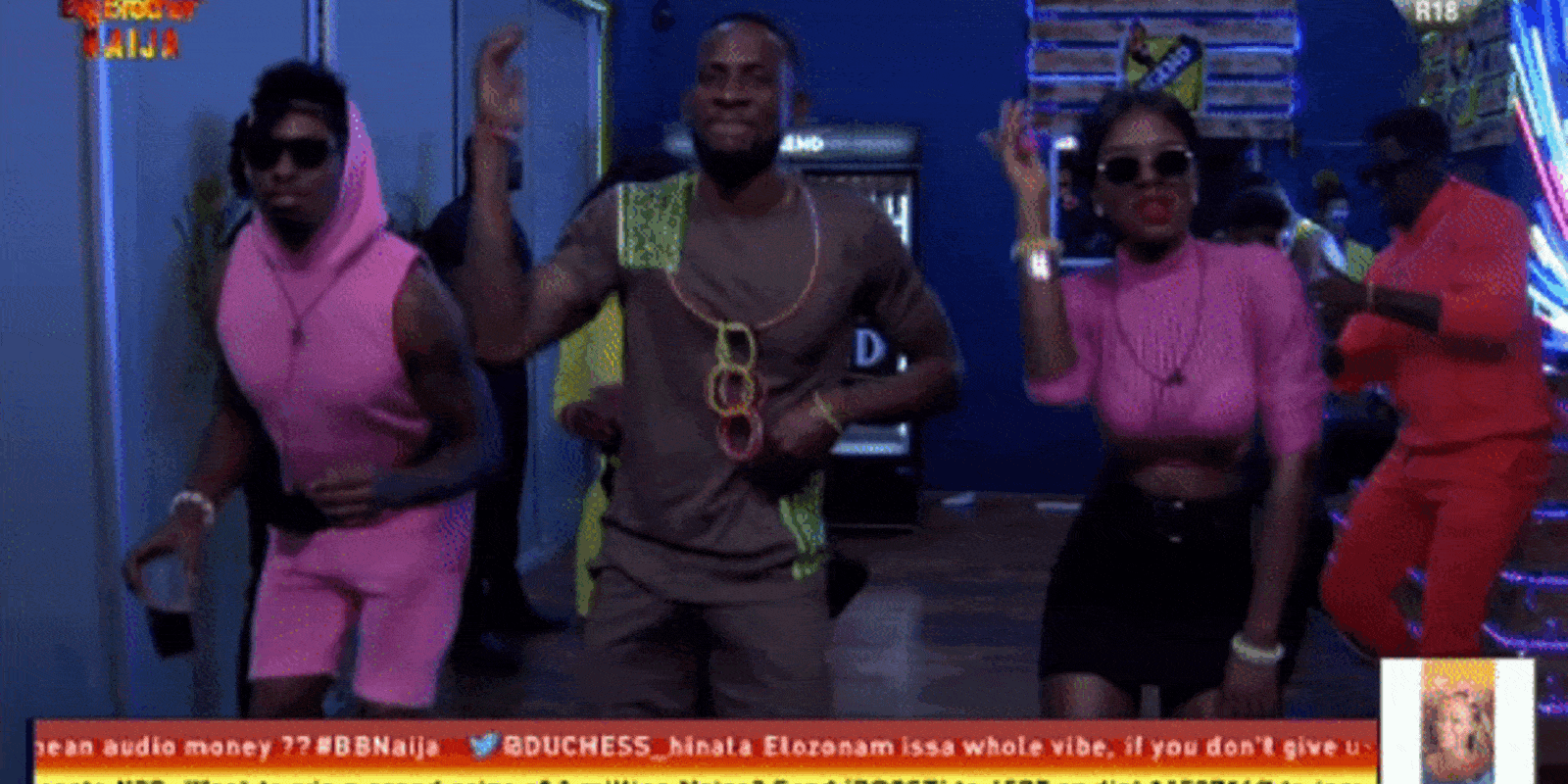 Who Rocked It Better?

The moment Mercy’s wig came off, Elozonam and Ike took it upon themselves to do some modelling with the wig.  As they took turns to know who could pull a Mercy better, we couldn’t help but crush on their newfound looks. 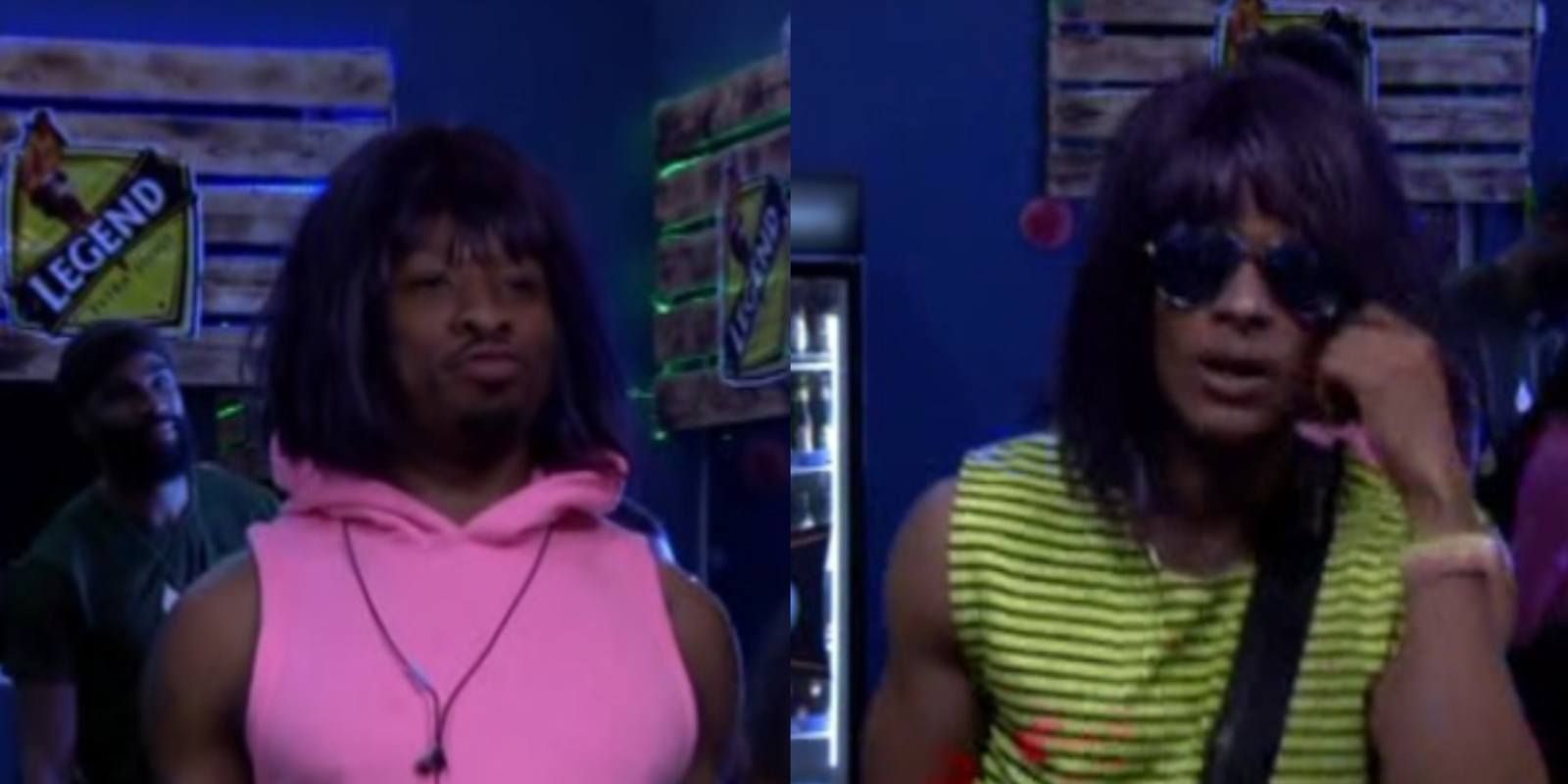 Capture it with Oppo

Ain’t no party like a Pepper Dem Saturday Night Party but what’s the party without an Oppo moment? 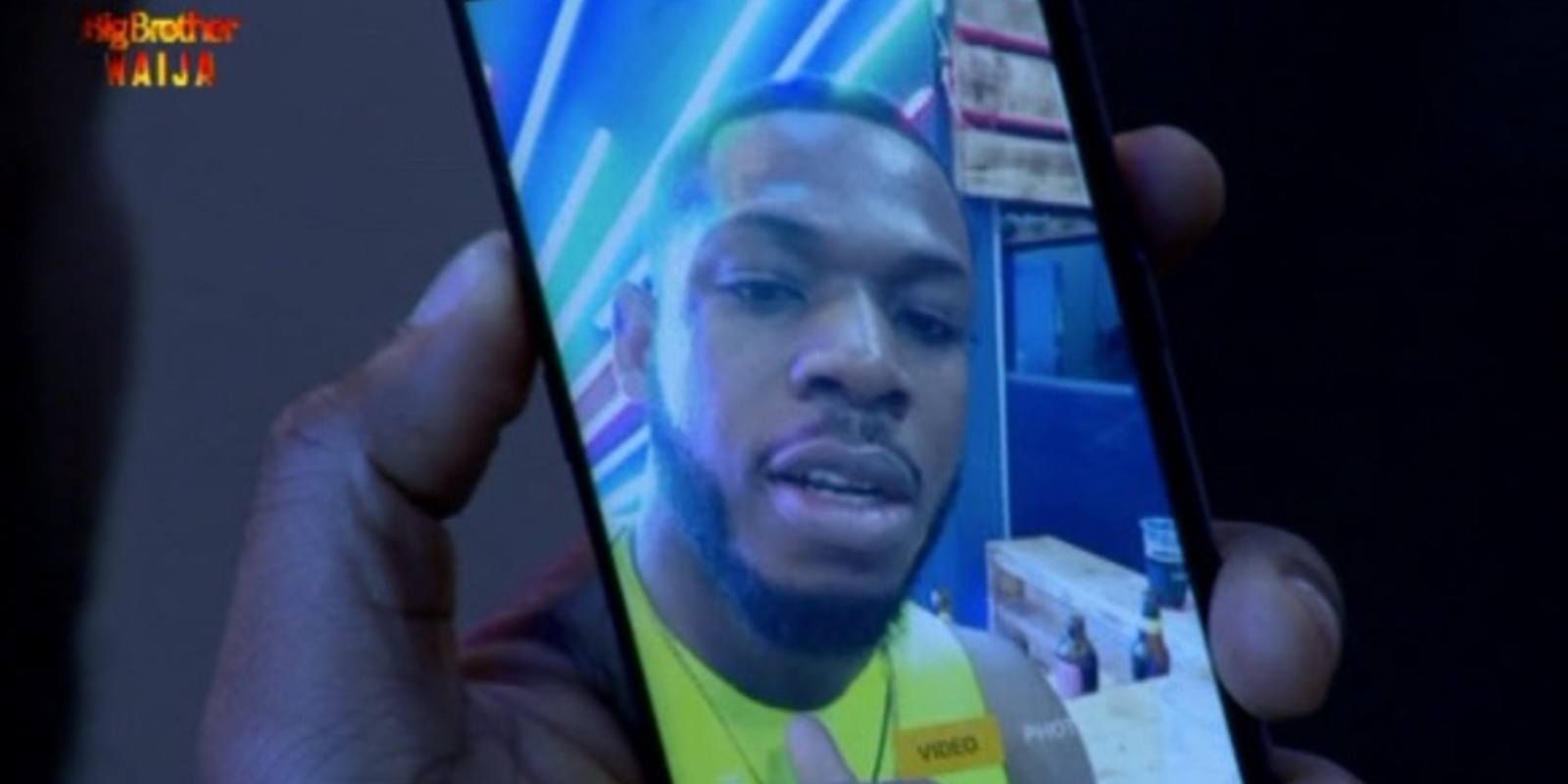 As anticipated, the Icy pair gave us goosebumps as they shared intimate moments on the dancefloor. We also got a dose of couple vibes from the not-so-couples in the Pepper Dem House; hello there, Diane and Frodd. 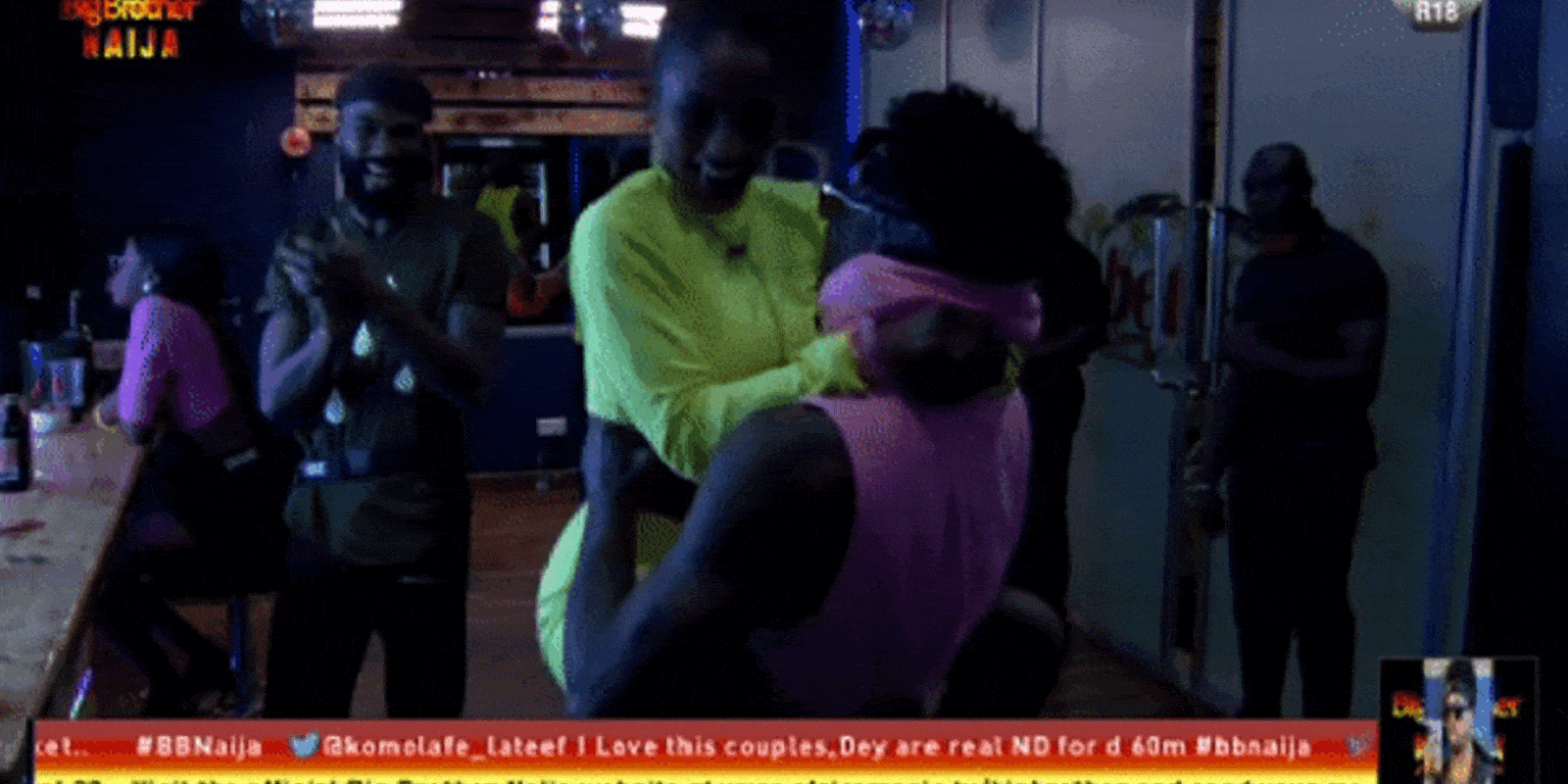 With the finale drawing near, the Housemates seem to be taking in every bit of the activities in the House and tonight was no exception. We’ll definitely miss grooving with them every night.

Check Out this Lovely First Photo of Dodos & Her Love Tolulope’s Intimate Destination Wedding in Marrakech ?