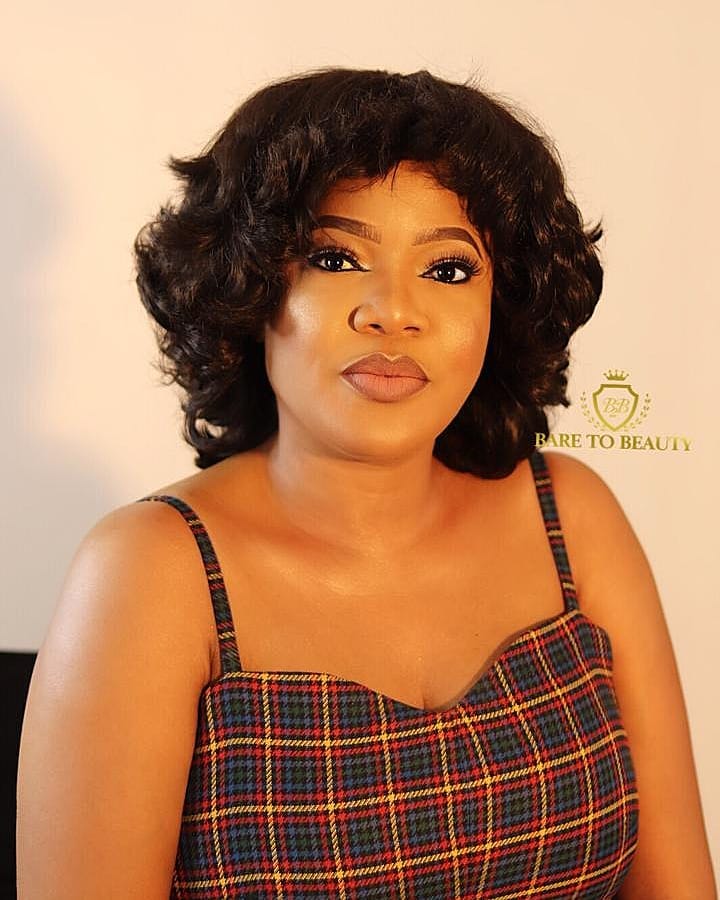 Nollywood actress, Toyin Abraham has sent her colleague, Lizzy Anjorin a cease and desist notice, accusing the latter of making defamatory statements against her.

Few days ago, Lizzy Anjorin accused Toyin Abraham of creating fake Instagram accounts to attack her colleagues while also calling her a liar.

. Oniro omo ale ..Na only you get fans wey dey look for trouble , why your fans no behave like this last year ?? Upper year , were was this fans when dey use to drag you dirty with egbe gbe ???? . . Make I continue with facts . . Why 99.9 percent of this account you claimed as fans always on private with zero post . Oja ti burst faa.. . God bless my fan for minding their business ,They will only explode when you come for their brand .. . Besides, na some comment expose you that you are behinde the shit ..otafa soke yido bori?? . Chaaaaaaange no fans get time to dey jump up and down for one person …everybody get their own problem.. . If my fans cant get me private jet biko no go look for trouble …but if they come for us ?? Kill them all with everything you have .

Toyin responded to the post and vowed that the issue will be taken up by her lawyers and Lizzy will hear from them by Monday.

It has come as a rude shock that some upstarts masquerading as Nollywood actors keep dragging my name into unnecessary drama whenever they are trolled online.

I’ve had my own share of online trolling but not for once did I drag the names of any actor or celebrities into the fray. Even when we don’t have cordial relationships.

Today, an actress directly mentioned my name as the owner or informant of an Instagram blog and libelled my person and reputation by implying I planted or published some negative news about her.

Why she mentioned my name, I can’t say.

Toyin Abraham says colleague will hear from her lawyers by Monday
What she’s trying to achieve, I can’t fathom. Long ago, I bade bye bye to unnecessary drama and petty online/offline squabbles and so I won’t descend to her gutter level.

Her so-called “evidence” of my involvement was a comment I left on the page of a fan she suspected is behind the story.

How I became connected to the story beats me. This level of cluelessness is mind-boggling.

For the umpteenth time, stop holding me responsible for the actions or inactions of other people as it concerns you. Whether they are my fans or not, I don’t regulate or determine their behaviour or conduct.

Nobody holds Beyonce responsible for what her teeming fans, “Beyhives” do.

Anyways, I have instructed my lawyers to take up this matter and she will be hearing from them by Monday. It’s time to put a stop to online bullying and bad behaviour in line with the rule of law.
cc @officialsamolatunji1 @bbbmedia
#TOYINTITANS

Silence is not golden. Rather than wrestle with a pig, it might be ideal to let the pig know that it belongs in the pen. No longer speaking on this, my management team and attorneys are taking this up. 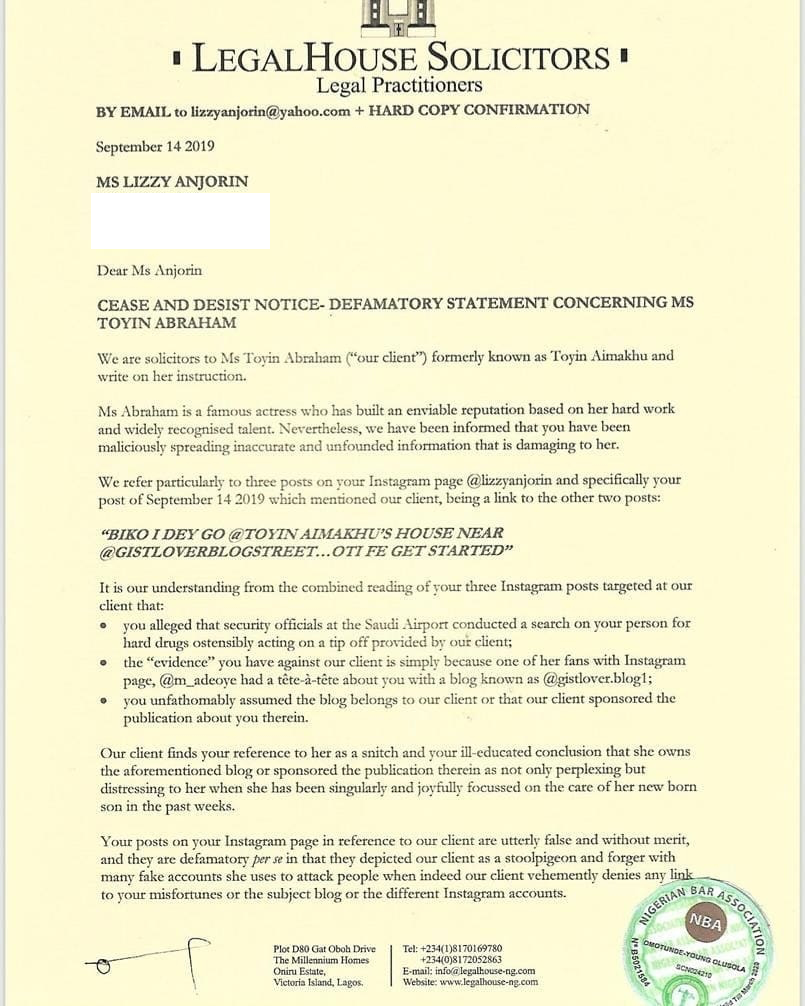 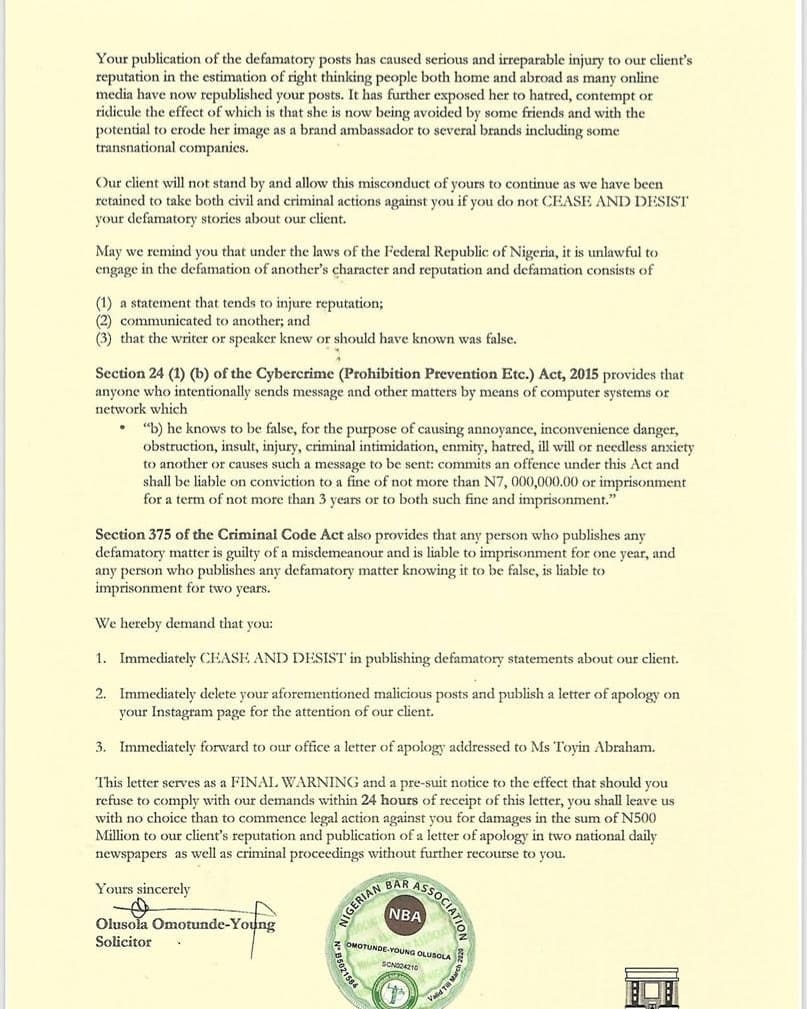 Lizzy Anjorin, in response to the notice, shared a video of herself dancing, while calling on people to buy some of her products because she needs money for legal services.